“I wouldn’t trust you running a bath, let alone a fucking restaurant!” Gordon Ramsay once yelled at a restaurant manager on Kitchen Nightmares. With a matter of months left until Britain exits the European Union it is hard not to think of the Brexit process in the same light. If this was a restaurant it […] 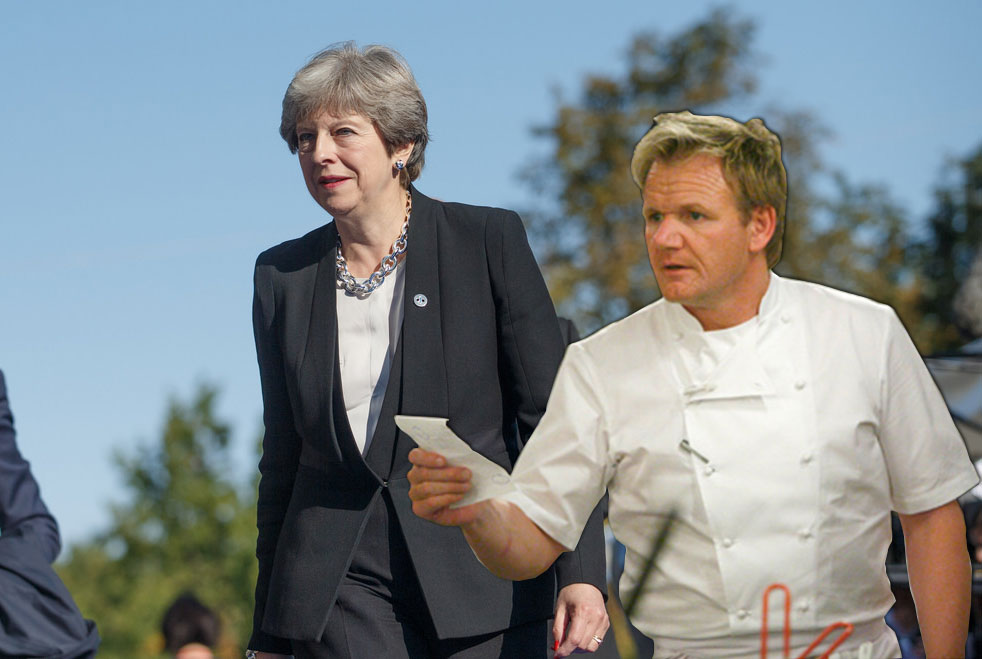 “I wouldn’t trust you running a bath, let alone a fucking restaurant!” Gordon Ramsay once yelled at a restaurant manager on Kitchen Nightmares.

With a matter of months left until Britain exits the European Union it is hard not to think of the Brexit process in the same light.

If this was a restaurant it would be in dire straits. The previous owners have run away, the expensive ad campaigns have been widely discredited and staff and owners are constantly at loggerheads.

If ever a government was in need of a saviour it is this one.

So far this year we have learned that the government awarded a $17.5 million contract to provide ferry services to a company with no ferries, they spent £48,950 on a failed traffic jam and that we could expect 40 per cent tariffs on British beef and lamb exports after a no-deal Brexit.

In parliament the Tories have lost three votes in one day, pulled the most important vote in years and lost a Finance Bill vote for the first time in 41 years in the space of a month.

If we weren’t living in such absurd times the shutters on this operation would have gone up a long time ago. Yet against all its own advice, the march towards obviation continues.

Lloyd Russell-Moyle summed it up well when he symbolically lifted the mace and removed it from parliament because it had “effectively given up its sovereign right to govern properly”.

But perhaps the words of Mhairi Black sum it up best. The Brexit saga is symptomatic of a “broken democracy”, and this country no longer has trust in its government.