Since the news broke that Din Tai Fung would open in London, the first European restaurant from the world-renowned chain has become one of the most hyped launches of 2018. Established in 1958 by Chinese-born Bingyi Yang and his wife Lai Penmei, Din Tai Fung began life as a cooking oil retailer in Taiwan. As […] 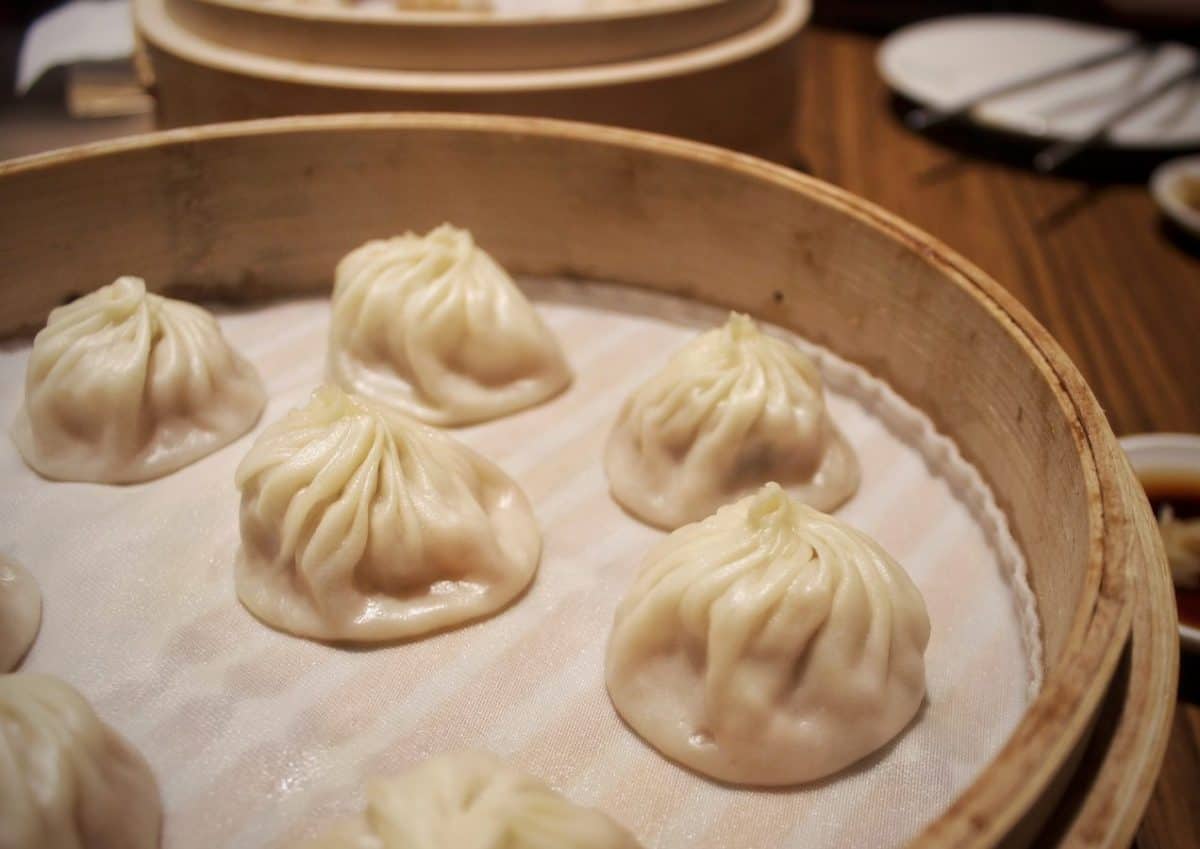 Since the news broke that Din Tai Fung would open in London, the first European restaurant from the world-renowned chain has become one of the most hyped launches of 2018.

Established in 1958 by Chinese-born Bingyi Yang and his wife Lai Penmei, Din Tai Fung began life as a cooking oil retailer in Taiwan. As a way of diversifying the business, however, the site in Taipei began to offer xiao long bao (Shanghainese soup dumplings), eventually converting the whole shop into a restaurant. The famous xiao long bao are now served in over 140 restaurants around the world – having become the world’s largest chain specialising in dumplings – with outposts in the United States, Australia, China, Dubai and Indonesia. At the beginning of 1993, The New York Times listed Din Tai Fung as one of the world’s top ten restaurants, while Forbes declared the brand’s dumplings “the best in the world” in 2011. Moreover, the restaurant’s first Hong Kong branch also received a Michelin star in 2009.

Set to be followed by another restaurant set to open in the recently redeveloped Centre Point building next year, Din Tai Fung’s Covent Garden restaurant opened last week and has already become a talking point amongst food obsessives, with four or five hour queues expected at peak times. With space for 250 covers, the ‘no reservations’ restaurant offers a text-back system for would-be diners, though queues are still inevitable while registering for the waiting list. With this in mind, I skipped breakfast and headed over to the restaurant with the intention of arriving at 11 o’clock, when the restaurant opens. Turning onto Henrietta Street from Bedford Street, I could see a queue of around 15 people in the distance, already waiting to sample the globally-renowned dim sum.

“Unfortunately we have an issue with the gas pressure and aren’t able to open right now,” a hostess warned me, armed with a clipboard. “But if you would like to leave your name and phone number, we’ll give you a call as soon as the restaurant opens.” At number 23 in the list I was included in the first wave of diners seated, receiving a text message around 45 minutes later. The teething problems weren’t ideal, but the huge, clean cut space quickly began to fill, with food arriving at the table considerably quicker than had been provisionally warned.

Past the long cocktail bar (the chain’s first), the ground floor of the split-level site features an ‘open concept kitchen’ as the restaurant’s main focal point. Here, a brigade of calm and collected Dian Xin chefs prepare dumplings by hand. The xiao long bao, for instance, require a minimum of 18 folds, passing through six different stations each wrought by a different team of chefs, before being served in bamboo steaming baskets. The entire process takes approximately 40 minutes.

While the heavily illustrated menu isn’t currently as extensive as the world’s other outposts, the chain’s commitment to quality continues with the import of various ingredients specially grown for Din Tai Fung, ensuring consistency. Moreover, it’s also worth nothing that dishes are relatively expensive when compared with the chain’s other branches and some of London’s most impressive dim sum destinations.

Lunch begins with a simple dish of cucumber hunks, lightly pickled and embellished with slivers of chilli and garlic (£4.50), whetting the appetite for a parade of dumplings. Followed by a brief explanation of the restaurant’s recommended serving technique (dipped into a mixture of soy sauce, rice vinegar and ginger), the xiao long bao are quick to arrive. Various iterations are available, including chicken; angled gourd; and pork and truffle, yet the classic pork dumplings are the main draw (£10.50 for eight). Plump, round dumplings are filled with minced pork and a ginger-rich broth made with ‘fragrant oils’. When slurped the soup has remarkable depth of flavour, transcendently lavish against the fatty pork: an outstanding example of the style and a worthy signature dish.

Pork and crab xiao long bao (£7.80 for four) are equally well-made, yet the sweetness of crab is somewhat overpowered by the pork. Chilli crab and pork xiao long bao (£2.50 each), however, is a small miracle, with a slightly thinner wrapper and a drizzle of fierce chilli oil to enrich the broth and coax further intensity from the crab, slicing through the pork fat.

Steamed won tons stuffed with pork, green vegetables and acerbic black vinegar (£7.50) provide another highlight, dressed with lashings of chilli oil, demanding to be scooped up and utilised long after the wontons have been gluttonously scoffed. On the side, steamed rice is particularly dense and well seasoned (comparatively cheap at £1.50), while Dan Dan noodles (£9.50) have fine texture but the accompanying peanut sauce is uncommonly bland, claggy and simply unremarkable. A dessert of steamed buns filled with salted egg yolk is sadly unavailable, though a contemporary riff on xiao long bao, filled with chocolate, is available for those far braver than I.

With world-class dumplings and exemplary service, Din Tai Fung has quickly become an essential dining destination. The notion of queuing for up to five hours, however, is absolutely absurd. Instead, arrive early and prepare to be enthralled by the superlative soup dumplings.