Photo: Bella West By Jonathan Hatchman, Food Editor, @TLE_Food It’s a humid Friday afternoon and I’m scanning through the menu of Dumplings’ Legend while awaiting the arrival of Jay Rayner, author, columnist, jazz pianist and, of course, one of the UK’s most celebrated restaurant critics. Located upon Gerrard Street, the epicentre of London’s ‘Chinatown’, this […] 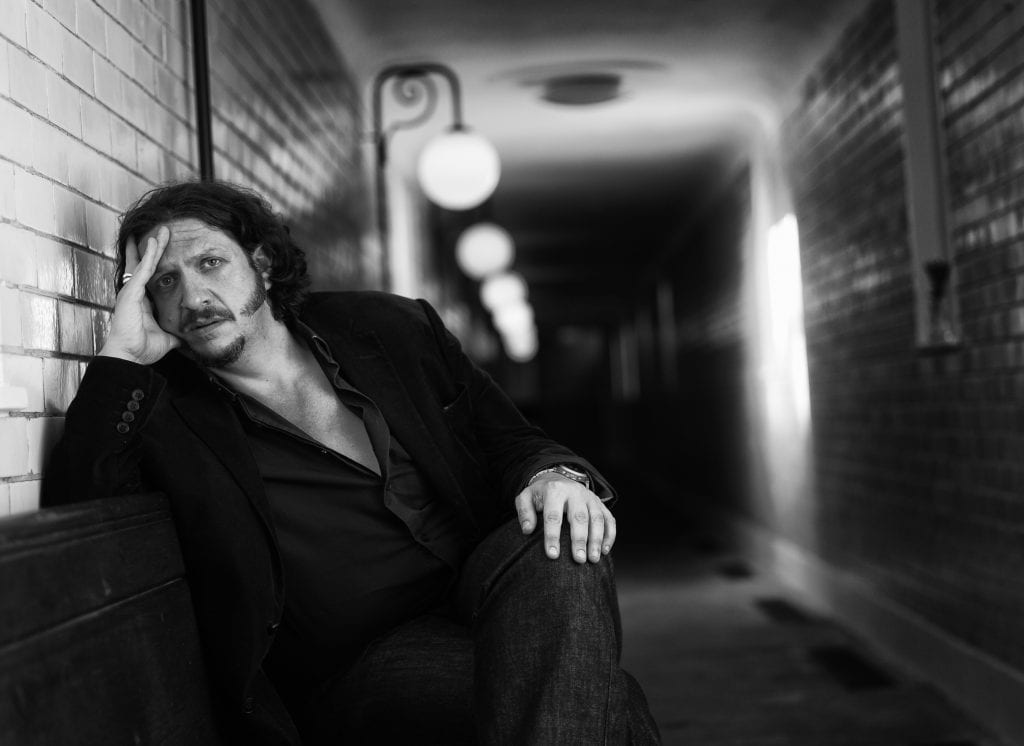 It’s a humid Friday afternoon and I’m scanning through the menu of Dumplings’ Legend while awaiting the arrival of Jay Rayner, author, columnist, jazz pianist and, of course, one of the UK’s most celebrated restaurant critics. Located upon Gerrard Street, the epicentre of London’s ‘Chinatown’, this is a peculiar choice of restaurant to meet for lunch. Not only is the menu framed and proudly displayed on a board outside, various restaurant reviews (none of which remarkably positive) are also printed directly from online sources and taped to the windows, qualities I usually associate with the tourist-trap restaurants that plague the globe’s biggest cities.

Of course, I must be wrong. Why on earth would one of the UK’s most celebrated restaurant critics suggest meeting for lunch at a restaurant that offers that sort of under-whelming, over-priced food? Especially given the vast choice we’re spoilt with in London. But I soon notice that Dumplings’ Legend is the sort of remarkably unpretentious dining establishment that’s difficult to hate: especially when the lunch menu offers a plethora of delectable Dim-Sum treats prepared behind the glass-fronted open kitchen. Dining here, a swift turn around is almost guaranteed, the service is un-intrusive, and tables so close in proximity that there’s space to seat 200, thus limit the necessity of queueing around the block in order to get in. The dining room at midday is also exceptionally loud, forcing Jay to contend with a cacophonous battalion of loud music, clanging crockery and conversations from nearby tables that echoes throughout the dining room, while speaking gently into my relic tape recorder.

“I like Dim-Sum, and Chinatown has come through a renaissance in the past five years. It used to be awful and I’d never send any one anywhere in Chinatown. But it’s increased rapidly, a lot of which is to do with Geoff Leong who owns this place,” Jay explains. “The other thing that’s happened is the Chinese population has diversified and it’s no longer just Cantonese. Instead, the food from various regions is starting to be properly expressed. The Siu Long Bao are Shanghainese dumplings. We never used to have them, and there’s a lot of Sichuan restaurants opening now which never used to be there. It’s brilliant. I haven’t been here in a while and fancied some Siu Long Bao.” Following Jay’s recommendation, we ordered various baskets of Siu Long Bao (soup dumplings), some filled with fresh crab meat and pork, some with shrimp and pork, and of course – the restaurant’s spicy pork signature Siu Long Bao. Not forgetting a portion of Siu Mai (yes, more pork), Sichuan-style pork and prawn buns, and dumplings with the surprisingly pleasant, albeit grossly unnecessary, addition of black truffle. “Don’t tell me I’ve over ordered? I have a trait,” our interviewee confesses.

The main reason for our meeting is to discuss Jay’s newest book – The Ten (Food) Commandments – and the show which runs alongside, beginning with a performance at London’s Royal Institute of British Architects. “Basically, about three years ago I released a book called A Greedy Man In A Hungry World about food security in the 21st century, but in a light way. And I knew that that book was fodder for discussion panels at the food festivals, and I hate them. I hate sitting on discussion panels, I hate watching them, and I didn’t want to do it. But, I knew that if I was to avoid them – I’d have to come up with a clever plan. That plan was to come up with a one-man show, using PowerPoint as a second performer.” He continues to explain: “About 18 months into that I decided I needed to retire that show, as it had had a healthy life and it needed to go. But I looked at my accounts and realised this had become a fundamental part of my working life. I was doing it in theatres and sometimes festivals, and getting paid far beyond any of the book sales. So I thought, ‘right, I need to do another one of these’. And we’d released an e-book-only of just my most negative restaurant reviews a few years before, and I thought “perfect.” It wasn’t just me reading those reviews, it was a journey through terribleness, with me reading terrible reviews of my own work, getting people to review me in real time, and that has run for two years. But I knew that had to come to an end at some point. So, this book and show were conceived at the same time.”

By now most of our food has arrived, with a tower of filled bamboo steamer baskets acting as a barricade between each end of our tiny table, accompanied by those plastic sateen chopsticks with all the grip of an electric eel flailing around a greased bathtub. As a result, we’re driven to eat with our fingers, coincidentally paying fitting tribute to the first of The Ten (Food) Commandments: ‘Thou Shalt Eat With Thy Hands.’

“We’ll find a way around the rule of three in a minute, Jay alludes before explaining the idea for the concept of the book, split into ten chapters including ‘Thou Shalt Celebrate The Stinky’, ‘Thou Shalt Covet Thy Neighbour’s Oxen’, and perhaps least surprisingly – ‘Honour Thy Pig’. “Honestly? It was a publisher’s idea. A different publisher came to me with this idea and made me promises about the money that he was going to pay me, which it turned out he couldn’t keep. He mucked me around. But, in the end, it went to Penguin and it’s worked a hell of a lot better in that environment. The other publisher wanted a ninety thousand-word book, and I think the length of this one is perfect…”

The Siu Long Bao arrive and Jay obligingly interjects to offer some advantageous guidance as I dig in. “The way I was always shown: put the dumpling onto the spoon first and nibble a hole in the side so you can suck out the soup,” he says, rescuing me from a Dim-Sum faux pas as well as the embarrassment of having soup the colour of dirty dish water burst out of the casing and onto my light-coloured shirt.

“…The really fun thing about it was, normally when you write a book, you are having to maintain an argument for ninety-thousand words. A book is a complicated thing in structure. But the joy of this – it was ten five-thousand word essays: bigger than you’d usually get to write in print, or online, but shorter than a whole book, giving you space to go into the things you might not necessarily ever write about. Yeah, there’s ranting in there, but it’s also backed up – almost all of it, bar one chapter – by academic research. It’s a properly reported piece of journalism. I wanted it to be, if this doesn’t sound too grand, a minor classic. I love the shape of it, it’s a gorgeous little object. In the age of recipe books being huge and glossy, I feel that mine’s really rather cute. It can fit in your back pocket.”

And the show? “For me, the books and shows are now absolutely interlinked. The show has to stand alone without you reading the book, but the two things work together. And this one is the longest I’ve ever done, running at just under an hour. An hour’s one man show which is slightly exhausting, if I’m honest,” he explains sipping from a cup of jasmine tea. “The first one A Greedy Man In A Hungry World was quite a lot of serious stuff that I was livening with jokes, while My Dining Hell was pure comedy. This one is the two combined. There are some pure comedy moments, and some things to take away from there, too.”

With around twenty live dates already announced to coincide with The Ten (Food) Commandments, the shows will also feature appearances from some very well-known, highly respected chefs (the names of which I’ve promised to keep secret, for now). Another prominent feature of the show is the bespoke robe used as a stage costume to compliment Jay’s almost Biblical, shaggy long hair and beard. Our lunch has almost come to an end, with a stack of surprisingly empty baskets scattered with a few morsels left over that are shared before the bill is delivered and Jay insists on paying. Before venturing off into an exceptionally busy Gerrard Street during the lunch rush, however, we must touch on one last subject: the writer’s work as an admirably fearless restaurant critic.

“Negative reviews are often quiet difficult to write,” I begin, before Jay answers the question prematurely “…No I’d be lying if I said that. Although I don’t go out looking for them. With the negative ones you’ve got to tip-toe carefully through it. Obviously I say what I think, but it’s got to be done with panache.” So to conclude, “the main thing I’m asked these days, with so many people blogging for free – “why should I get paid for what I do?” And there’s only one answer. It’s because I’m better. I’m a better writer and I do it more sharply. I have to do it better or I’ll lose my job, and I like my job. So it’s an incumbent to me, to do it as well as I possibly can.”

The Ten (Food) Commandments is available now from Amazon.co.uk and tickets for the show at the Royal Institute of British Architects are available to purchase from membership.theguardian.com.