By Jonathan Hatchman, Food Editor, @TLE_Food Although the food of China has been popular in the UK for many years, it is only more recently that the tired stereotype of Anglicised Chinese cuisine has began to positively evolve. For a very long time, alas, there has been an ignorant British belief that the globe’s most […] 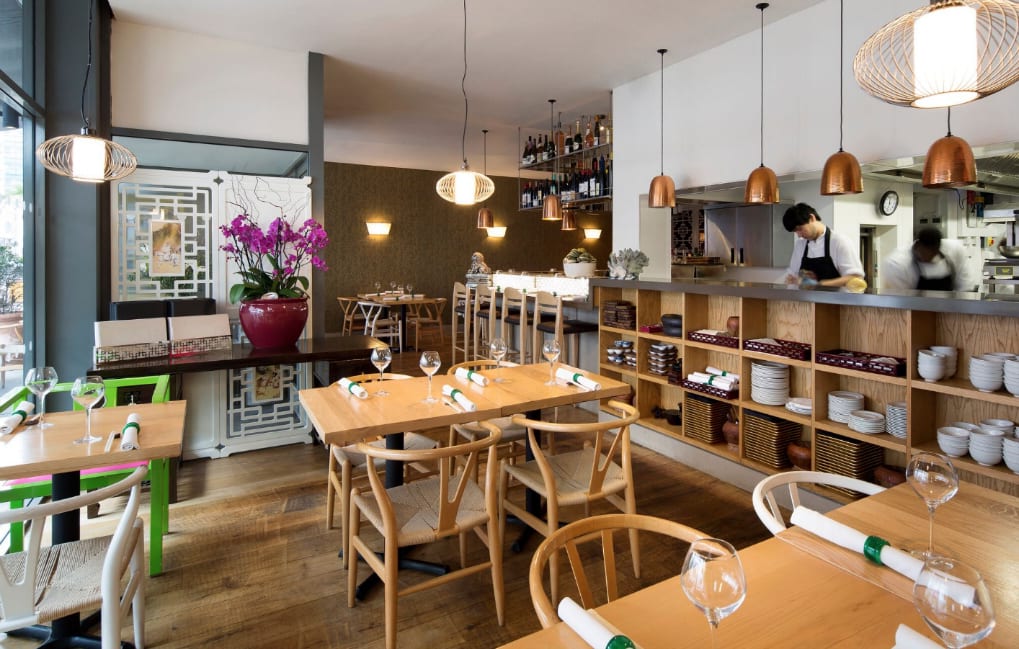 Although the food of China has been popular in the UK for many years, it is only more recently that the tired stereotype of Anglicised Chinese cuisine has began to positively evolve. For a very long time, alas, there has been an ignorant British belief that the globe’s most populous nation has little more to offer than chow mein, special fried rice, and sweet and sour pork that’s to be drowned in incandescent orange sauce. A plague of substandard Pan-Asian buffet restaurants can be partially blamed, yet their presence cannot be entirely held to account. Even though so many of these particular institutions do continue to operate and commit heinous crimes against food, offering all-you-can-eat deals, as well as change from a five-pound note. Look a little further, however, and some frankly brilliant Chinese restaurants are available, focusing on regionality as well as quality, while offering authentic dishes that are crafted with a flair of refreshing modernity.

In 2012, Andrew Wong opened his first restaurant, taking over the previous site of his parents’ Cantonese restaurant – Kym’s, having opened during the 1980s. While growing up, Andrew was never keen to enter the restaurant industry, and instead decided to study Chemistry at Oxford University, before transferring to the London School of Economics to study Anthropology. It wasn’t until his Father died that Andrew, aged 22, decided to turn his attention back to his family’s restaurant, inspiring him to enrol in a London culinary school to learn necessary skills, before embarking on a trip to China in order to explore the nation’s regional cuisine. Located on Wilton Street, set along the less touristic side of Victoria station, the restaurant space is both modern and humble, with matching wooden flooring and tables, pronounced use of natural light, and an open kitchen from which we often hear Andrew’s voice booming into the dining room, leading his kitchen’s lunch service.

Though the evening service offers an a la carte menu, alongside the 10-course ‘Taste of China’ menu (paying homage to China’s 14 national borders), and a ‘Peking Duck Feast’, the main draw at lunch is the restaurant’s Dim Sum menu. Showcasing the kitchen team’s interpretation of the traditional Cantonese treat, the thing that’s most appealing about the menu here is that each parcel of bliss is available to order per-piece, juxtaposed to the more traditional serving of three pieces; a Chinese tradition, yet an absolute nightmare for parties of two. To begin, a basket comprising A Wong’s take on classic Shu Mai (£1.30) and Har Gau (£1.30) arrived at the table. The former combined plump prawns with fatty, gelatinous pork, topped with a sliver of crackling to add another depth of texture, while the latter, was presented with a blob of citrus foam placed atop the shrimp-filled dumpling. Amongst others, I’m no fan of often disastrous foam used in restaurants – this, however, is the only foam that I’ve discovered, which adds something to the dish, rather than acting as a garnish of pretension.

Next, the restaurant’s version of Shanghainese Siu Long Bao (soup dumplings) with ginger infused vinegar contained pork and liquid fillings, stuffed into casings of ideal thickness, strong enough to withhold the fragrant broth without bursting on the journey from the steamer basket to my widely-opened mouth. A quail egg croquette puff (£1.75) was not dissimilar to a crispy won ton, albeit less greasy and filled with a soft egg yolk acting as a rich sauce, while crab, seafood and bean curd cannelloni (£3.50) was presented beautifully, the taste of pickled cockles was somewhat lost in the mix. A dish of 63 degree ‘tea egg’ with shredded filo (£5.95) was better, displaying a tea-infused egg that had been cooked sous vide in order to achieve a perfect texture and an ideally soft yolk, served atop a bed of shredded filo pastry which lends the overall dish an appearance that’s similar to the nest of a seagull. Another clever use of ingredients to deliver texture came with magnificent deep fried prawn balls, coated in crispy rice noodles to add further crunch and served with a chilli dressing.

Conversely, one of the meal’s surprise highlights came with the use of one of the world’s most luxurious ingredients, all too often unnecessary employed. Two spheres the size of golf balls were served on spoons, filled with rich foie gras and covered in black and white sesame seeds. Not only were they sticky, sweet and outrageously decadent, they were also remarkably well-priced at £2 each. Wild Mushroom and truffle steamed buns (£2) also used famously lavish produce, served atop a turf covered board and resembling freshly harvested potatoes in need of a good scrubbing. Again, instead of adding a whole new level of unnecessary self-importance – the truffle’s earthiness worked in harmony with the wild mushrooms and pillowy buns, albeit without overpowering the dish.

Shaped like a carrot and garnished with the vegetable tops, vivid orange rabbit and carrot glutinous puffs (£2) delivered both style and substance, with a sweetness that worked alongside the rabbit meat to provide yet another brilliant flavour combination. Also presented in a style similar to something sourced from the local greengrocer’s, steamed duck yolk custard buns (£2.50) provided a finale to the meal that was no less than perfect. Intentionally shaped and decorated like mandarins (a Chinese sign of wealth) the sweet buns were filled with a luscious, sweet custard that’s made using the yolk of salted duck eggs. The result is a molten liquid filling that’s deeply comforting and sticks to the roof of one’s mouth for the rest of the day, while a rice net that’s generally used for spring rolls is shallow fried and used as a crisp base to create one of the finest desserts ever to have passed my lips.

Not only does A Wong offer some of London’s best quality modern Dim Sum, virtually everything from the lunch time menu is priced between £1.30 to around £6.50. And although it’s unbelievably easy to over-order here; the quality of the food and cooking skill that’s involved makes the menu’s value for money really quite exceptional – especially when compared to other restaurants that serve food of this calibre.