By Jay Williams  Arriving early, I mooched around outside new Farringdon rib joint Hammer & Tongs just long enough to hear a member of staff outside muttering darkly into his mobile “we’ve got a reviewer coming in again tonight”.  Kind of how you might expect one of the three little pigs to say “we’ve got […] 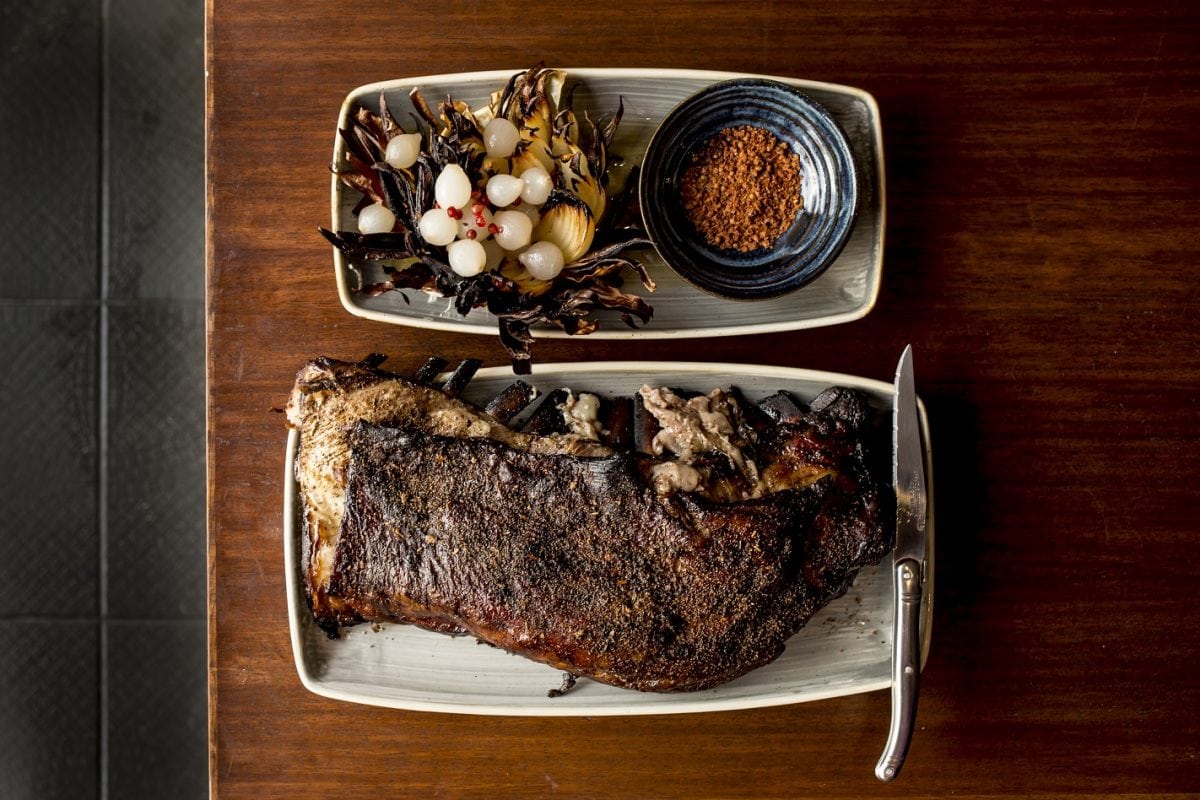 Arriving early, I mooched around outside new Farringdon rib joint Hammer & Tongs just long enough to hear a member of staff outside muttering darkly into his mobile “we’ve got a reviewer coming in again tonight”.  Kind of how you might expect one of the three little pigs to say “we’ve got a wolf popping round again this evening”.  But after returning to our table later, a quick Google revealed the restaurant had recently been rinsed by a Londonist reviewer who accused general manager and Harry Hill lookalike Pete Kendall of urging them towards the more expensive items on the menu – “which they didn’t pay for,” shrugged Pete.  “We comped them all the way, so we were a bit put out when they gave us such a miserable review.”  I’m no food critic (no shit, Sherlock – Ed) so I don’t know or care about protocol, but in the spirit of full disclosure I’m happy to admit we were also comped. Starters, mains and soft drinks.

I don’t believe things taste better just because they’re free.  I once attended a Thanksgiving supper in upstate New York at which our proud hostess served up a starter of globe artichokes filled with what appeared to be masonry repair grout and which, as our Scottish friends would say, “pure gave me the boak”, a reaction I was powerless to hide and which caused much awkwardness.  Happy to report that our trip to Hammer & Tongs triggered no such social embarrassment.

Now, I love ribs, but too many joints fall into the trap of thinking that style is more important than content. Whack some neon up and some smoky chrome accessories and you’re in the Big Easy.  But you ain’t.  With Hammer & Tongs in Farringdon, they’re all about the meat rather than the fixtures and fittings, and that suits me just fine.  In fact the décor is decidedly drab, but that’s OK.  We’re not here to look at the lights. After a brief tour of the braai – the open grill, fired by sickle bush logs – we tuck into starters.  I have a cultural antipathy towards biltong because everyone I’ve ever known who’s liked it has been a complete tool, usually public school educated and generally called Rory or Ralph (“IT’S PRONOUNCED RAFE”).  And usually it tastes like old seatbelt.  But this stuff is lovely – mouth-watering chamfers of smoked meat.  Next up come glazed tiger prawns – proper big ones, not like the miniature efforts you get tossed into a Wagamama yaki soba – juicy, soaked in fermented garlic, chili and burnt lemon and black olive tapenade. And then onto the main event – two kgs of six-hour braai’d Welsh lamb ribs.  When people say the meat ‘fell off the bone’, I always think “what’s the point of that?”  I like some tussle.  And there’s fight in this rack.  Steeped in rosemary, garlic, cumin, molasses and ‘beer can onion’, the top layer is like thin crackling, with plenty of chew in it, giving way to softer, creamier layers beneath.  It’s £32 for the two of us and we struggle to finish it.  But manfully we crack on and manage to make a dent in the generous cheese selection. We went at 6pm on a Wednesday evening and it was quiet.  It gets rammed later, especially on a Friday night, so earlier is best for a guaranteed filling of your boots.