A homemade pasta recipe, without need for a pasta machine. 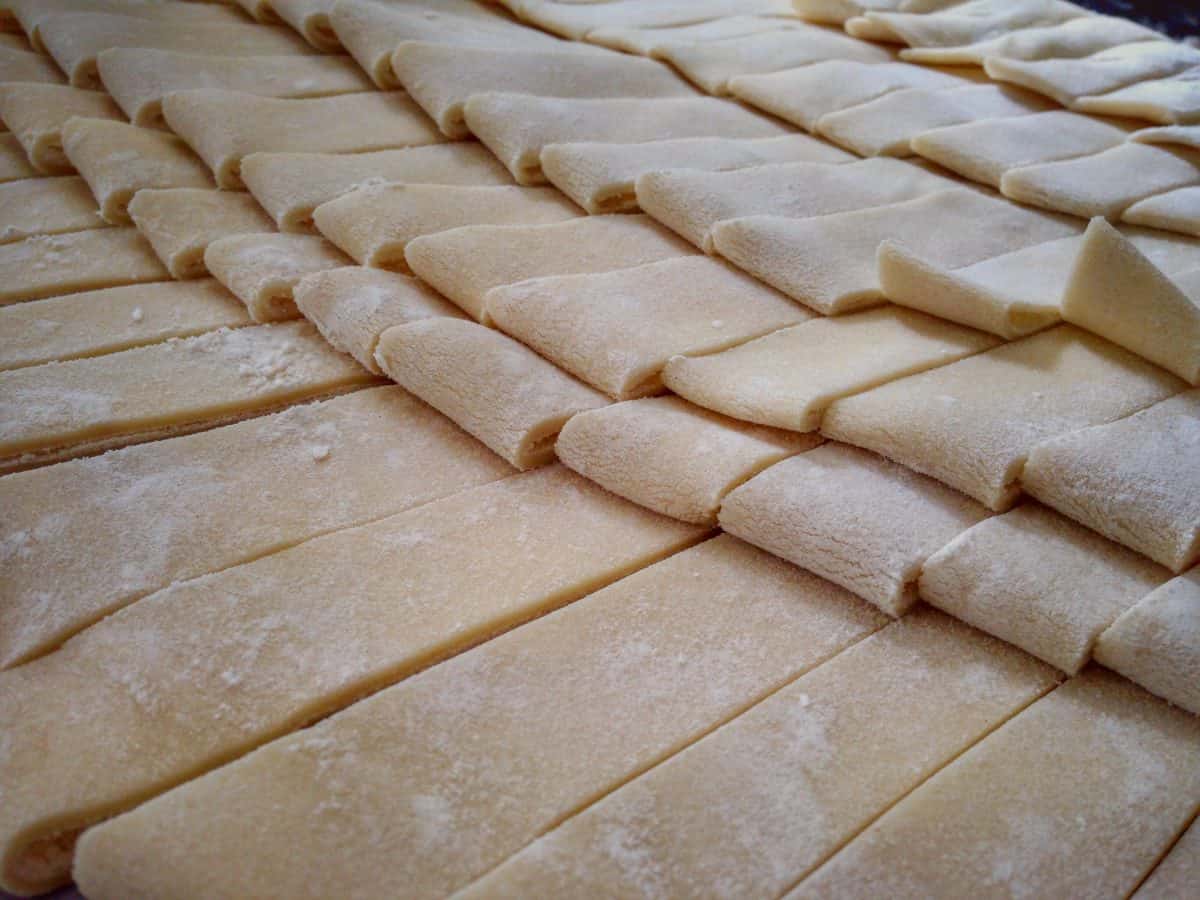 A staple of food of Italian cuisine, pasta is enjoyed in many areas all over the world. While most modern production uses a pasta machine (or roller), this pasta recipe offers a step-by-step guide to making homemade pasta by hand, without a pasta machine.

In the 1st century AD, the writings of Horace outlined a dish named lagana, comprising fine sheets of fried dough. Some years later, a 5th century cookbook went on to describe lagana consisting of layers of dough with meat stuffing, believed to be an early ancestor or modern-day lasagna. While many similar dishes have been eaten for thousands of years, the first concrete information concerning pasta products in Italy dates back to the 13th century, as a result of extensive Mediterranean trading during the Middle Ages. Later, during the 17th century, Naples had rudimentary machines for producing pasta, also establishing the kneading machine and press, ultimately making pasta production extremely cost effective.

It’s sometimes believed that Marco Polo imported pasta from China, while others suggest Arabs introduced pasta to the Emirate of Sicily in the 19th century, mentioning potential ancient Greek origins. Pasta is widely accepted as a quintessentially Italian dish, however, with Italians consuming over 27 kilograms of pasta per person, per year. In Italy, pasta consumption even exceeds the country’s average production of wheat.

With over 300 different pasta shapes available, pasta is most easily categorised into long, short, and soup shapes. Long pasta includes the likes of spaghetti, vermicelli, and linguine; short includes shapes such as penne, fusilli, or farfalle. Pasta sheets are also essential for dishes such as lasagna, and filled pasta is also particularly popular, such as ravioli and tortellini.

While a pasta machine is often used to produce perfectly thin dough, they’re not completely necessary – especially for this recipe, ideal for beginners hoping to make homemade pasta for the first time. Without a pasta machine, however, the easiest shapes to make at home without special tools or equipment include pappardelle (perfect with a slow-cooked ragù), fettucine, or tagliatelle. But once you’ve made the dough, it can be made into literally any pasta shape. 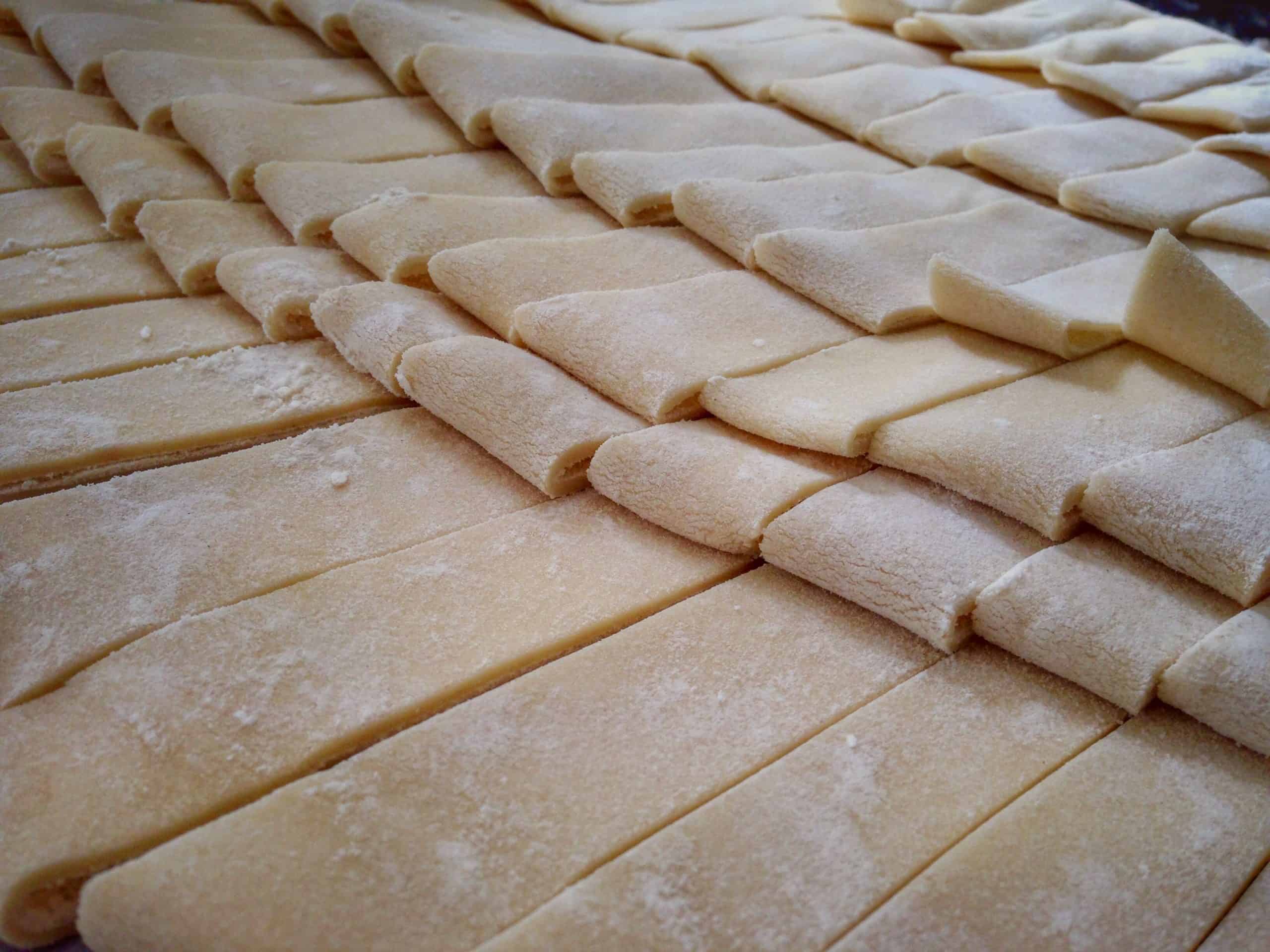 Homemade pasta, without a pasta machine