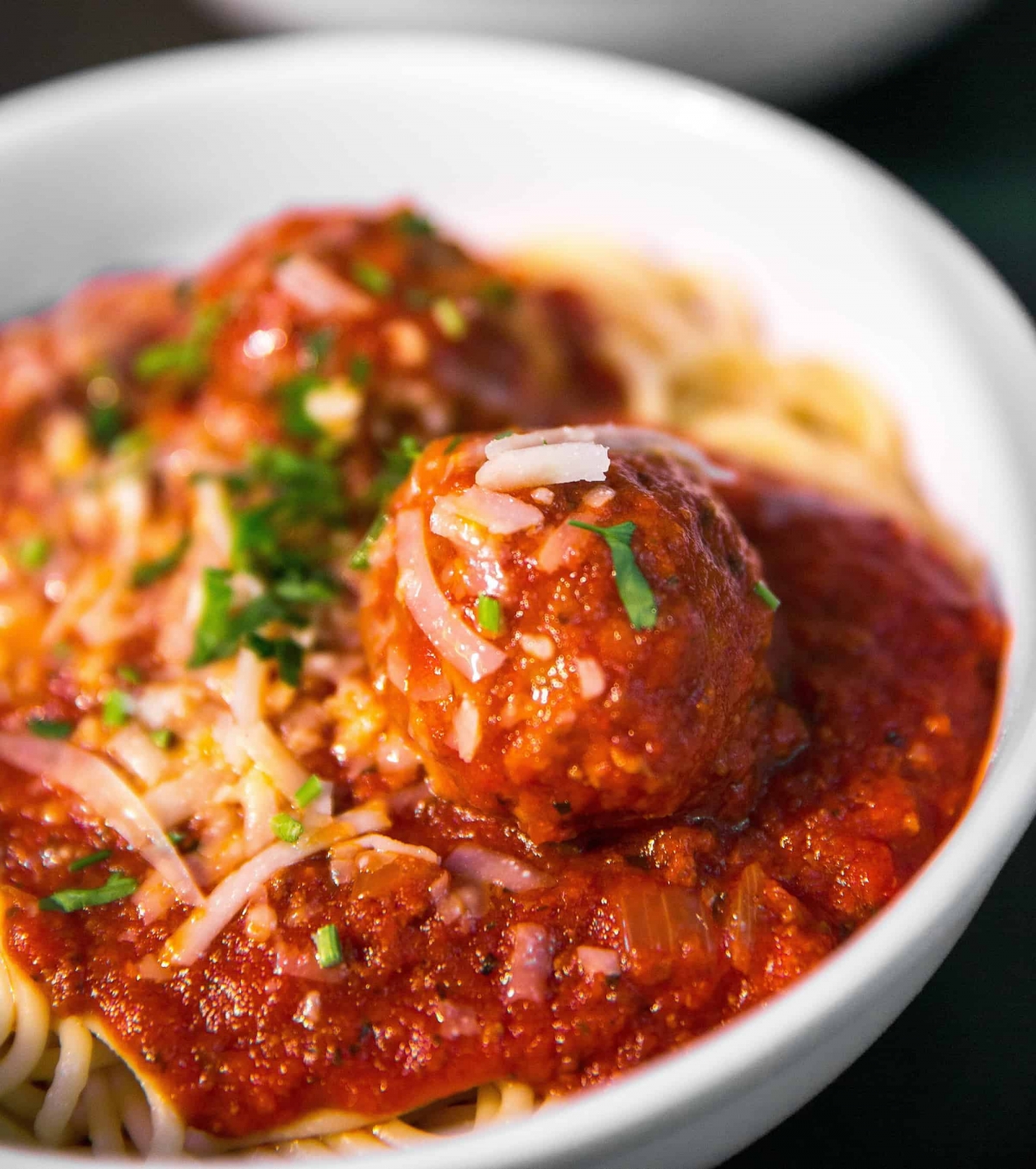 Spaghetti and Meatballs recipe Photo by Jason Leung on Unsplash

Generally considered an Italian classic (in parts of the world other than Italy), spaghetti and meatballs is rooted in Italian-American culture. With a more plentiful meat supply than Italy, the dish was invented by Italian immigrants having moved to New York during the late 1800s.

In the book ‘Delizia!: The Epic History of the Italians and Their Food’, author John Dickies describes spaghetti and meatballs as “an edible celebration of life in America”. He goes on to state, “Spaghetti with meatballs carries no trace of any specific regional provenance; it is not Lombard, or Calabrian, but joyously, anonymously, uncomplicatedly Italian in a way that was only possible in the United States.”

The most similar Italian dish is ‘maccheroni alla chitarra con polpette’, typically made with minced veal and chicken, while the Italian-American spaghetti and meatballs is rarely found in Italy, other than in (often dreadful) tourist-orientated restaurants. Those tourist trap ‘Italian’ restaurants found all over the world are largely responsible for Italian-American cuisine’s generally unfavourable reputation amongst Italian writer and chefs, as well as international food lovers. Italians often mock spaghetti and meatballs in particular, as true Italian meatballs are smaller and only served with egg-based, baked pasta. Italian-American cuisine isn’t all bad, though. It’s not authentically Italian, but nor does it pretend to be.

As opposed to being exclusively made with beef, this meatballs recipe features a mixture of beef mince, pork mince, and veal mince. If you can’t find veal mince, or would rather avoid it altogether, a mixture of just beef and pork will produce fine meatballs, though I’d suggest using veal if possible, as it works particularly well with the other flavours. Generic ‘Italian seasoning’ can also be used in place of the herb mix, just switch the dried oregano, basil, marjoram, sage, thyme, and rosemary for two tablespoons of the seasoning, though the paprika and nutmeg are absolutely essential here. Ready-made pasta is also fine, but if you’re planning on making your own, this pasta dough recipe works well. 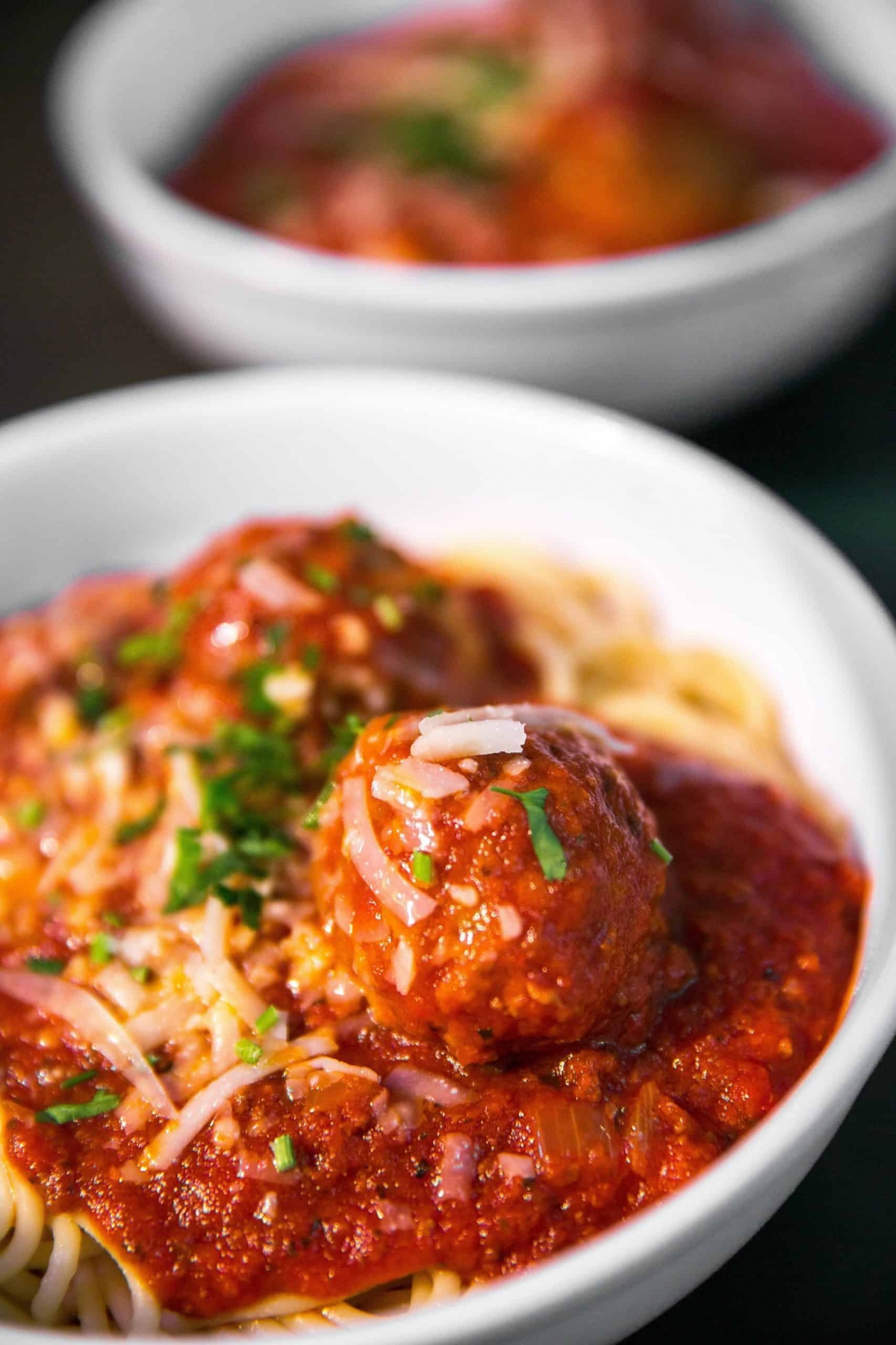