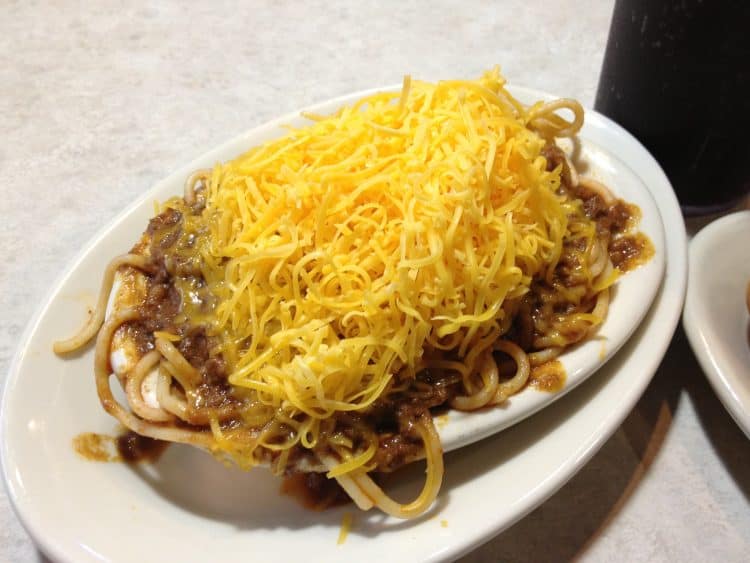 Like the Philly cheesesteak, Louisiana gumbo and apple pie, Cincinnati chili is an iconic American dish often overlooked in favour of the “more traditional” Tex-Mex variant. Cincinnati chili should not be confused with chili con carne, however. While the chili popular in Texas has Mexican roots, Cincinnati chili actually has Mediterranean origins, with closer resemblance to Greek pasta sauces.

Typically associated with Greek and Macedonian immigrants, Cincinnati chili is believed to have been invented by brothers Tom and John Kiradjieff, who served a Mediterranean stew as a topping for hot dogs, which they called “coneys”, in 1922. The coneys were served next to the Empress burlesque theatre, after which their business was named. At Empress, the stew was eventually served on a bed of spaghetti – as is most common nowadays – before the addition of grated cheese was introduced. To make ordering more efficient, a “way” system was also created, which has since been copied by countless restaurant proprietors serving Cincinnati chili. Based on a series of ingredients, the number before the “way” of chili corresponds to ingredients included in the order, typically including a mixture of Cincinnati chili, spaghetti, Cheddar cheese, diced onions, and kidney beans.

With an estimated 250 independent and chain vendors specialising in Cincinnati chili in locations such as Ohio, Kentucky, Indiana, Florida, the Middle East, and beyond, Skyline Chili and Gold Star Chili are, by far, the most popular today, with 130 and 89 locations, respectively. But while Cincinnati is arguably the region’s best loved dish, it has also been widely criticised, often described as a poor example of chili, from those more familiar with chili con carne. In 2013, Deadspin even went so far as to call it “horrifying diarrhea sludge”.

Cincinnatians are often quick to defend the regional favourite, however. In the lead up to the Super Bowl on Sunday (13th February 2022), of which the Cincinnati Bengals have made for the first time since the 1988 season, fans have made headlines by even going so far as ‘shotgunning’ Skyline chili straight from the tin.

More of a meat sauce, Cincinnati chili generally features minced beef boiled in water or stock, then combined with tomato and various seasonings, which typically include cinnamon, nutmeg, allspice, cloves, cumin, and bay leaves. Some recipes also use unsweetened dark chocolate to amplify the dish’s richness. A mountain of Cheddar cheese is also a customary topping, as are onions and beans. An ideal Superbowl recipe to prepare this weekend, whether you’re rooting for the Bengals or not. 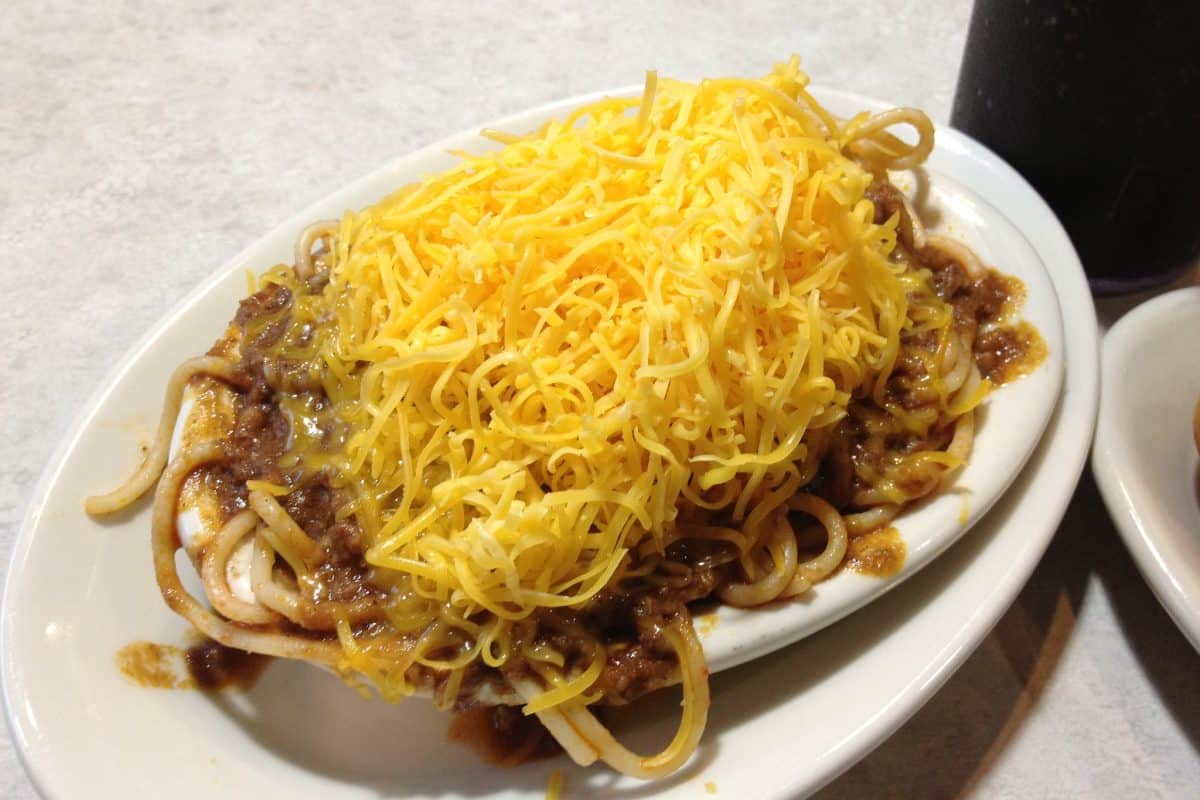 Related: How to make the perfect burger