A take on a classic North American sandwich, with rib-eye steak, provolone, and caramelised peppers. 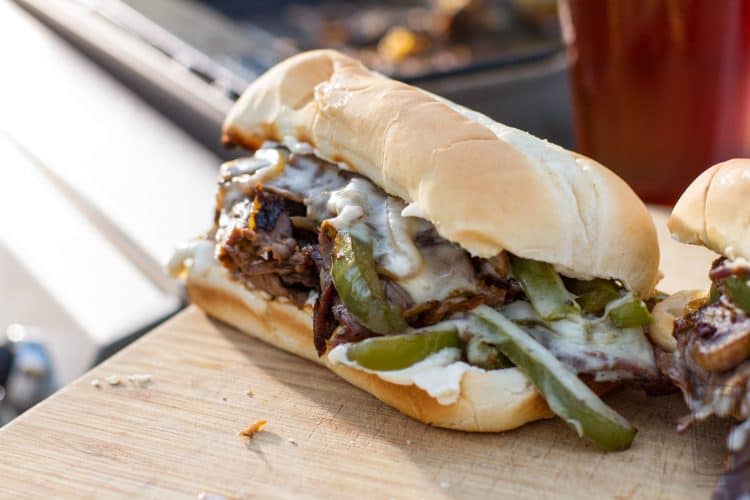 A classic sandwich made using thinly-sliced beef and melted cheese, the cheesesteak has achieved widespread popularity, originating in the U.S. city of Philadelphia, Pennsylvania. Typically referred to as a Philly cheesesteak or Philadelphia cheesesteak outside Pennsylvania, the sandwich is said to date back to the early 1930s.

According to a 1987 exhibition catalogue published by the Library Company of Philadelphia and the Historical Society of Pennsylvania, the cheesesteak is described as “combining frizzled beef, onions, and cheese in a small loaf of bread”. Philadelphians Pat and Harry Olivieri are generally credited with the sandwich’s creation, originally owning a hot dog stand near South Philadelphia’s Italian Market. Legend has it that a cab driver approached co-owner Pat Olivieri while eating a steak and onion sandwich on a lunch break. The driver asked Olivieri to make him the same sandwich then suggested the duo quit making hot dogs and instead focus on steak sandwiches.

The dish became so popular, Pat soon opened his own restaurant, Pat’s King of Steaks, which still operates today from a site in South Philadelphia. Conversely, the cheese was added at a later date, with provolone first used at the restaurant, while ‘Cheez Wiz’ is arguably the most popular Philly cheesesteak topping used today. Provolone and American cheese are also common, with countless riffs on the original having been made available around the world. In London, Passyunk Avenue – a Philadelphia-inspired restaurant with sites in Fitzrovia and Westfield Stratford – serves some of the best Philly cheesesteaks, with prime rib-eye and a choice of the three cheeses. They also serve other takes on the classic, plus a selection of Italian-American ‘Philly specialty sandwiches’.

Traditionally, Philly cheesesteaks are served on hoagie/submarine rolls, comprising cheese, thinly-sliced rib-eye steak prized for its rich marbling and texture, and optional onions. This riff on a cheesesteak recipe also uses rib-eye steak, sliced thin and quickly browned on a griddle or in a large frying pan, using two spatulas to tenderise the meat further. The steak slices are then topped with provolone and a mound of lightly caramelised bell peppers in place of onions. The filling is loaded into soft submarine rolls which are, importantly, wrapped in a double layer of grease-proof paper and aluminium foil, encouraging the ingredients to get to know each other, making the cheese melt even more, and completely eliminating any need for sauce. 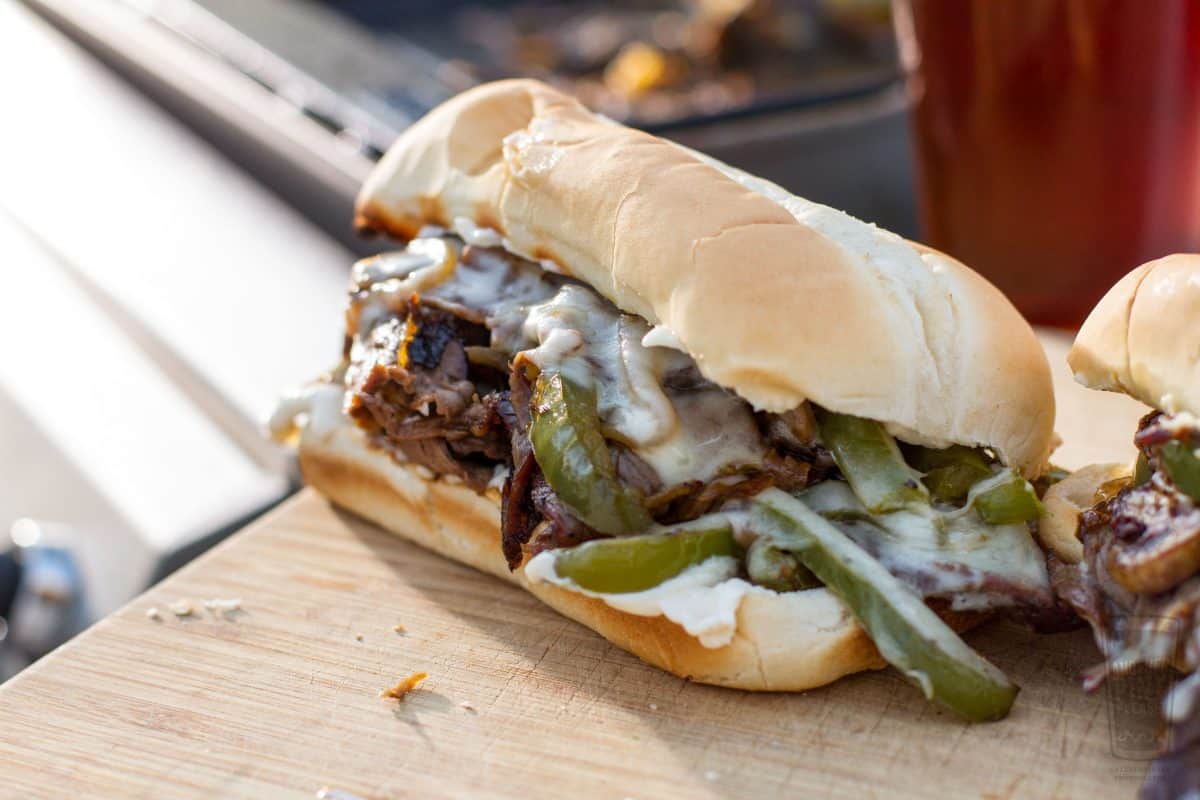 RELATED: How to make the ultimate tuna sandwich