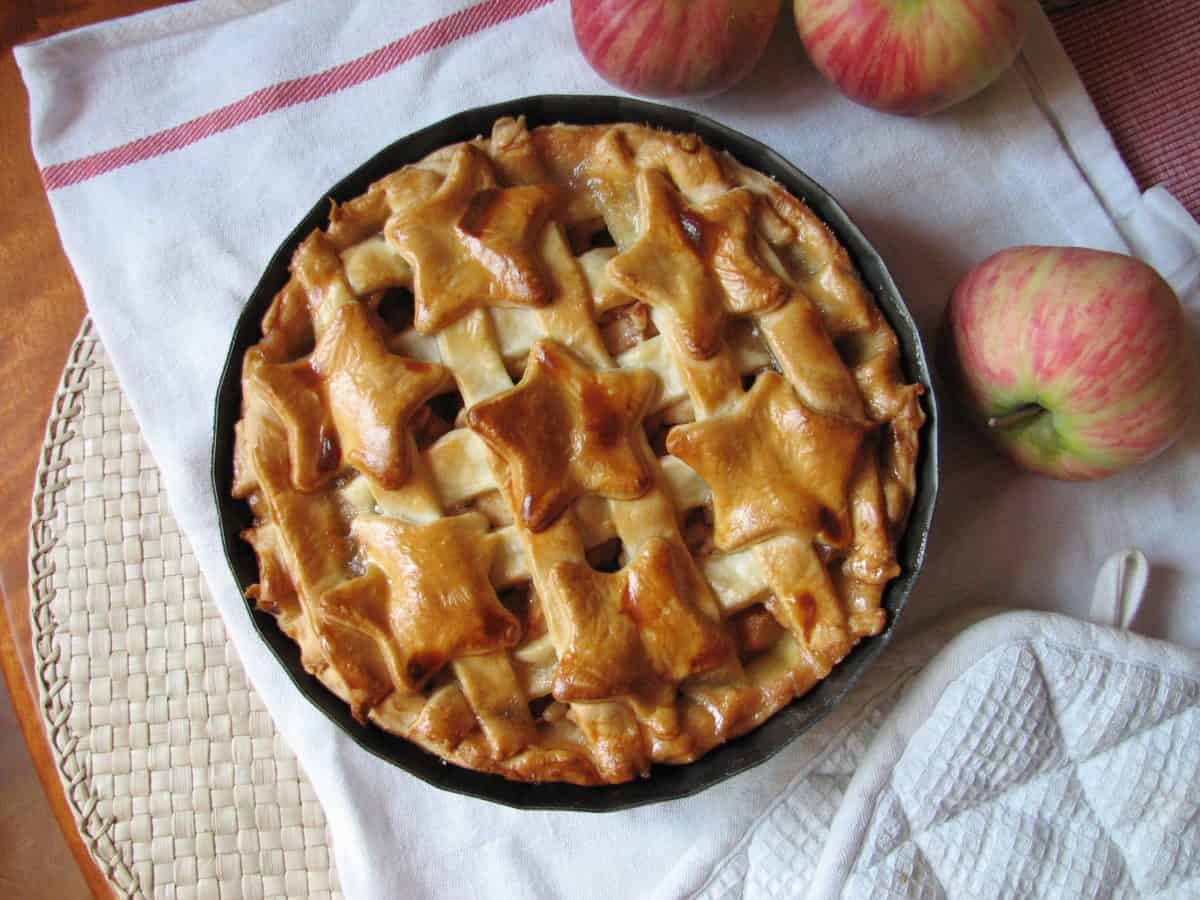 Despite its European origins, apple pie has become considered the ultimate American pie – an unofficial symbol of the United States and its food culture. The first written apple pie recipe is, in fact, said to date back to 1381, listing the ingredients as “good apples, good spices, figs, raisins and pears”, cased in pastry coloured with saffron. Over the past 630 years, the dish has become a dessert of enduring popularity, also fairly synonymous with Dutch and Swedish cuisine.

Brought to America by the English, Dutch, and Swedish immigrants during the 17th and 18th centuries, the apple pie didn’t become popular until European apple varieties were planted, with no native apples available besides crab-apples, yielding sour fruit. American apple pie recipes have been created since the 18th century, however, with plenty of new native apple varieties now available. The phrase “as American as apple pie” is also common to describe things as being ‘typically American’.

Principally filled with apples and some baking spices, apple pie recipes are generally double-crusted, with pastry both above and below the filling, with the upper crust often latticed. For my apple pie recipe, I’m fond of mixing a small amount of grated Cheddar cheese into the pastry dough. Although considered somewhat unorthodox, apple pie is commonly served with a slice of orange Cheddar cheese in parts of New England and the American Midwest, though believed to have originated in Yorkshire, England. The combination makes perfect sense given the sharpness of the cheese which works perfectly with the apple, especially with buttery pastry. Baking a small amount of cheese into the pastry is also far subtler than topping the pie with a slice of cheese, and while I’m fond of custard, cream or crème fraiche are more suitable accompaniments when using cheese in the pie’s pastry.

As for the apples, this apple pie recipe uses a mixture of both cooking and eating apples. I like a mixture of Bramley and Cox’s or Granny Smith, but it’s all down to personal preference. The filling doesn’t necessarily need to be pre-cooked, but I like to core and cut the apples into relatively large chunks and slowly stew them with a little butter, cinnamon, nutmeg, ground ginger, clove, lemon zest, brown sugar, and just a tablespoon of water to prevent it all from catching. Rather than cooking the apples until soft, this process helps to give them a head start before going into the pie.

Other tips include baking in a shallow pie tin, though a cast iron skillet is a perfect vehicle to prevent the pastry from becoming soggy. If you don’t have a cast iron skillet, ideally use a metal pie dish to conduct heat better and encourage even cooking, placed on a preheated tray in the oven. Moreover, given the relative dryness of the filling, blind baking isn’t strictly necessary for this apple pie recipe. 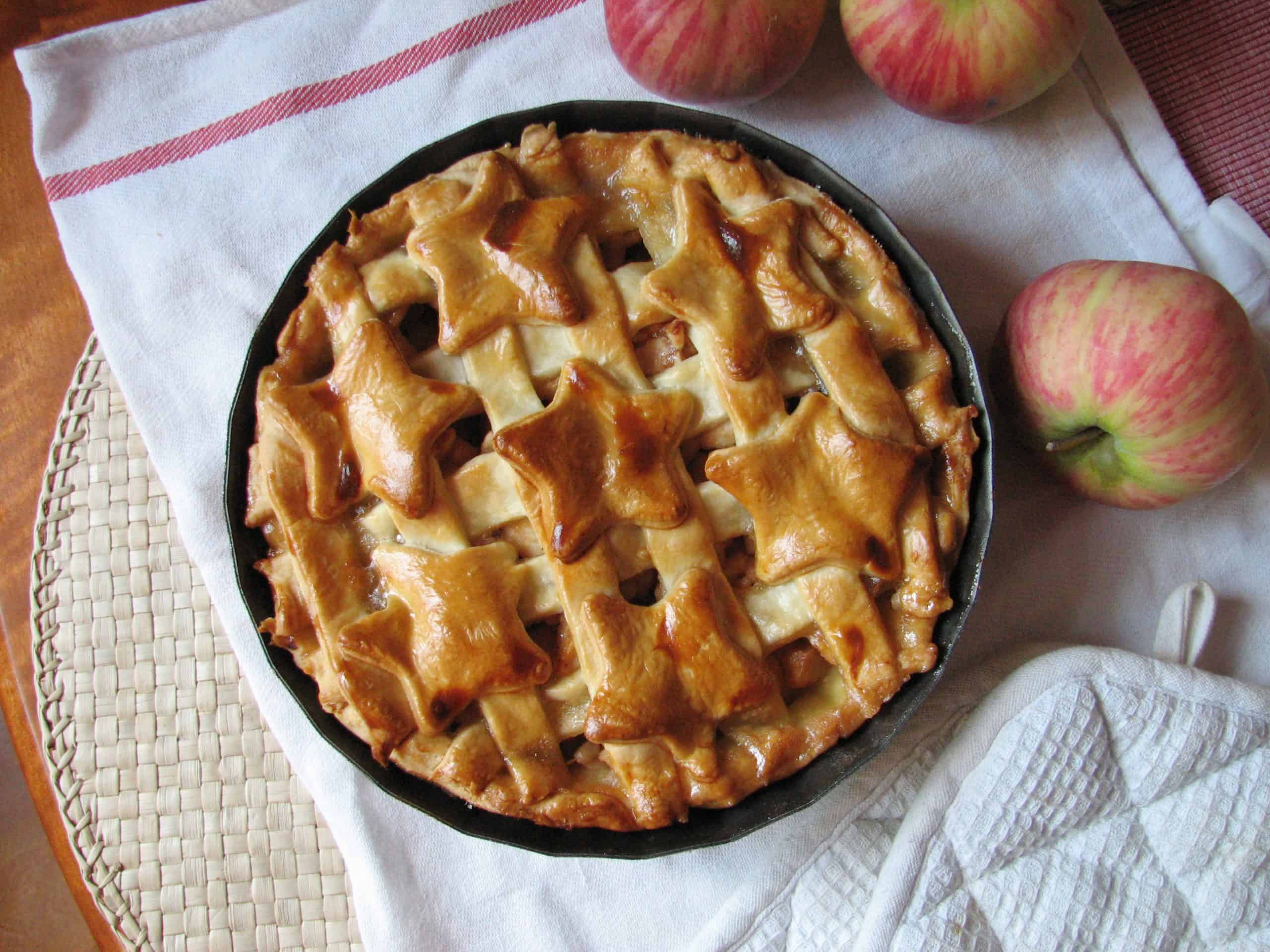 Any leftover pastry will keep in the fridge for two days.
Tried this recipe?Let us know how it was!