A riff on the classic Tex-Mex dish, this chilli con carne recipe uses a mixture of braising steak and minced beef, plus an easy homemade chilli paste. 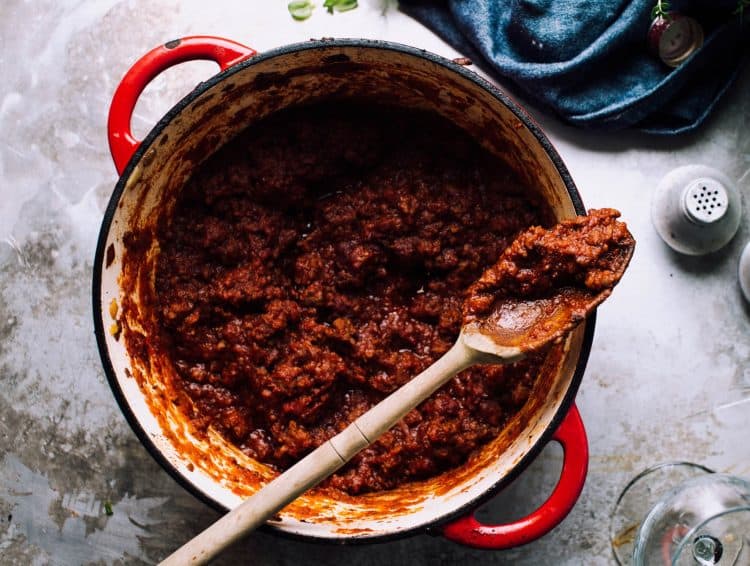 Like spaghetti Bolognese, chilli con carne has become a particularly popular dish in the UK, but the version we’re most used to is so often a bastardised, watered-down version of the original. Believed to have originated in either northern Mexico or Southern Texas, the dish has a rich history and the typical recipe has continued to evolve over hundreds of years. The exact components and techniques for the perfect chilli con carne recipe are also much disputed, commonly the feature of fierce cook-offs in the United States.

Legend has it that the earliest versions of chilli con carne were made by the poorest people, who would cook a kind of hash with almost as many peppers as pieces of meat. The first actual written chilli con carne recipe is believed to have been compiled by Sister Mary of Agreda of Spain, which called for venison or antelope meat, onions, tomatoes, and chilli peppers, yet no accounts of this recipe have been officially recorded. As it is known today, however, the dish is widely believed to have originated amongst Texan adventurers and cowboys as a staple food while travelling during the mid 1800s.

Since then, chilli con carne has become especially popular in Texas, elevated even further by a group of “Chili Queens” who ran a stand in San Antonio during the late 19th century until the 1930s. These “Chili Queens” would serve a dish of dried red chillies slow-cooked with beef, made at home and loaded into colourful chilli wagons to be transported to the Military Plaza Mercado.

Following the invention of chilli powder, chilli con carne was far easier to make and its popularity became far more widespread, regularly served in diners and Texan ‘chili joints’ which popped up all over the state during the depression years, said to have saved more people from starvation than the Red Cross, thanks to cheap chilli con carne and free crackers.

Today, the standard, perfect chilli con carne recipe comprises a mixture of chillies, beef, and optional extras such as onions, garlic, and spices such as cumin. The popular inclusion of beans (a staple of Tex-Mex cuisine) and tomatoes are still often frowned upon by chilli enthusiasts, however.

This recipe does forgo beans, but they can be added towards the end of the cooking process, if desired. A small amount of tomato is also used alongside a simple homemade chilli paste, which comprises a selection of chillies with distinctive flavours. I’m particularly fond of using a blend of Ancho, Pasilla, Chipotle, and Arbol chillies, but you can use ready-made chilli paste, just one chilli variety, or even experiment with your own blend, tailoring the chilli paste to personal preferences.

Beef is also at the recipe’s core, with a 2:1 ratio of braising meat such as chuck or brisket cut into chunks, and minced beef, ultimately creating an interplay of texture. The beef is also cooked in lard, to ramp up the meaty flavours. Serve with rice, fries, jacket potatoes, or nachos, plus optional accompaniments such as cheese, sour cream, guacamole, and salsa. 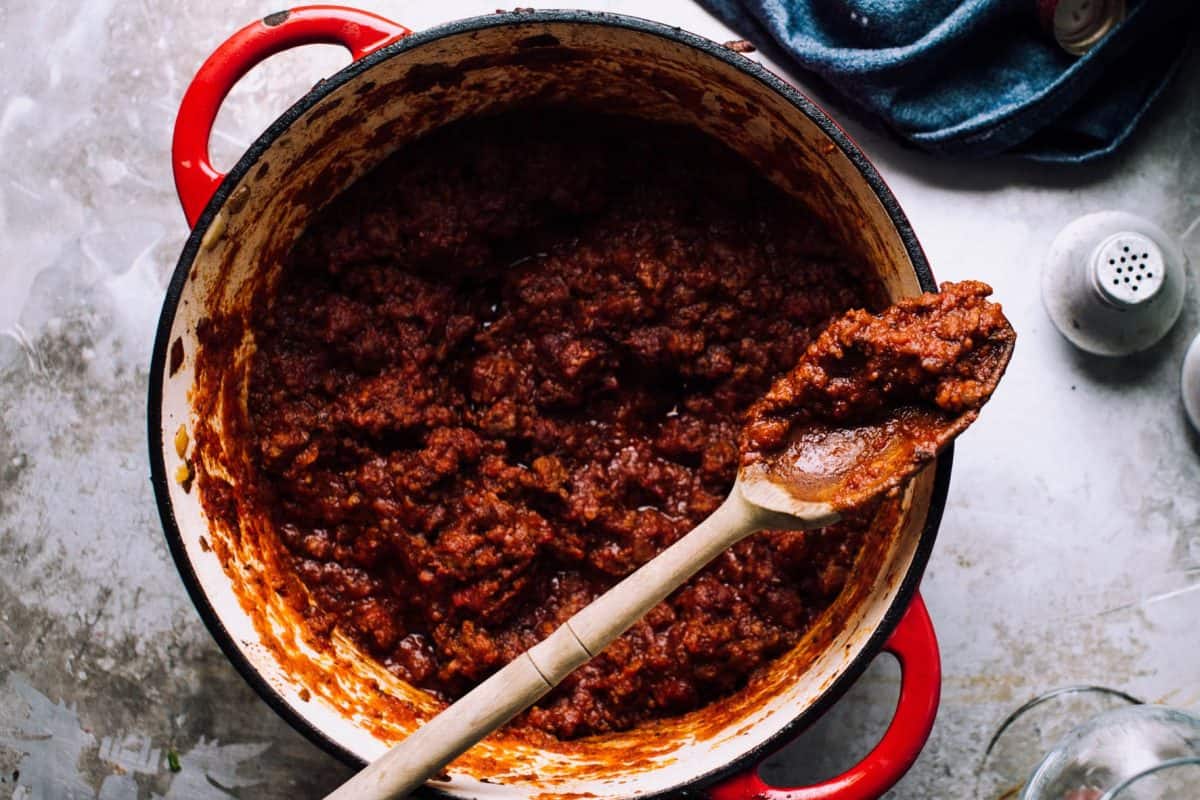 For the chilli paste*

For the chilli con carne

*Alternatively use shop-bought chilli paste, or experiment with chillies of your choice.
Tried this recipe?Let us know how it was!