A warming stew-like dish that’s generously spiced and spiked with chicken and sausage. 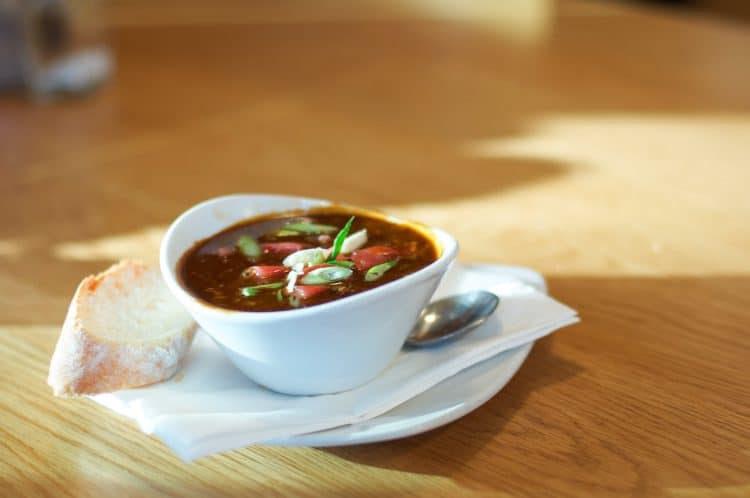 The official state cuisine of Louisiana, gumbo primarily consists of a boldly flavoured stock spiked with meat and/or shellfish, as well as what’s known as the Creole ‘holy trinity’ of celery, green peppers and onions.

Although extremely popular in the United States, many food historians actually agree that gumbo has its origins in West Africa, with the word ‘gumbo’ derived from the West African word ‘ki ngombo’, meaning ‘okra’. To this day, okra remains a popular thickening agent, as well as filé – a powder made using dried sassafras leaves. The original West African gumbo has thus been described as a stew-like dish thickened with okra, with okra pods brought to the U.S. during the transatlantic slavery period, as okra was not native to the Americas.

Broadly, South Louisiana gumbo is described as an intersection of West African, Native American and European cultures. The filé powder is considered a Native American contribution, while the dark roux has its roots in French cooking.

Creole and Cajun gumbo are the two most popular variations of the dish, and while they have succinct differences, they’re both roux based. Creole gumbo, popular in New Orleans and southeastern Louisiana typically features shellfish and tomatoes, while Cajun gumbo, traditional in southwestern parts of the state, ditches tomatoes and generally uses fowl such as chicken or duck, plus sausage or ham.

This chicken and sausage gumbo recipe is based with a dark French roux, which is quickly made by mixing flour with smoking hot oil, cooked down until the smell of raw flour dissipates and the roux has a dark colour akin to milk chocolate. The ‘holy trinity’ of celery, peppers and onions are then added before browned chicken, sausage, beer and chicken stock. It’s then slowly simmered for two-to-three hours. Both okra and filé powder are eschewed here, but can be added if desired and/or available. Garnish with spring onions and serve with rice. 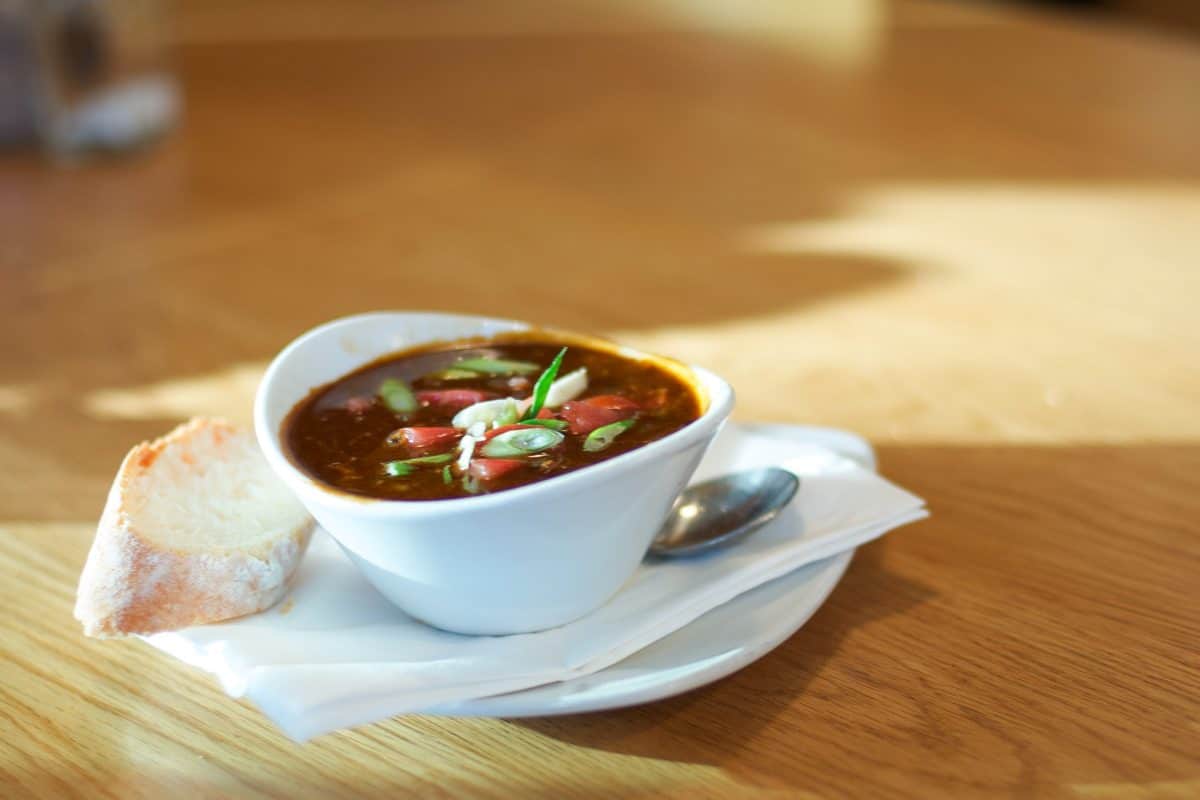