YABBA is a low-calorie sessionable lager, inspired by Australian styles. 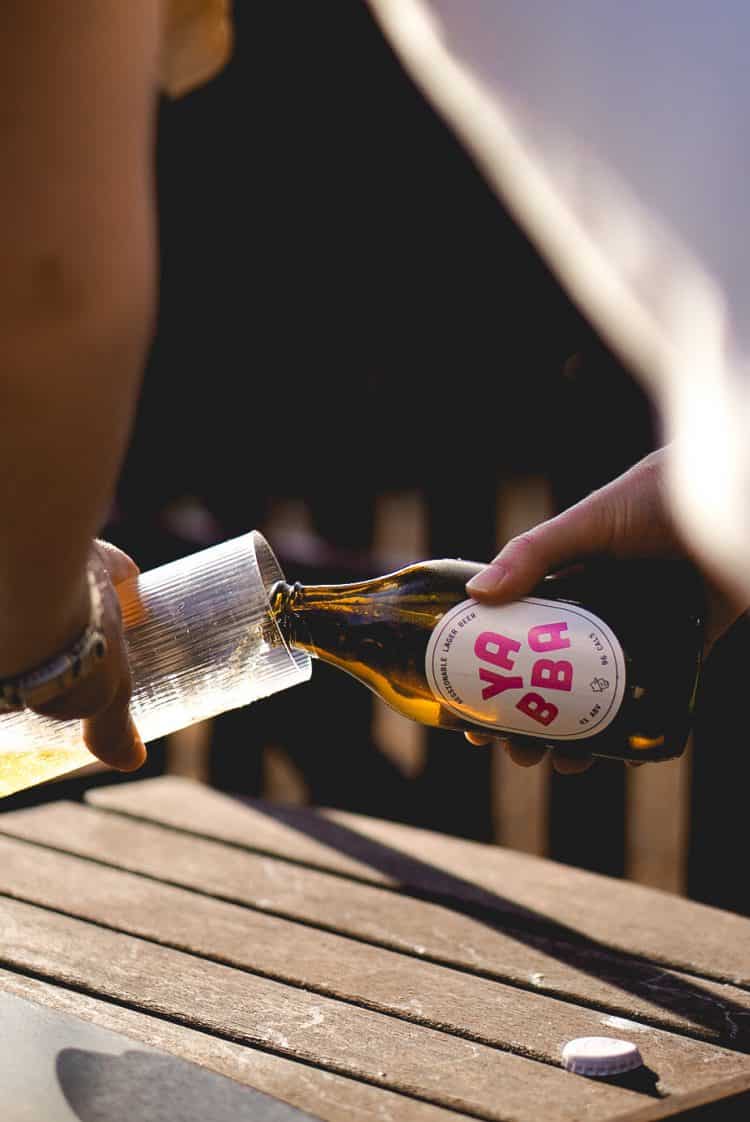 Launched during the start of the Covid-19 pandemic, mostly to fill the founders’ time, south-west London-based YABBA is a low-calorie beer from friends Jonny Parker and Matt Yeabsley. Having met while studying at university, the pair were particularly inspired by low-calorie beers available in Australia. Upon returning to the UK, they were unimpressed by British examples which either left them feeling sluggish or compromised on taste: so they decided to make their own.

YABBA contains approximately 30 per cent fewer calories than standard lager, but due to its unique brewing process, the flavour is far broader than typical low-calorie beers, brewed for longer than usual. It’s also brewed to full strength (four per cent ABV) and is vegan-friendly. With YABBA, the team hope to make beer fit better into active lifestyles. Low calorie beer hasn’t witnessed the same growth as low-alcohol beer of hard seltzer, but it’s believed to have serious growth potential considering consumer habits.

Determined to prove small businesses can be a force for good, sustainability is another key focus with the production of YABBA. In addition to offering plastic-free packaging, using natural gummed paper tape and recycled paper flyers, the brand works with Ecologi who plant trees to offset carbon produced by the business. Thus far, 82 trees have been planted and 5.31 tonnes of carbon have been offset, equivalent to driving 13,174 miles in a car. Moreover, YABBA’s beer is produced in partnership with a leading sustainable brewery, with waste water from the brewing process recycled while used hops are donated to a local farm for animal feed. The brand also aims to target B-Corp certification by the end of 2022.

Named for the infamous Australian cricket heckler, YABBA is a sessionable lager beer. With fine carbonation, the lager has pale malt aromas alongside some yeasty bread notes and a feint zip of lemon. Typical lager notes are prominent on the palate with further light maltiness and a refreshing finish, far bolder than expected.

YABBA can be purchased from the brand’s website in cases of 12, or individually from select bottle shops.