Jamal Hijazi was 15 when a video of a fellow schoolboy assaulting him in Huddersfield was shared across social media. 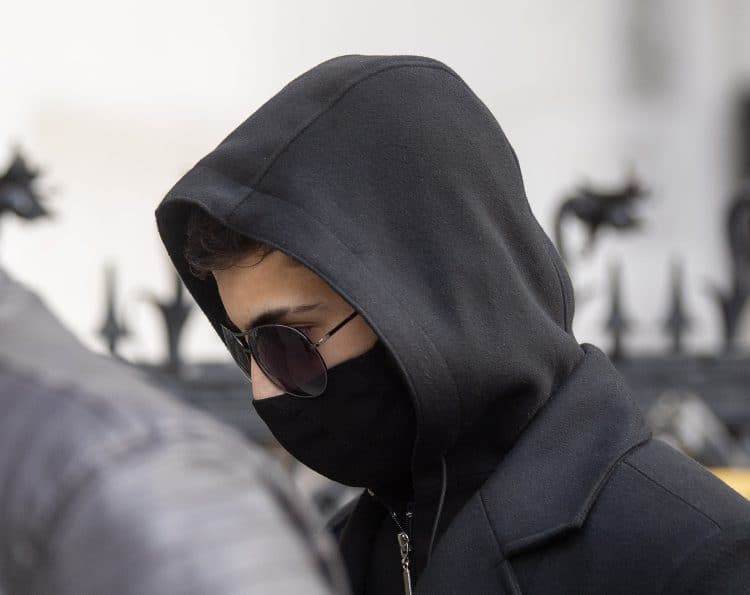 Syrian schoolboy Jamal Hijazi, 17, arrives at the Royal Courts of Justice, London, where he is suing English Defence League founder Tommy Robinson - whose real name is Stephen Yaxley-Lennon - after Robinson commented about a video of Mr Hijazi being attacked in a school playground, claiming he was "not innocent and he violently attacks young English girls in his school". Picture date: Wednesday April 21, 2021.

The Syrian teenager who won £100,000 in damages from Tommy Robinson has pledged to use the cash to start a charity for young people.

Jamal Hijazi was 15 when a video of a fellow schoolboy assaulting him in Huddersfield was shared across social media.

The footage showed Hijazi – a refugee from Homs in Syria – being forced to the ground by his neck, before his attacker poured water on his face and threatened to drown him.

Shortly after the video of the incident went viral, Robinson – whose real name is Stephen Yaxley-Lennon – claimed in two Facebook videos that Hijazi was “not innocent and he violently attacks young English girls in his school”.

In the clips, viewed by nearly a million people, 38-year-old Robinson – the English Defence League founder – also claimed Hijazi “beat a girl black and blue” and “threatened to stab” another boy at his school, allegations which were rejected by a judge as false earlier this month.

Along with his family, Hijazi was forced to flee his home in Huddersfield after Robinson’s intervention for fear of retribution, moving instead to the Midlands.

Speaking for the first time since the libel case, the Syrian teenager – now 18 – said: “I want to use this money to set up a charity to help young people of any race who go through problems at school or anywhere.

“Not just bullying, but racism or any other problems that young people experience,” he told the i newspaper.

“I have been through a lot and I want other young people to have the support that I had and I want to help people.”

He said it “felt good” to have won the case but when asked about Robinson said: “I don’t want to go into that.”

“Life is good,” he added, revealing that he plans to take an apprenticeship. “I am a lot happier and it feels good to have won this case.”

Speaking after the judgment, Robinson who attended the remote hearing by video link, said he was “gobsmacked” by the costs Hijazi’s lawyers were claiming, which he said included £70,000 for taking witness statements.

He said: “I’ve not got any money. I’m bankrupt. I’ve struggled hugely with my own issues these last 12 months… I ain’t got it.”

But Tasnime Akunjee, Hijazi’s lawyer, said it was disgraceful that Robinson “thought it was in any way appropriate to add to the burden of a child who had been seriously bullied”.

“This outcome shows there are limits to what society will tolerate and that when someone crosses the line, there will be support for the victim and that those responsible will be held to account,” he said.

“For Jamal and his family, it is a great relief that the horrific lies which were told about Jamal have been resoundingly put to bed and his name has been cleared.”