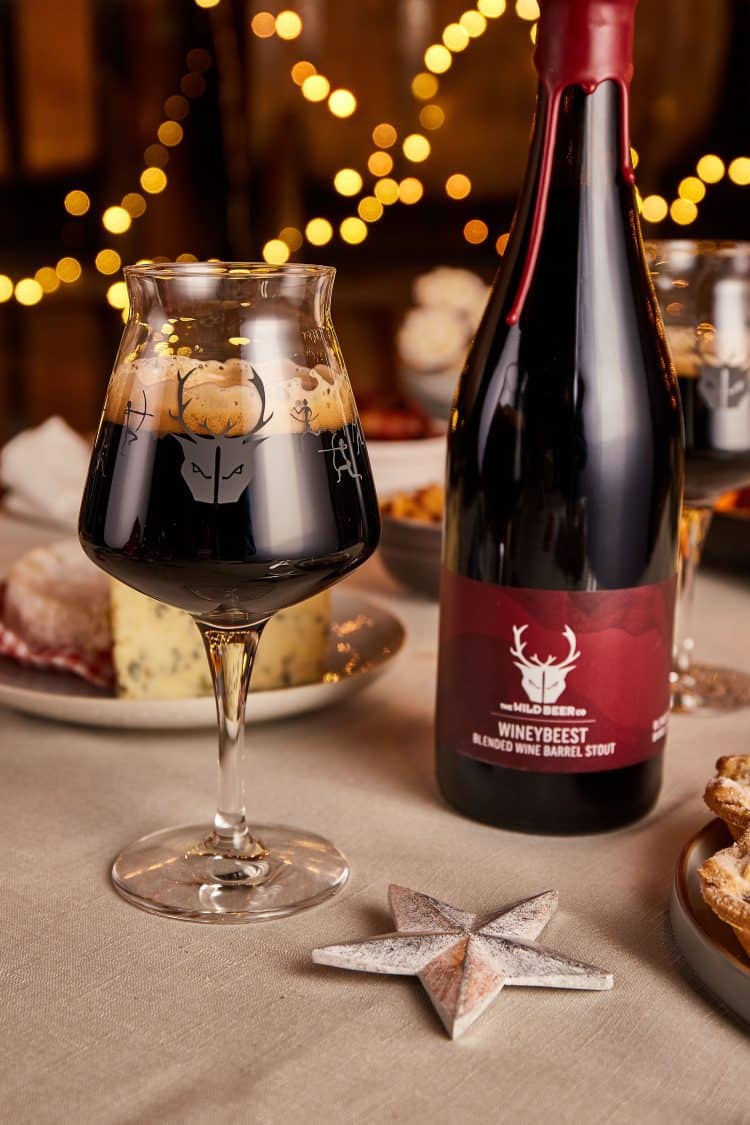 Joining the brewery’s core range, Somerset-based The Wild Beer Co. has launched a brand new range of beers in the lead up to Christmas. New beers from the brewery include the likes of Big Buck, a barrel aged barley wine; B.A.B.S 4, a ‘Barrel-Aged Blended Stout’; and The Wild Beer Co. Wineybeest 2021, a stout matured in wine barrels. These join The Wild Beer Co. core beers such as the flagship Wild IPA, brewed especially to be paired with food.

Established in 2012, The Wild Beer Co was born from a love of fermentation and barrel-ageing shared by founders Andrew Cooper and Brett Ellis. Set against the backdrop of the rolling Somerset countryside, the brewery produces its range of beers using nature, science, and “a little Somerset magic”. Modern, creative techniques are combined with often unusual ingredients to produce interpretations of some of the world’s oldest beer styles. The wild nature of the beer’s produced (hence the name) is displayed through alternative fermentations and the use of unorthodox yeasts alongside the brewery’s barrel-ageing and blending program. The brewery’s house wild yeast, for instance, was captured in a neighbouring cider orchard.

An imperial stout with unexpected subtlety, The Wild Beer Co. Wineybeest 2021 began life as the brewery’s bold Wildebeest stout, which was matured in wine barrels to produce balanced acidity. On the nose, red wine notes join bold chocolate, red berries, licquorice and some soft coffee. Dark chocolate and red berries continue on the palate alongside jammy notes, roasted malt, and some bittersweet savours with plenty of tannins. The finish is then dry with a slightly sour vinous edge, plus plenty of ruby port character and a silky mouthfeel. A remarkably complex, nuanced imperial stout.