A naturally cloudy wheat beer with a full body and fruity finish. 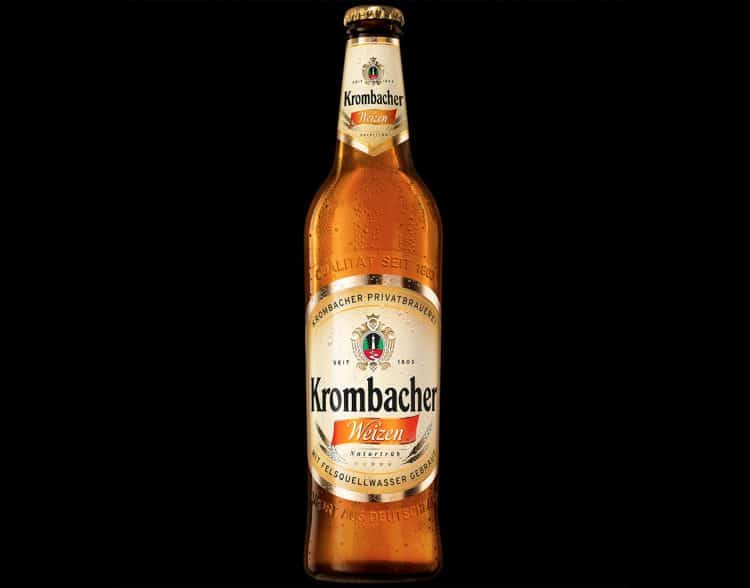 An independent, family-run brewery with a deep respect for nature, Krombacher has been producing its beers exclusively in the small town of Krombach, central Germany, since 1803. Imported into the UK by Morgenrot and Oakham Ales, the brewery has achieved consecutive year-on-year double-digit UK sales growth since 2012, with over 300 draught taps now in operation in the UK.

To make the company’s beer, which adheres to the German Beer Purity Law of 1516, Krombacher employs 55 Master Brewers who combine time-consuming traditional methods with state-of-the-art technology. The finest two-row summer barley is combined with Siegel hops from Hallertau and the brewery’s own specially cultivated Krombacher Pilsner Superioris yeast used in one brew only. Local Felsquellwasser® water is also sourced from within three kilometres of the brewery.

On the launch of Krombacher beers in Ocado, Stephan Kofler, Krombacher’s Sales & Marketing Director UK & IRL, said: “We’re delighted to have this dazzling trio in Ocado for the late summer months, autumn and festive season ahead. Our fan base continues to grow around the UK so it’s great to be able to reach Ocado’s discerning consumers and provide them with three beers oozing real provenance, absolute authenticity and most importantly, unbelievable flavour.”

A naturally cloudy wheat beer, Krombacher Weizen has an opalescent orange complexion with a large foaming head. Wheat dominates on the nose alongside some feint coriander and ripe banana which continues on the palate alongside lemon, honey, bread, wheat, yeast, and clove notes. Full-bodied with mild bitterness, the beer also has a gorgeous foamy mouthfeel typical of weizen beers. The finish, on the other hand, is long and fruity with more banana joined by some contained bitterness.