“The rusting bridge is a metaphor of the damage the Conservatives have done to our city since 2010." 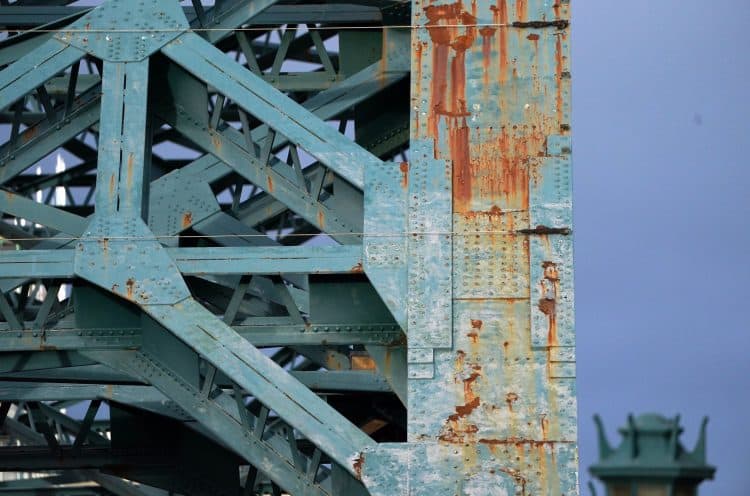 A cash-strapped council has said the rusting Tyne Bridge was a metaphor of the damage caused by Tory austerity since 2010 and would have been repaired if it was in the South East.

The national landmark, a symbol of civic pride for the North East of England, has been scheduled to have major refurbishment for years.

Large patches of rust can clearly be seen from the road which links Newcastle and Gateshead, discolouring the green structure which has not been fully repainted since 2000.

Newcastle City Council has said it does not have the money to pay for it and has asked the Department for Transport to fund a £40 million repair programme ahead of its centenary in 2028.

It said major works it requires are outside its “limited” annual budgets, which means it must bid for government support.

Labour Councillor John-Paul Stephenson, the council’s culture lead, has said the bridge would not have been allowed to fall into such disrepair if it was in the South East.

He said: “The rusting bridge is a metaphor of the damage the Conservatives have done to our city since 2010.

“A major landmark in the South would not have been allowed to get to this level.

“I know that there are parts of London and the wider South which need TLC too.

“But the difference is that these are not iconic structures.

“I certainly don’t want to dismiss how important these are to their local infrastructures, but the point is they don’t tend to be so integral to representations of the city.

“If they were, it would have been sorted.

“Levelling up needs to be more than just words.

“If they can waste money on a fancy press room in Downing Street, they have the money to restore one of the UK’s most loved landmarks so we can be proud of it again in time for its centenary in 2028.”

The Department for Transport was supportive of the Tyne Bridge being restored and was waiting for a bid from the council.

A spokesman said: “We are keen to see the Tyne Bridge returned to its former glory, and await further information from the council before we can consider allocating funding.

“Our commitment to levelling up the North East has already seen £20 million provided to improve transport in the region, and we hope Newcastle City Council considers reapplying for funding for other schemes in future rounds.”