“For the Duke to be holding out for more than half-a-million in rent every year is an absolute disgrace. It’s money grabbing, plain and simple.” 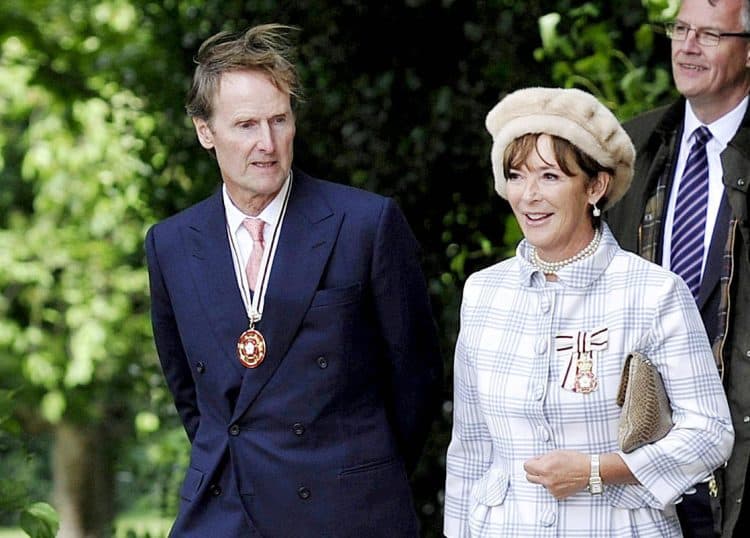 The Duke and Duchess of Northumberland. Credit:SWNS

One of Britain’s richest aristocrats has been dubbed ‘Scrooge McDuke’ for threatening to derail a new train line on his land – unless he is paid £600,000-a-year in rent.

Ralph Percy, 64, the 12th Duke of Northumberland, is said to have “demanded” the money is paid in order for the train to travel across his vast estates.

The cash row has erupted over plans to build the Northumberland Line, which will restart passenger services from Ashington and Blyth to Newcastle.

Northumberland County Council say the new line will improve job opportunities for cut-off and deprived communities in the North East.

But lawyers for the council claim the Duke – who lives in the famous Harry Potter castle in Alnwick and is worth around £315million – is demanding a yearly rent.

Wayleaves are contracts between a landowner and a third party which allows building or access in exchange for money, sometimes in the form of an annual rent.

Richard Turney, representing the council, said at a meeting last week: “The wayleave leases contain rent provisions which are archaic and predicated on the original primary purpose of the railway, to serve coal mines.

“These provisions are completely antithetical to the operation of a railway, in fact, the provisions of the wayleave have proved highly contentious.

“This has culminated in the Duke of Northumberland twice threatening to terminate the wayleaves in a dispute over rent, including after this application was made, with an extraordinary demand for more than £600,000 in rent.

“Provisions which give an individual such a stranglehold over public resources are inappropriate.”

Residents and business leaders in Ashington and Blyth blasted the Duke for risking the future of the train line, and accused him of “money grabbing”.

Business manager Stephen Rowe, 45, said: “Ashington and Blyth are both less than 20 miles away from Newcastle but the only way to get there is by car or an hour on the bus.

“The towns are two of the poorest in the region and many people just cannot afford a car.

“A train line would transform the area because people could easily travel to Newcastle for work. People’s homes would go up in value too.

“For the Duke to be holding out for more than half-a-million in rent every year is an absolute disgrace. It’s money grabbing, plain and simple.”

Blyth resident and mum-of-two Angela Whyte, 30, said: “He [the Duke] has probably never even been here but by some weird accident of birth, owns the land where the train will be built.

“He’s already nicknamed Scrooge McDuke by people around here and you can see why.

“He’s probably just sitting in his big castle counting his money while the rest off us are plugging away trying to make the best of what we’ve got.”

The row comes weeks after the Duke lost a so-called ‘peasants’ revolt’ when allotment holders defeated his plan to build 80 new homes on Syon Park in west London.

The Northumberland Line, formerly known as the Ashington, Blyth and Tyne Line, was shut to passenger services in the 1960s as part of the Beeching cuts.

Northumberland Estates have denied the allegations and insist the Duke is “fully supportive” of the train line being built.

A spokesperson said: “We are and always have been fully supportive of [the Northumberland Line] project and have already agreed the access and land requirements for the rail line and new facilities with the county council.

“Unfortunately, we have a separate and a long running dispute with Network Rail, who are attempting to claim private property rights without appropriate consultation and compensation.

“This disagreement is with Network Rail alone, who have been intransigent for decades, and is the only element of dispute for us.”

Related: Isleworth gardeners’ uprising gets better of Duke of Northumberland