Overlooking the Thames and Southbank, in the Sea Containers London, Ryan Chetiyawardana’s Lyaness serves ingredient-focussed cocktails with a cook’s approach. 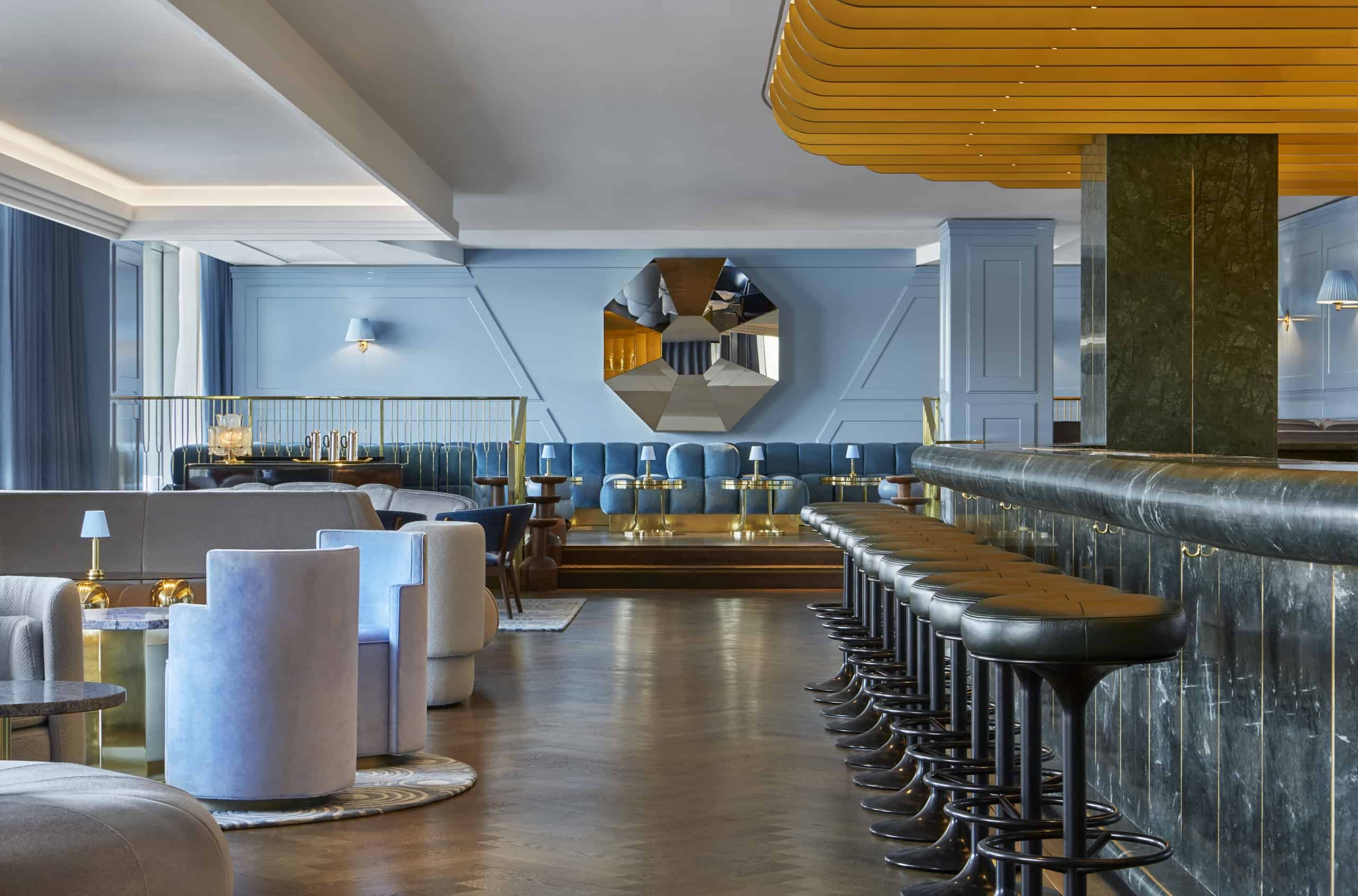 The only central London bar from Ryan Chetiyawardana, best known as Mr Lyan, Lyaness occupies a ground-floor site in the famous Sea Containers London building. In addition to offering impressive views of the river and buildings such as St. Paul’s Cathedral, the bar (unlike so many in famous buildings with sweeping views) offers an exceptional drinks selection.

On the former site of Mr Lyan’s multi-award winning Dandelyan (named World’s Best Bar), Lyaness was launched in March 2019, with a focus on sustainability, innovation, and a desire to challenge the accepted style of cocktail menus. At Lyaness, the team aims to take weird and wonderful flavours and to make them accessible and interesting, as well as giving more autonomy to the guest, ultimately allowing them to play around with different ingredients to find their ideal cocktail. This concept breaks down the barrier between guest and bartender, encouraging more interaction, which is aided even further by warm, welcoming staff.

With a cook’s approach to cocktails, the menu is designed around specific ingredients rather than cocktail types. Based on the team’s search and creation of unusual ingredients used within their drinks, the cocktail menu showcases seven particular signature ingredients. Although the menu is one of the area’s most ground-breaking, designed by cocktail nerds for cocktail nerds, it’s unpretentious and inclusive with something for everyone – even if you fancy just a beer, glass of wine, or a classic cocktail. Classic cocktails are available (and done well), but I’d highly recommend ordering from the menu here, or at least sampling one of the seven key ingredients in a classic cocktail.

On the cocktail menu, ingredients include the likes of ‘Lyaness Tea-mooth’, which features in drinks such as the ‘TOT-Negroni’ alongside Porters Tropical Old Tom and blackberry and tomato seed Campari. Created in collaboration with Henrietta Lovell of Rare Tea Company, the Lyaness Tea-mooth celebrates the shared lineage of tea and vermouth. The Lyaness Rare Tea blend is put through a number of different processes, such as fermentation, before blending it back together to create an alcoholic ‘vermouth’ made entirely from tea. The result is a liquid with an apricot backbone, toasted nutty notes on top, and a rich, salty texture.

‘Vegan Honey’ is also applied liberally throughout the menu, including in a welcome drink, replicating the honey making process. To make vegan honey the Lyaness team copies the enzymatic process carried out by bees, producing their own range of inverted sugar syrups inspired by the flavour profiles of honeys from around the world – including melon, sweet soy, chestnut, meadow sweet, and eucalyptus – which are then blended together.

Other highlights from the Lyaness cocktail menu include ‘Rose Nacional’, a well-balanced fruity drink with purple pineapple cordial at its core, plus Havana rums, a dash of mescal, cider vermouth, and rose tea. The ‘Cereal Martini’, on the other hand, is an absolute masterpiece. Ketel One vodka is teamed with seeded vermouth and ‘Golden Levain’ – a syrup made using sourdough starter mixed with miso and sake kasu before being baked and blitzed with sugar and water. It’s evocative of Champagne yeast and brings a prominent toasted malt savour to the overall drink.

In addition to the drinks, Lyaness’ bar snacks menu is also of note. On weekends throughout July, the bar serves an afternoon tea menu from Sri Lankan restaurant Hoppers, with a menu of sandwiches, savouries, and sweets using bold Sri Lankan flavours and spices, paired with cocktails infused with Sri Lankan flavours, from Ryan Chetiyawardana and the Lyaness team. Hoppers will also be the bar’s first partner for its relaunched Sunday Lyan series in collaboration with Fever-Tree. On Sunday 25th July, cocktails with Sri Lankan and South Asian flavour combinations will be served alongside bar snacks from Hoppers.

Rebranding one of the world’s best bars was never going to be easy, but the drinks and attention to detail at Lyaness are absolutely awe inspiring.

RELATED: The Glade at sketch relaunches with a new vegetable-based ‘Garden Menu’