The Icelandic financial crisis of 2008 may, at first glance, seem just to be a footnote in the wider context of the 2007-9 global financial crisis and subsequent Great Recession, but this couldn’t be further from the truth. As revelatory new book Iceland’s Secret: The Untold Story of the World’s Biggest Con proves, this is the story of our times. Written by a true insider—the man who headed the forensic investigation into the collapse of Iceland’s three largest national banks, which precipitated the crisis—it not only provides a page-turning account about the financial collapse of a whole country but also shines a light on the pervasiveness of financial crime across the world. Without proper monitoring and deterrents, which are still sorely lacking, we could all be heading towards a bigger global meltdown in the years to come. To mark the publication of Iceland’s Secret, out now through Harriman House, we speak with its author, international financial investigator Jared Bibler. 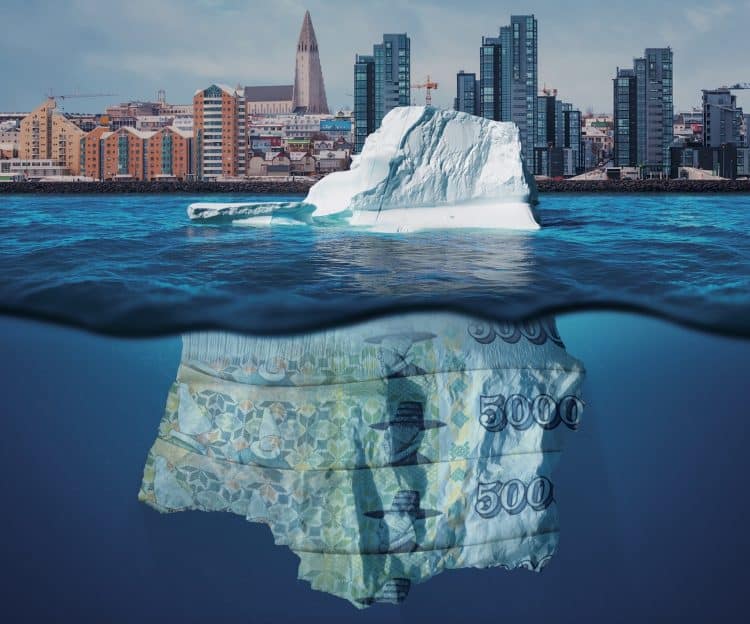 Q. What led you to writing Iceland’s Secret?

A. I was deep into these investigations for a few years after Iceland’s economy collapsed in 2008, and it was an experience of almost daily shock for the very few of us who were on the front lines after the crisis. Some of the crime was so brazen! And the more we looked, the more it multiplied—all the while we were feeling the dire consequences in our daily lives. But, of course, we couldn’t tell anyone about what we were seeing—the investigations were necessarily confidential. Once the court trials got underway in the middle of the last decade, I kept waiting for it all to come out in big news pieces. When I realised it never would, I decided this was too important a story to be left untold: these were the largest cases of stock market manipulation the world has ever seen.

Q. Putting things into perspective, just how serious was the Icelandic financial crisis?

A. Autumn 2008 was bad everywhere, as some liked to say. But nowhere suffered the way Iceland did. Imagine if you went to the bank to take out some money and were told that it would not be accessible for an unspecified amount of time (and then when it was, it had lost most of its purchasing power). Imagine if the stock market in the UK lost 97% of its value over the next few months, what that would feel like in people’s retirement accounts. Now imagine if the UK itself was named a terrorist organisation (as the UK did do to Iceland)—and so all payments into and out of the country were frozen for a couple of months—with businesses unable to get paid for exports, and so unable to pay workers’ salaries. Imagine if each time you went to the hairdresser’s or the petrol station it cost appreciably more than the last time, because inflation was running rampant. Imagine if home sales more or less froze for a few years, because there were no new mortgages available.

Q. What were the mistakes or regulatory shortcomings that allowed the Icelandic financial crisis to occur?

A. There was a very long chain of mistakes. At the top I would say the cheerleading of the rapid growth of the Icelandic banks by our president and many politicians created an atmosphere of little scepticism around how the banks were actually making money. The banks grew so fast that there were hardly any regulatory staff to oversee them—for oversight of credit operations (the heart of banking regulation), for example, there was a team of five—and those staff who were there were often junior. All of the incentives were in place for the banks to grow and there was no upside in questioning them, either in the parliament, in government agencies, or in the press.

Q. Why did those within the three banks committing these crimes think they could get away with it?

A. First off, I think many of the day-to-day employees involved in these scams were not even aware they were committing crimes—although emails showed that many executives were aware. And the second thing is that these crimes spanned years—in the biggest two banks, there are indications that the buying of their own shares to keep up the share price went on for 10 years! So such behaviour was baked into the DNA of these institutions. Whole teams were built around keeping this machine going. They thought they could get away with it because they always had gotten away with it! It was only the ultimate collapse of nearly the whole economy that exposed this behaviour to the light of day.

Q. How did you uncover the financial scandal that had been going on under everyone’s noses in Iceland?

A. I got very lucky: I was in the right place at the right time. I was a new investigator hired by the financial regulator, with nothing on my desk those first few days. A senior lawyer on the team came over with a letter the stock exchange had sent us detailing some odd trading behaviour on a very few days. That one letter was the key to what became a Pandora’s box of illegal activity.

Q. What went through your mind when you discovered the true extent of the crime?

A. It happened in stages, because it took me a few months to uncover the big picture of what I ultimately termed ‘share laundering’—massive buying of shares on the public markets and then stashing them away in funny companies offshore. This saga is covered in a few chapters of Iceland’s Secret. So it wasn’t like there was a single moment of revelation but more a series of stomach-churning discoveries that took place over several months. Some of it was so big that I didn’t believe it at first. I had to amass other pieces of data to make sure that I was seeing what I was seeing. It could be quite disgusting at times, especially given what the population were living through at the same time we were making these discoveries. Later, as we looked into some of the smaller banks and companies, I became quite jaded. It was bad faith, dissembling, and outright lies as far as we could see. I had lost a little bit of my faith in humanity by the end.

Q. The Icelandic financial crisis was barely reported outside of Iceland at the time. Why do you think this was the case, and why is global reporting of such financial scandals important?

A. In our case, I think that’s easy to answer: there are no big news organisations with a footprint in Iceland. A few have stringers based there, but most of the reporters who came to cover the events of 2008 had left within a few days. However, I think a bigger issue is that, at least in the world of English-speaking media, there are very few journalists on the finance beat who have both a deep understanding of what they are covering and an ability to make those stories digestible by the general public. Add to that, most finance and business news is confined to certain sections of the newspaper or certain publications—and these journalists don’t often report with scepticism because they require access to certain politicians or firms to keep their jobs. We could certainly use many more journalists like Matt Taibbi, on both sides of the Atlantic.

Q. You lived in Iceland during the fall-out from the financial crisis. Just how bad was it for ordinary people?

A. We and many of our friends lost nearly everything: our house, our savings, our retirement savings. We kept our car because it was old and paid for, but many did not: my wife was at the time a legal secretary processing the paperwork for the repossession of thousands of cars. The prices of food went through the roof, we stopped going out to eat, we stopped traveling, and we lived a very restricted life for years. We finally left the country, as many did, to look for better opportunities abroad.

Q. Why is it important that we all understand about the Icelandic financial crisis?

A. I think it can serve as a cautionary tale. A good friend read this book early on; someone I trust, a very smart guy but also a layman when it comes to financial topics. He had raced through it in a couple of days, told me he couldn’t stop reading—but told me also that it left him sure that what happened in Iceland was only a preview of what was to come for the bigger markets and countries. He said that in Iceland it was easy for us to uncover such a scam because ultimately it’s a small nation with a small number of firms. He said something much bigger had to be going on the US or UK now. But how could we ever uncover that?

Q. How does your book differ from other popular titles on financial crime?

A. I’d like to think it makes an excellent addition to the genre, on the bookshelf alongside Bad Blood and The Smartest Guys in the Room. Unlike those greats, however, this one is unique in that it’s told from the first-person perspective of the lead investigator himself. Often these classic tales are pieced together later by reporters but I hope it’ll be quite engaging for the reader to follow along with me as I uncover and string together these big frauds. They underpinned the economic destruction of a whole, proud nation, which is another thing that sets this book apart: the far bigger consequences.

Q. Subsequent to the Icelandic financial crisis, is white-collar crime still as much of an issue within the international financial sector?

A. I have a firm belief that it is. But I cannot prove that. I’d say, read the book and then see if you don’t agree.

Q. What would you propose to better deal with white-collar financial crime?

A. We have to look at incentives, as human behaviour often follows. What incentives do we offer as societies to enable clean finance? We certainly offer lots of incentives to C-level executives and top financiers to cut corners here and there: they receive direct monetary benefits in the form of compensation packages for short-term gains for their firms—and these bonuses are rarely clawed back in the case of misdeeds later uncovered.

Viewing the world this way, through the lens of incentives, it’s perhaps much less surprising to imagine a vast landscape of potential white-collar crime.Iceland’s Secret: The Untold Story of the World’s Biggest Con (Harriman House) is out now on Amazon in hardcover, eBook, and audiobook formats, priced £22.99, £14.99, and £16 respectively. Visit www.icelandssecret.com.