"It is not that hard BBC News to portray the truth about Brexit", one person commented. 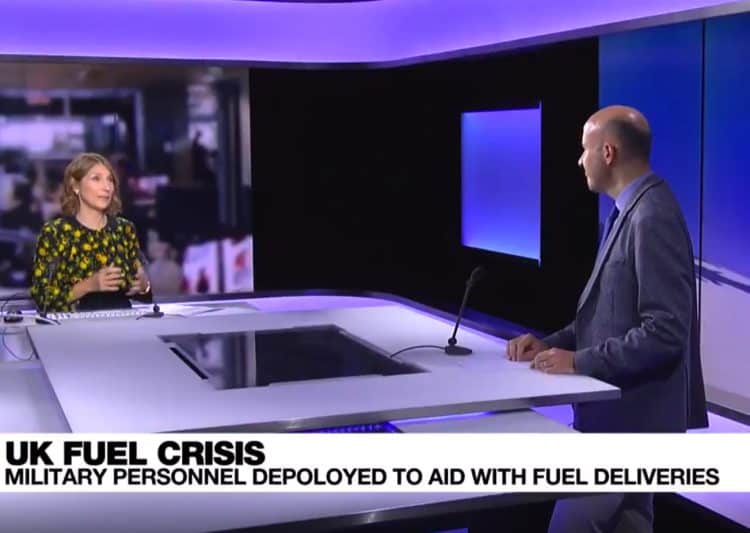 Britain’s fuel crisis is more likely to be the result of the “shoddy post-Brexit transition” than the aftereffects of the coronavirus pandemic, France’s state broadcaster has said.

Army tanker drivers took to the roads for the first time this week to deliver supplies to beleaguered petrol stations hit by the fuel crisis.

Boris Johnson, attending the Tory Party conference in Manchester, expressed confidence the crisis was “abating” and said the military were being deployed as a “precaution”.

The prime minister however repeatedly refused to rule out shortages in the wider economy in the run up to Christmas.

As well as an estimated shortfall of 100,000 HGV drivers, businesses from meat producers to retail, have warned of empty shelves if the shortages are not addressed.

Mr Johnson acknowledged the country was going through a “period of adjustment” following Brexit, which has cut off the supply of labour from the EU.

He insisted that he was not prepared to resolve the situation by pulling “the big lever marked uncontrolled immigration” to let in more foreign workers.

He said firms should ensure their employees were “decently paid” if they wanted to get more staff.

But outside of the UK, commentators were quick to pour scorn on the post-Brexit transition, saying the “shoddy” way it was handled is largely to blame for the shortages.

“We just heard Boris Johnson maintaining that a lot of countries are experiencing the same problems as a result of Covid, the pandemic, supply chain issues across the world.

“And it can be linked directly to the shoddy way in which the post-Brexit transition has been handled by this government.”