With a bit of political will, there are creative long-term solutions to the problems at hand. 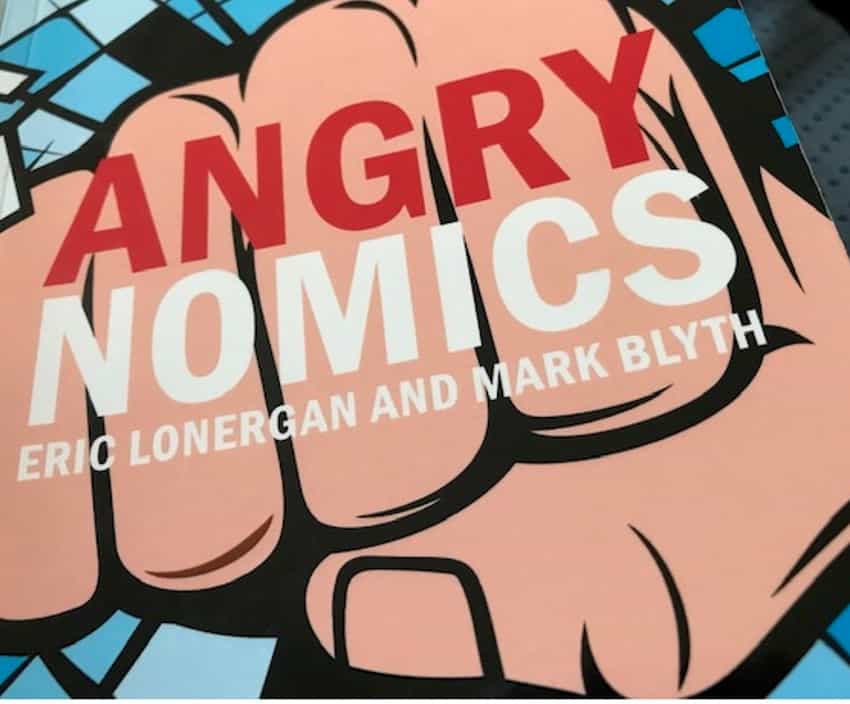 As part of the government’s ‘levelling up’ agenda, the Chancellor seems poised to rely on massive infrastructure spending to restart the economy, along with cuts to VAT and business rates. This is welcome in the near term. However, there are others that suggest this would not be making enough of the historical moment, and that present conditions afford us many more possibilities.

Among them are Mark Blyth and Eric Lonergan, authors of recent bestseller Angrynomics. According to their “whirlwind tour of 70 years of political economy”, we must understand our present economic situation downstream of a wider ‘hyper-globalization’, a set of sweeping political and economic reconfigurations starting in the 1970s and 1980s. Put broadly, for capital rich countries like Britain an influx of cheaper consumption goods and lower inflation came at the cost of global reallocation of investment, the severe truncation of manufacturing and intensely stressful ‘labour market reforms’ for the sake of international competitiveness. Rapid growth in global GDP per capita would ensue but in heavily skewed fashion, with median wages falling across the developed world. As Blyth notes “the top one percent globally captured as much income growth as the bottom 50 per cent of the entire world economy since the end of the 1980s”.

Such is the backdrop of Britain’s economy today, whose service-centric composition saw it recently deemed particularly vulnerable coming out of lockdown. Britain’s income and wealth disparities echo the aforementioned skew, and even before the current crisis many faced stagnant wages and indebtedness.

It is with acute awareness of such fractures (and the fits of tribal anger and moral outrage they entrain), that Blyth and Lonergan propose a strategic array of reforms – designed with present economic conditions and the modern institutional landscape in mind, and with an eye to decarbonisation and political feasibility to boot. Their suggestions (ranging from ‘recession-proofing’ measures to ‘data-dividends’) are manifold. To get a sense of their perspective, two of their suggested policy innovations are detailed below.

Firstly, they propose the creation of a new National Wealth Fund, built by making full use of the advantages governments like Britain’s have in the context of an economic downturn (where bonds act as an ‘insurance policy’ for private sector financial players). Financed by the issuance of a good chunk of low or negative real interest rate bonds, a National Wealth Fund could act as an investor in a portfolio of diverse equities, much like a pension fund or existing Sovereign Wealth Funds. The fund would earn the difference between the (negative or low yield) payments to bondholders, and the returns on its investments over the 20-30 year maturation period.

The proceeds, the newly created wealth, then acts as a ‘trust fund’ to be eventually drawn down for that majority with no assets (earmarked for housing, education, healthcare etc.). In this way, thanks to a combination of cheap downturn-debt and the logic of compound interest, the asset-less can get in on the financial action, both reducing wealth inequality and forming a buffer against the “change and risk” built into modern economies.

This is a form of “national inheritance that goes beyond national insurance”, designed with political feasibility and current economic conditions in mind: not only is its enactment more likely than significant wealth-tax based redistribution, but it stands a chance of garnering bi-partisan support over electoral cycles.

Dual rates would enable central banks to incentivise credit expansion to targeted private investment, without simultaneously punishing savers by subjecting the earnings on their deposits to the same negative rates (assuming that rates are passed on). This would circumvent any potential reluctance to extend credit, by allowing monetary policy to operate effectively beyond the ‘zero lower bound’, and further bolster the government’s infrastructure stimulus. In the UK’s case, this element would simply (albeit radically) extend and refocus the existing Bank of England’s Term Funding Scheme (currently supporting SMEs).

These are smart modifications and redeployments of existing institutional infrastructure and represent the kind of creative longer-term thinking that needs to be at hand even as the government focuses on immediate large-scale support for the cashflow of businesses and households (and ‘shovel-ready’ stimulus spending). All that is needed is the political will, and an acceptance of the fact that the state too can be an innovator.

Related: Britain is sleepwalking towards authoritarianism