“Unbelievable, it’s no longer meaningful to know how many people are being tested in this country”, Morgan said. 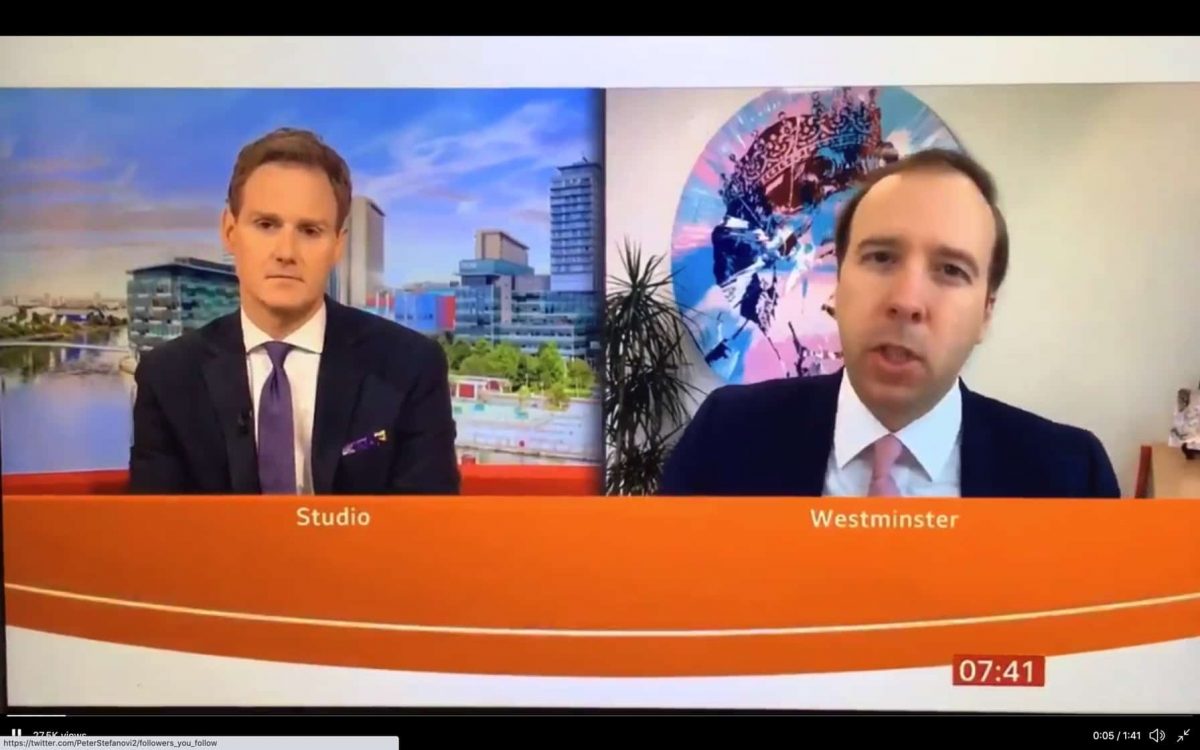 Piers Morgan has hit out at the BBC’s Dan Walker for not pushing Matt Hancock on claims that it is ‘meaningless’ to know how many people are being tested for coronavirus.

The Health Minister appeared on BBC Breakfast this morning as the government shunned Good Morning Britain for the 63rd day.

He said that the numbers “doesn’t add anything to the battle against coronavirus”, explaining:

“We are publishing a huge amount of data. What I’m saying is as it was measured, this specific figure you were asking for, it just doesn’t add anything to the battle against coronavirus.

“And it doesn’t help people to know what to do at a local level, because of the fact we are now several months into this fight. So I’m perfectly… I’m happy to… we’re working with the UK stats authority to try to find a way to publish it in a way that’s meaningful.

“But the meaningful figure is how many tests are conducted, where they’re being conducted, and where the positive tests results are. And that’s what is important for tackling this virus and that data will be made public.”

But it has left viewers distinctly unimpressed – with Piers Morgan on rival show Good Morning Britain accusing the minister of “blather”.

“This is the same health secretary in the middle of March that presided over the end of community testing, because that was no longer appropriate.

“And what does this mean that the number of people being tested is meaningless. I wish I could ask him…”

Morgan continued: “Unbelievable, it’s no longer meaningful to know how many people are being tested in this country”.

'What are you talking about Health Secretary? What could be a more important bit of data than how many people are being tested?'@Piersmorgan reacts to Matt Hancock saying the number of people being tested is not meaningful data in an interview on the BBC. pic.twitter.com/XEbK5EAJ3h