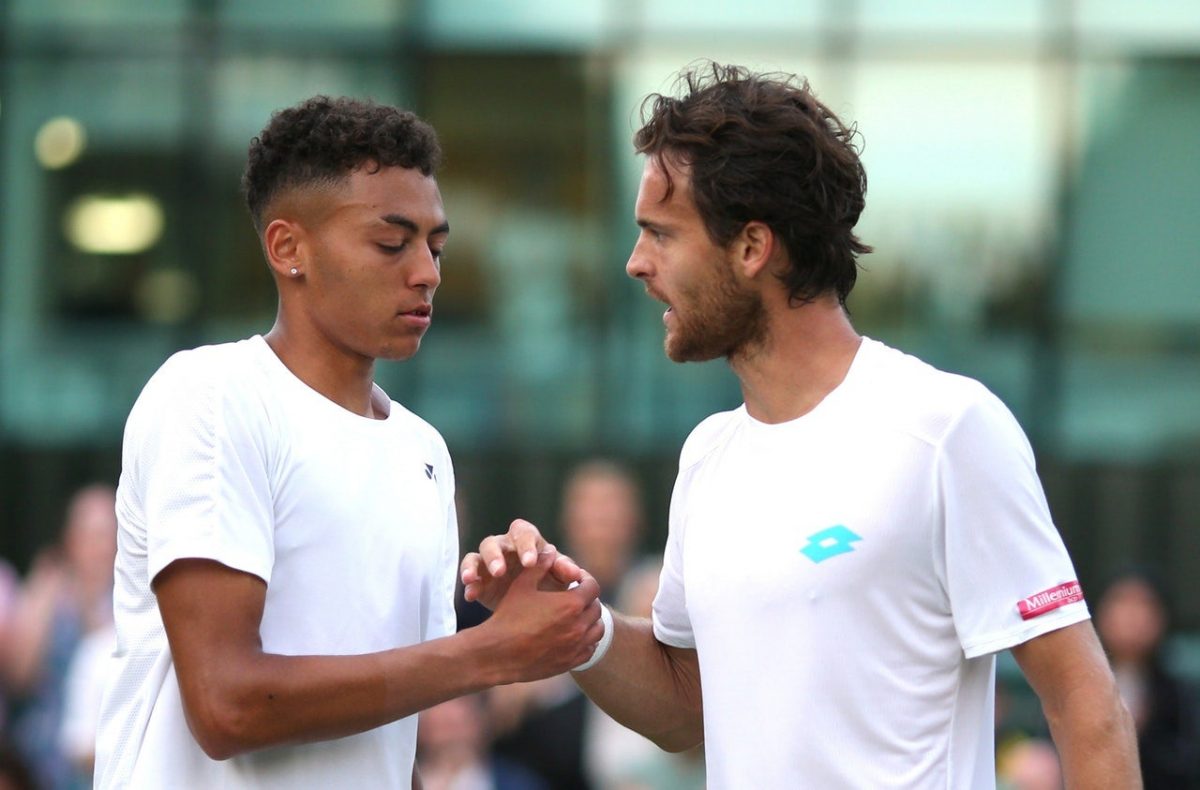 A surprise Royal visit brought some good fortune to the second day of Wimbledon as five Britons played their way to victory.

The Duchess of Cambridge created a buzz among fans at the All England Club as she made a rare appearance on the outside courts.

After two days of play, a total of seven Brits have progressed to the second round of the men’s and women’s singles competitions – the best number since 2006.

Sadly, the much hyped 19-year-old Paul Jubb, an orphan who was brought up by his grandmother on a Hull council estate, lost his debut Wimbledon appearance.

Before taking to court, the teenager said it would be “a proud moment” for him to play on the All England Club’s hallowed turf.

Late on Tuesday, it was revealed that Wimbledon fan favourite Sir Andy Murray would be partnering tennis superstar Serena Williams in the mixed doubles.

As the day’s play got under way, Kate, wearing a white Suzannah dress secured with a black belt, joined spectators on Court 14 at 11am to watch the first set of Dart playing American Christina McHale.

Dart, who won her match despite a faltering start, said it was “pretty cool” to be watched by royalty.

Asked if she had enjoyed watching the tennis, Kate said: “Very much so”.

The duchess also met Sir Andy Murray and British number one Johanna Konta in her behind the scenes tour of Wimbledon on Tuesday.

After watching some of the tennis action from the Royal Box on Centre Court, Kate moved to No1 Court to catch Konta beat Romanian’s Ana Bogdan in straight sets.

Kate, known as a passionate tennis fan, is patron of the All England Lawn Tennis and Croquet Club (AELTC).

British Fed Cup captain Anne Keothavong sat alongside the duchess as she watched the action on Court 14.

She said: “It’s brilliant to have the opportunity to sit there and chat to her and talk about Fed cup and British players and I guess just everything and anything about tennis.”

Keothavong said the duchess had also been “very impressed” by 15-year-old Cori Gauff’s remarkable win over Venus Williams on Monday.