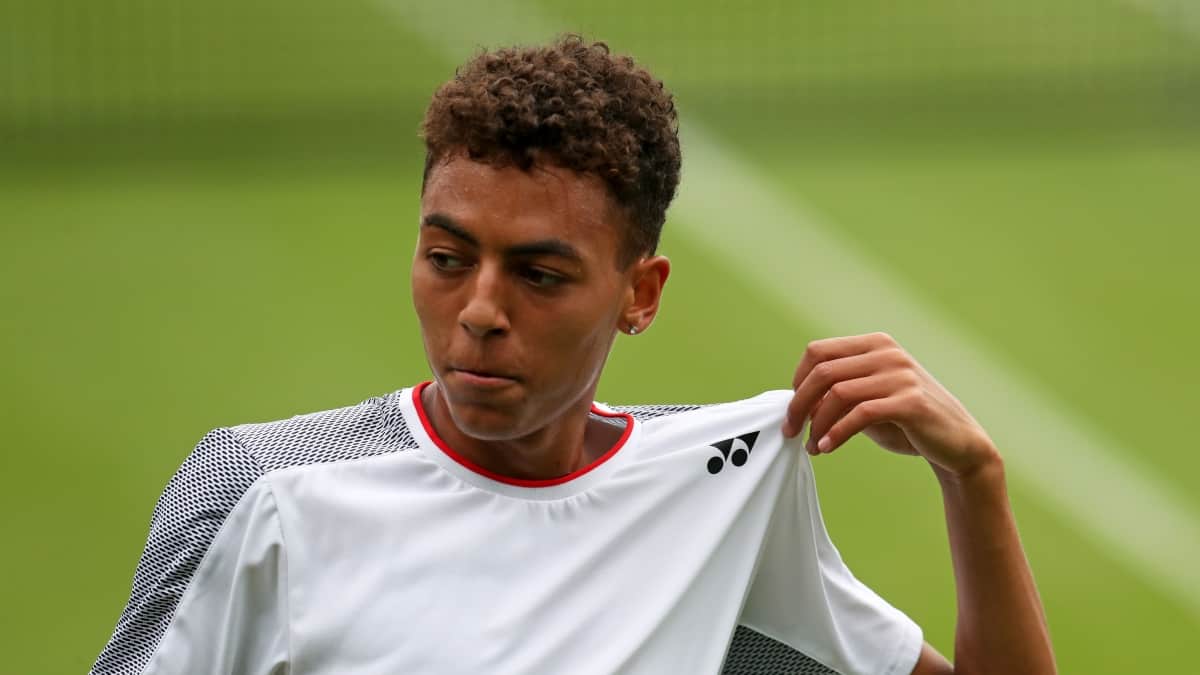 Young British tennis star Paul Jubb has revealed it will be “a proud moment” to appear at Wimbledon in front of his family.

The 19-year-old’s debut on the famous grass lawns at SW19 will be in stark contrast to the courts he grew up practising on in east Hull.

Jubb’s life and career trajectory is one of the most remarkable among the Brits appearing at the Championships this week.

Beyond happy to play my first @Wimbledon and be given this amazing opportunity. Thx to @the_LTA for all the support and everyone else on this journey with me. As a young lad growing up in Hull it was a big dream to get to SW19. #BackTheBrits #GamecockGRIT

Speaking after a practice session on Tuesday, he was asked if his grandmother would be watching him take to the court later in the day.

“Yeah, most of my family is coming,” he said.

The teenager, who counts Rafael Nadal as one of his childhood favourite players, was also asked what it would mean to play in front of his family.

“Everything, it will be a proud moment,” he said.

Jubb was just a baby when his father Shaun, a soldier, killed himself – while his mother Jacinta passed away in hospital in 2008.

The teenager, who was born in York, is reported to have a tattoo dedicated to his parents.

On father’s day last year, he shared a photo on Instagram of a man in uniform holding a baby with the caption: “#happyfathersday RIP”.

In an interview with the Mirror, his grandmother revealed she used her pension and family allowance to look after Jubb.

The budding tennis player would play swingball in his aunty’s garden, she said.

Jubb was spotted by a tennis coach when he was just five years old at primary school and since then has risen to the heights of the tennis world.

Ms Jubb told the newspaper: “This is a dream come true. I can’t describe how proud I am. He’s a lovely lad. His dream would be to play at Wimbledon and to win Wimbledon.”

After Jubb won the national under-16 title in 2015, he was given a 50% scholarship to attend the University of South Carolina.

Jubb and his coach Jonny Carmichael had saved up to make the shortfall, while assistance also came from the Lawn Tennis Association.

He was handed a wild card entry at this year’s Wimbledon, but because he is an amateur player he will not be able to collect his guaranteed £45,000 prize money.

Jubb, ranked 579 in the world, is due to play Portugal’s Joao Sousa in the final match to be played on Wimbledon’s court 17 on Tuesday.