The French defender, aged 26, then ran up to the referee to thank him for the gesture in an "example that could set a precedent." 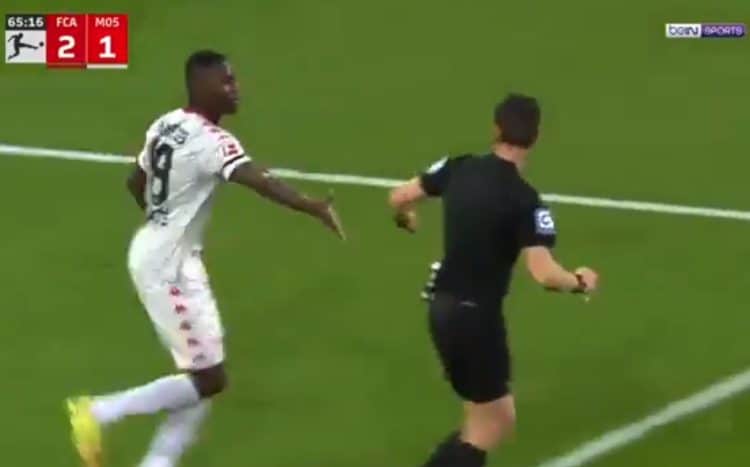 A football match in Germany between Mainz and Augsburg was paused as the referee allowed a player to break his Ramadan fast.

Mainz centre-back Moussa Niakhate has been observing the religious festival.

The referee Matthias Jollenbeck decided to quickly stop the match in the 65th minute to allow Niakhate to drink some water.

The French defender, aged 26, then ran up to the referee to thank him for the gesture.

Match officials take a lot of abuse from fans and players, but this was welcomed by the star and many watching at home.

It was the first time in Bundesliga history that a fixture has been paused to allow a player to break their fast during Ramadan.

The tweet translated reads: “Last week, a Bundesliga game was interrupted for the first time so that a Muslim player could break his fast during Ramadan shortly after sunset. An example that could set a precedent.”