The Bristol City head coach saw his side lose 3-1 at home to Leeds in their opening Sky Bet Championship game. 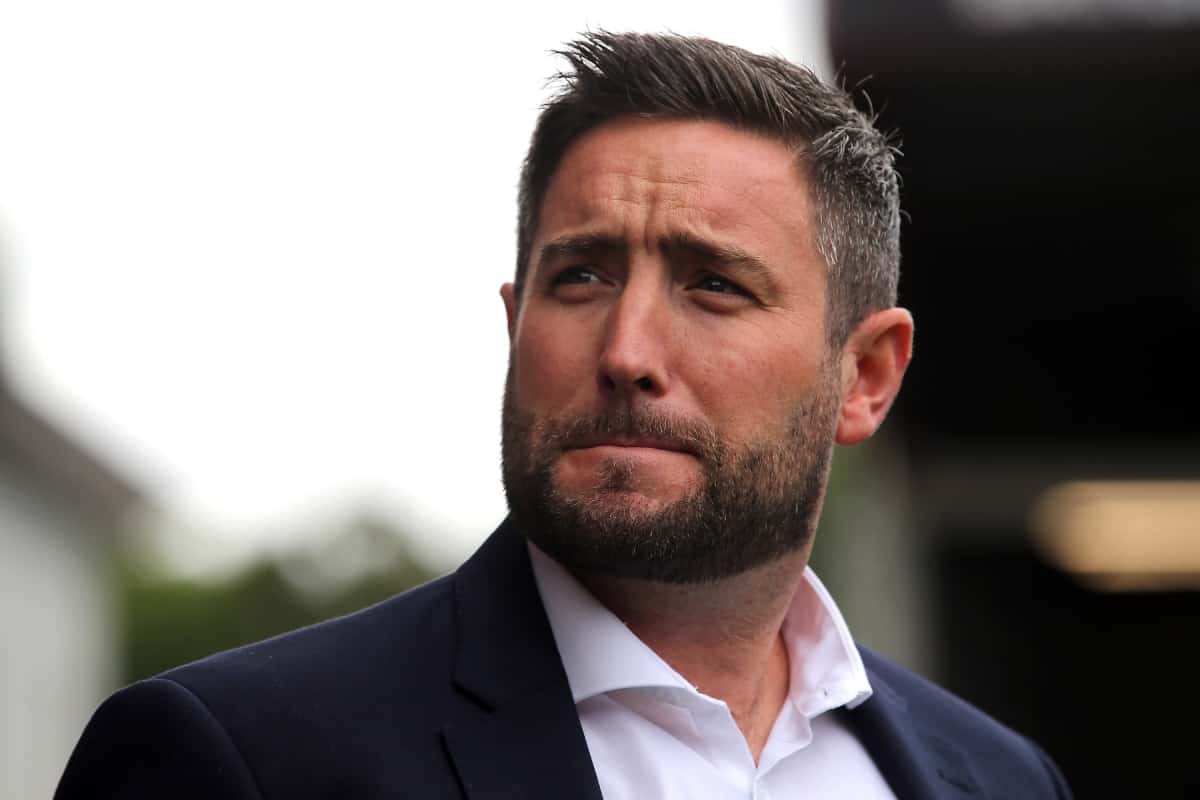 Lee Johnson claims he needs to sign five players ahead of next Thursday’s transfer deadline to recreate or better last season’s play-off challenge in the Sky Bet Championship following a 3-1 home loss to Leeds.

City’s head coach admitted his side were second best in most departments against impressive Leeds and faces a busy week, not least looking to replace centre-back Adam Webster following his £20 million move to Brighton.

Pablo Hernandez fired the visitors ahead after 26 minutes with a sweetly struck left-footed shot from 20 yards and Patrick Bamford doubled the advantage with a close-range header just before the hour.

A Mateusz Klich shot was deflected into the path of Jack Harrison, who made it 3-0 from eight yards with 18 minutes to go. Andreas Weimann’s deflected 79th-minute shot was no more than a consolation for City.

Johnson said: “They were better than us, simple as that. Sometimes you have to hold your hand up and admit you lost to a very good side.

“We are trying to close out a deal for Monaco midfielder Han-Noah Massengo and I’ll be disappointed if we don’t get him now. He is a diamond waiting to be polished, but he is young and we mustn’t expect too much too soon.

“I was disappointed to lose Adam Webster and we need to replace him. I will also be looking to sign a striker and, to be honest, we probably need five new players.

“Taylor Moore was given a chance at the back today and I thought he was excellent. But we have to rebuild again and that is a challenge I accept and relish.

“Leeds were better than us technically, not because of any lack of effort on the part of my players. The goals we conceded were poor from our point of view, but still required a couple of quality finishes.”

Leeds boss Marcelo Bielsa saw room for improvement, despite being happy with many aspects of his team’s performance.

“For the first 30 minutes of each half we played well and for the last 15 we conceded too much possession,” he said.

“We have to look at that and see the reasons why. We could have avoided allowing them so much of the ball in the later stages of each half.

“The team was very positive with three, four or five players playing above average. Two of these were Patrick Bamford and Ben White.

“I also thought Kiko Casilla managed the tempo of the game very well. Pablo Hernandez did well with a lot of dribbling that broke the balance of the opposition.”

Asked about the future of Kemar Roofe, Bielsa said: “At the moment there is no more news, but there may be soon. I can’t be happy if a striker leaves who scored 15 goals last season, so it would be stupid if I accept that situation. But if it happens we have to adapt.”

Both head coaches dismissed as a misunderstanding a fracas between the benches at half-time when City complained that Leeds player Klich had gone down injured to waste time.

“We spoke at half-time and there was no problem,” added Bielsa