The victim is in critical condition in hospital. 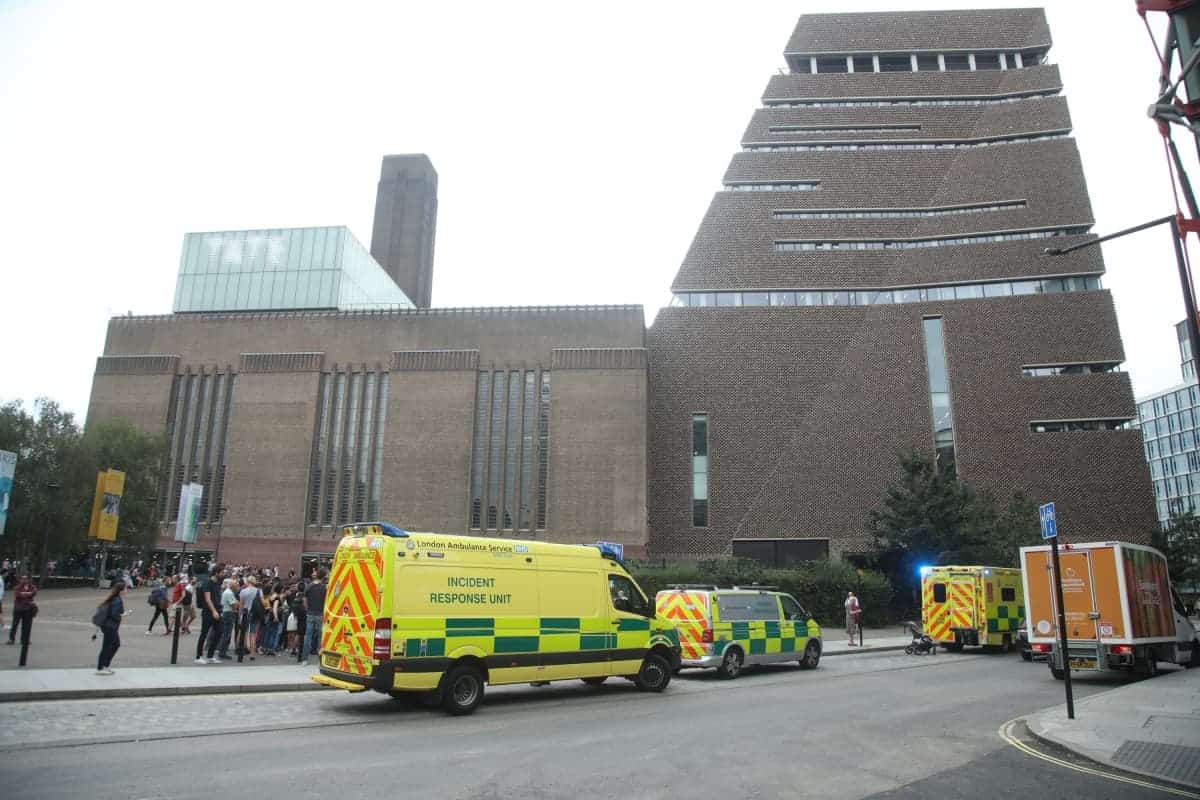 A teenager has been arrested on suspicion of attempted murder after a six-year-old boy was thrown from a 10th floor viewing platform at the Tate Modern art gallery in London.

The victim is in a critical condition in hospital after being found on a fifth floor roof, the Metropolitan Police said.

The 17-year-old male suspect had remained with members of the public on the 10th floor viewing platform after the incident on Sunday afternoon, the force said.

They added that there is nothing to suggest that he is known to the victim.

Officers had been called to the gallery at around 2.40pm and the child was treated at the scene before being flown to hospital by London’s Air Ambulance.

Visitors reported on social media not being allowed in or out of the gallery while emergency services dealt with the incident.

Scotland Yard said a number of members of the public are assisting police with witness statements and visitors to the gallery have been allowed to leave.

Admin worker Nancy Barnfield, 47, of Rochdale, was at the 10th floor viewing gallery with a friend and their children when her friend heard a “loud bang”.

Members of the public quickly gathered around a man who was nearby, she said.

Ms Barnfield said: “We did not notice the mum before, we noticed her after because she was hysterical by then.”

She said the person who was restrained by members of the public before the police arrived “just stood there and was quite calm”.

But most visitors only discovered that someone had been injured as they tried to leave.

A visitor, who did not want to give his name, said they could hear an air ambulance which had landed on the concrete walkway in front of the building.

A group of uniformed police officers could be seen going into one of the gallery entrances at 4.53pm as the metal shutters were brought down and visitors were turned away.

BBC journalist Jonny Dymond, who was in the gallery at the time of the incident, said visitors were funnelled into a main hall while all exits were closed.

He added: “There were quite a lot of families with children, and security guards told us we couldn’t leave.

“There were at least two fire engines, 10 police cars and an incident control unit.

“Parts of the exterior of the building were taped off.”

Greg Ritchie posted a picture of the helicopter on Twitter, saying: “Nobody being allowed in or out of the Tate Modern for the last 20 minutes.

“Plenty of police and ambulances arriving, and a helicopter just landed. Not clear what’s happened.”

He later said on Twitter that, after the air ambulance took off, the doors were being opened to allow visitors who had been kept inside the building to leave.

A London Ambulance service spokesman: “We treated a person at the scene and took them to hospital as a priority.”

The Tate confirmed that it would be closed for the rest of Sunday.

The Tate Modern was the UK’s most popular tourist attraction in 2018 after being visited 5.9 million times, according to the Association of Leading Visitor Attractions.

With the schools having broken up and holiday season begun, there are likely to have been thousands of visitors to the gallery on Sunday.