"To honour Raheem Sterling and the success of the England football team since they adopted Marxism." 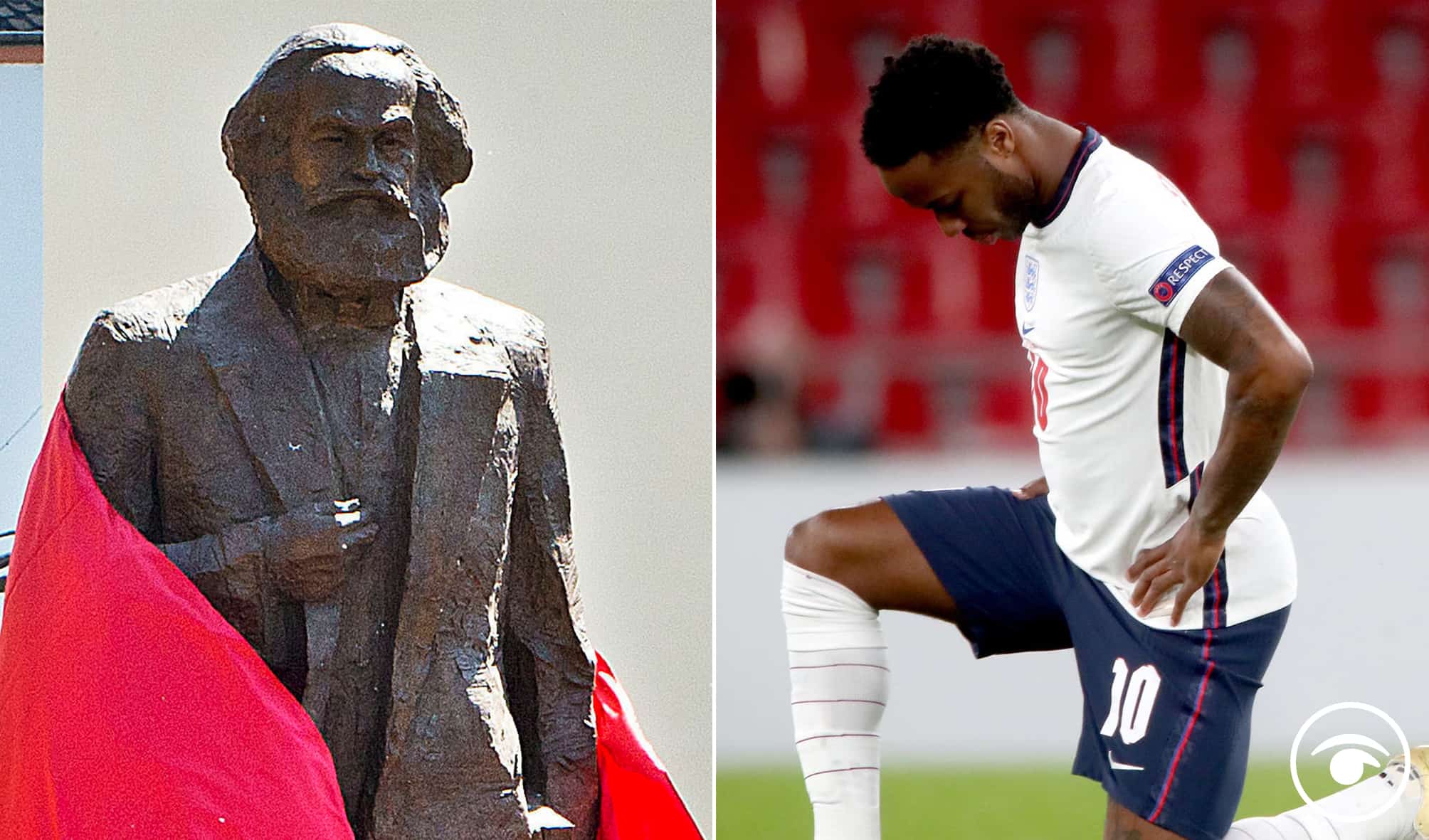 If you didn’t know already, England are playing Italy in the Euros final on Sunday at Wembley.

The whole country will be watching apart from one sour Tory MP who simply can’t get over players taking the knee.

Behind England’s success lies a credible social conscience which has seen squad members saluted for taking the knee against racism, making a stand on donating to the NHS, and taking the fight for free school means to Downing Street.

Manager Gareth Southgate said as much on the eve of the tournament in an open letter to fans.

“It’s their (the players’) duty to continue to interact with the public on matters such as equality, inclusivity and racial injustice, while using the power of their voices to help put debates on the table, raise awareness and educate,” he wrote.

The former Crystal Palace, Aston Villa and Middlesbrough player has been unapologetic in his players taking a moral stance on issues affecting the communities his squad members are from, and who they represent.

Southgate appeared weary when, on the eve of the Euros, he insisted his team would continue to take the knee as a gesture against racism and inequality at kick-offs, despite being jeered by sections of England fans.

With this in mind a petition has been set up to rename London ‘Sterlingrad’ to ‘honour Raheem Sterling and the success of the England football team since they adopted Marxism.’

I’ve just signed the petition to rename “London” “Sterlingrad” if England win the euros. You should too: https://t.co/UtLsBqwuml