Dean Henderson made the comments as he heads out on loan to Nottingham Forest, while the Cristiano Ronaldo saga rolls on . 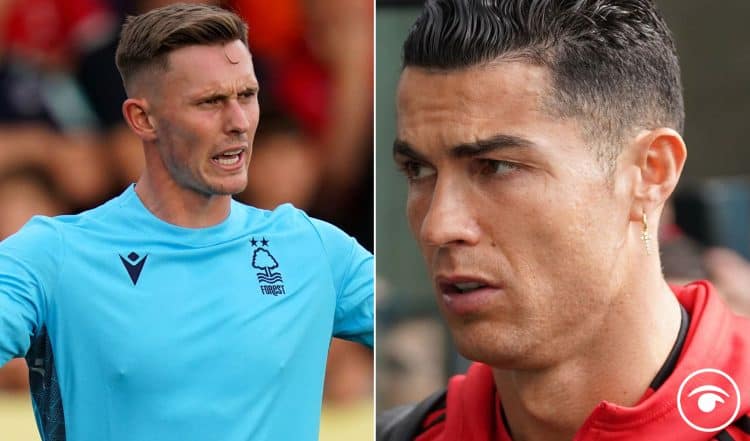 It comes as new manager Erik Tan Hag has called out star Ronaldo for his actions after their friendly game against Rayo Vallecano.

Ronaldo supposedly left the stadium before the team’s post-match debrief.

He was spotted leaving Old Trafford before the final whistle as he signed autographs for a handful of supporters.

Speaking about the incident, Ten Hag told AD: ‘I certainly don’t condone this. This is unacceptable. For everyone. We are a team and you have to stay until the end.’

Ronaldo was all smiles when he arrived.

But here he is leaving before the game finished.

The 25-year-old goalkeeper, who has joined the newly-promoted side for their first top-flight campaign since 1999, claims 12 months ago he was told by the Old Trafford hierarchy he would be first-choice for last season.

He said: “It was frustrating, because I turned down so many good loans last summer for that reason, and they would not let me go.

“To sit there for 12 months, it is criminal really, at my age, I was fuming.

“I told the hierarchy that I need to be playing football and to let me go, and I was almost gone before the manager (Erik ten Hag) came through the door. I have not spoken to him since.

“I worked hard on and off the pitch to keep improving, day-in-day-out, and now I am looking forward to the season with Nottingham Forest.”

His comments didn’t go down well with a lot of Manchester United fans: