"Looking forward to seeing what Arteta does when we draw Slavia Prague in Europe or Millwall away in the cup." 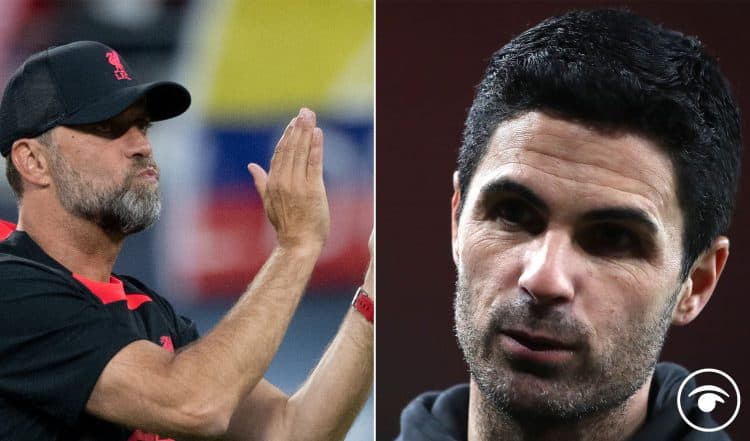 Mikel Arteta is working with the best Arsenal squad of his tenure, according to technical director Edu.

The club spent more money than any other in Europe last summer and have broken the £100million mark again this year to bring in Gabriel Jesus, Oleksandr Zinchenko, Fabio Vieira, Marquinhos and Matt Turner.

The team might be getting ready for the start of the season but it is a clip from Amazon Video that has got people talking.

They tweeted the clip and wrote: “The atmosphere at Anfield can be intense

“So Mikel Arteta prepares his players by blasting out You’ll Never Walk Alone during training.”

Some people thought it was a good idea.

But others, like Arsenal fan Piers Morgan, were left fuming.

They lost 4-0 in the game at Anfield.

Some other people were confused by it: