Pogba admitted he was open to “a new challenge somewhere else”. 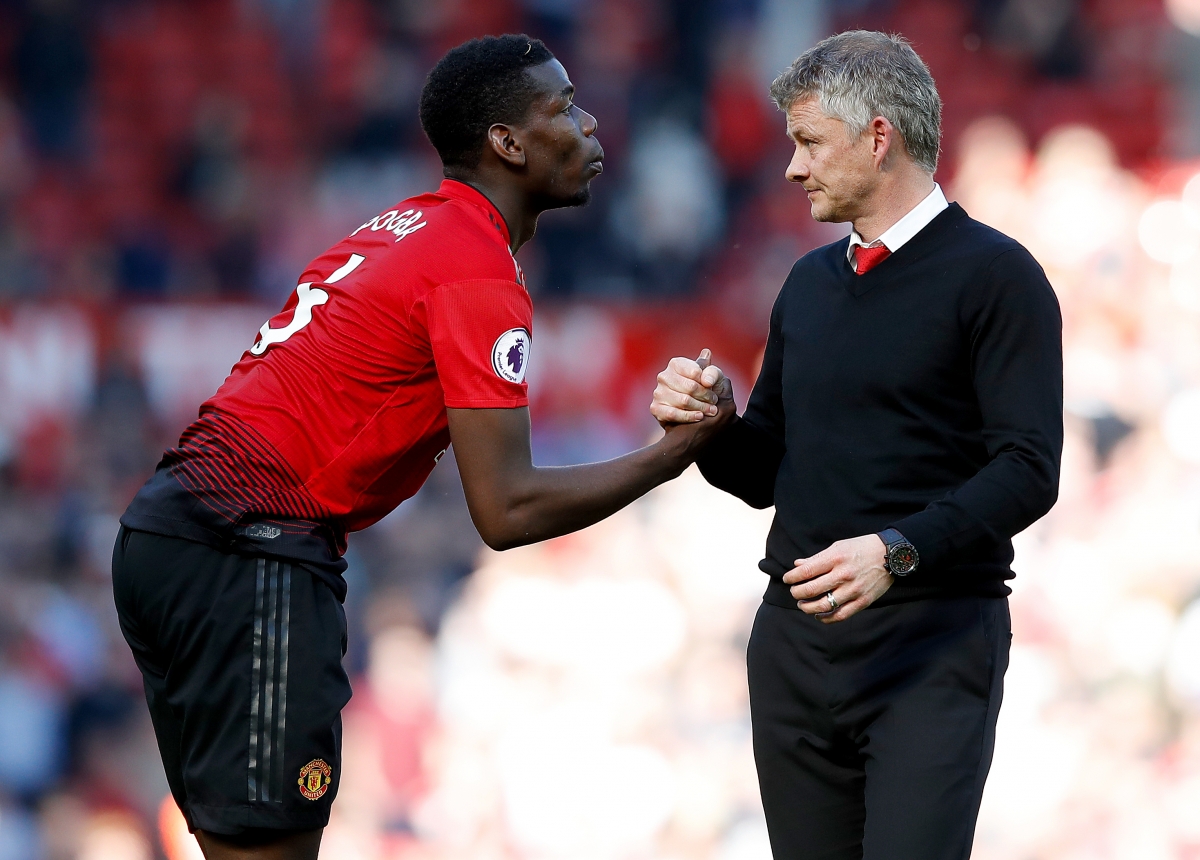 Ole Gunnar Solskjaer does not believe Manchester United fans will turn on Paul Pogba despite the midfielder expressing his desire to leave.

Three years on from returning to Old Trafford for what was a world-record fee of £89million, the 26-year-old’s future is under scrutiny.

Pogba admitted over the summer that he was open to “a new challenge somewhere else” – an admission compounded by his outspoken agent Mino Raiola’s public statements.

But the World Cup winner has knuckled down and impressed during United’s tour of Australia and Asia, with Solskjaer underlining his plans for the France international to play a key role for United this season.

Pogba is set to feature against Tottenham in Shanghai on Thursday and his manager is confident that fans will not give him grief when the team return to Europe.

“No (concerns about the reaction),” Solskjaer said next to a nodding Scott McTominay.

“I think our fans know what Paul has given the club and what he can give us.

“Of course, there are some loud, some small minority, and, no, Paul has been an absolutely top individual.

“I think both me and the players will testify to that, that he’s never ever been a second problem here and we’re just grateful when he performs as well as he does.”

While Pogba has impressed during the tour of Australia, Singapore and China, knocks have meant Romelu Lukaku will have missed all four matches.

PA understands that the wantaway striker has been the subject of a failed 60 million euros (£54 million) bid by Inter Milan, with United giving the Serie A giants a deadline to agree a deal.

“(Victor) Lindelof’s fine and Lukaku won’t be fit, no,” Solskjaer said ahead of the Spurs friendly.

“He’s been working with a physio the last few days so I don’t think he will make this one either.”

Asked whether he regretted bringing Lukaku on the tour or if it had been worth it, the Norwegian said: “Well, he got injured in training so he had to stay here.

“It’s not too bad. If it was worse, we’d have sent him home but he’s been working with physios in the gym and stuff so no.”

Lukaku trained on his own on the eve of the Tottenham match in the stifling Shanghai heat. View this post on Instagram

Ole says @VictorLindelof is “fine” to play in our #ICC2019 match against Spurs. #MUFC #MUTOUR

However, the Belgium striker is unlikely to be missed in Thursday’s International Champions Cup match given the performances of his fellow forwards during the tour, increasing the pressure and competition should his exit not come to fruition.

“Of course, it’s never nice to be a player who misses out on important fitness work, but also team-building work – as in team understanding and tactical approach,” Solskjaer said.

“So, he’ll just have to make up later on then.”

Solskjaer was in relaxed mood during the press conference at Yuanshen Stadium, whether he was asked about the conditions in China, pre-season work or, notably, the lack of transfer business.

Players have left on free transfers or been loaned out but United have yet to sell a player this summer and have made only two acquisitions, with Daniel James arriving from Swansea before Crystal Palace right-back Aaron Wan-Bissaka joined.

“It will take time for any player to adjust to Man United – apart from me, it took me six minutes in the first game,” former striker Solskjaer said with a smile.

“I’m very happy with the two you’ve mentioned and we’ve got to be patient because it’s a long haul and it’s very important we get the right ones in.

“When you hit a hurdle, you can’t just jump on a different path. I’ve not had a frustrated feeling at all.”