The 33-year-old Perth Glory player was part of the Leeds side that knocked the Red Devils out of the FA Cup in 2010. 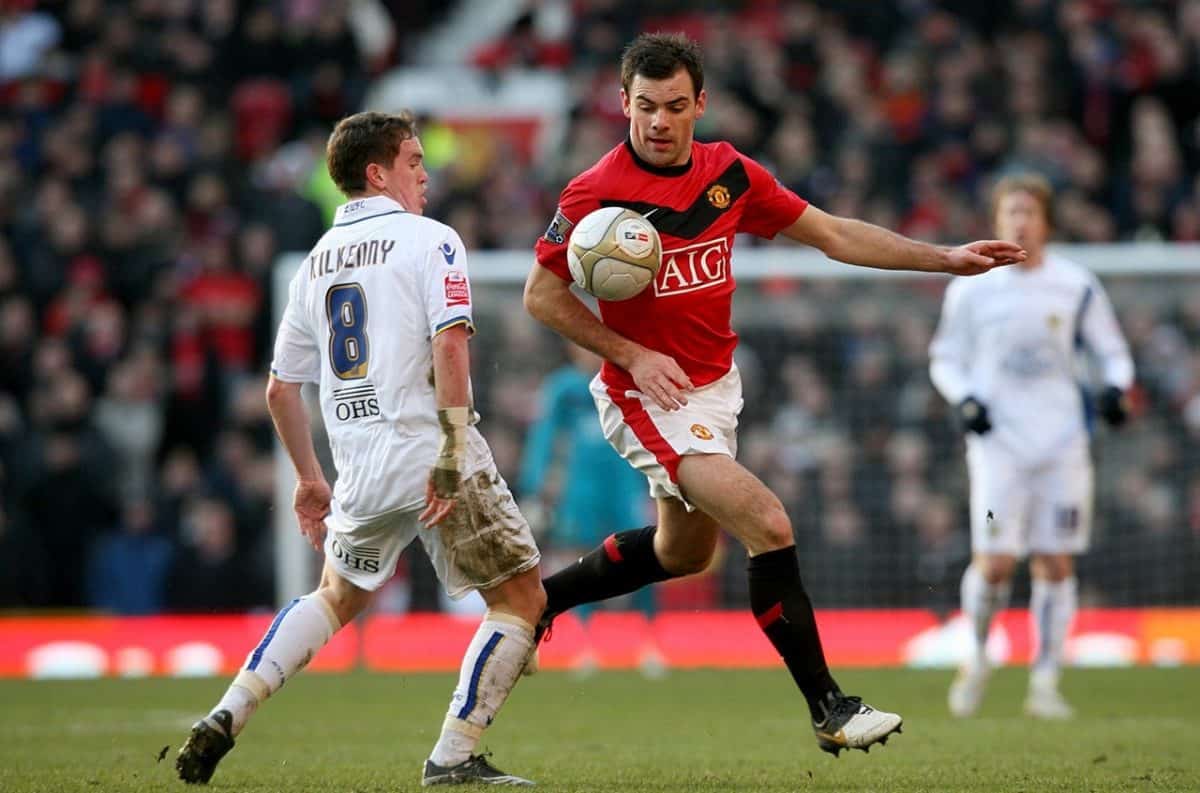 Neil Kilkenny has helped rock Manchester United before and the former Leeds man and is looking to spring another surprise by disrupting Ole Gunnar Solskjaer’s pre-season preparations.

Two months after a tumultuous 2018-19 campaign came to an end with a 2-0 home loss to relegated Cardiff, United return to action at the mammoth Optus Stadium in a friendly against local side Perth Glory.

Saturday’s match will pit the Old Trafford giants against a few players that have plied their trade in English football before heading to the A-League, including star midfielder Kilkenny – somebody that knows all about upsetting United.

As well as spells with the likes of Birmingham, Bristol City and Preston, the 33-year-old spent a period with United’s rivals Leeds and was part of the League One side that secured a shock 1-0 win on enemy territory in January 2010.

Jermaine Beckford’s goal in the FA Cup third-round clash against Sir Alex Ferguson’s men has gone down in Elland Road folklore and Kilkenny reflects on that night fondly ahead of coming up against United again.

“It was a good game,” Kilkenny told PA with a broad smile. “I’ve played against Man United four or five times.

“Obviously the one is the Leeds one, when we played at Old Trafford in the FA Cup, was a good experience and it was a good day for us.

“Sir Alex Ferguson made the club so big and powerful, a powerhouse of the world game.

“I knew that we definitely had a chance and we came out on top that day.”

It was quite the scalp for third-tier Leeds to knock out the reigning Premier League champions – a side that was in a far better state than the one that arrived in Perth.

“Listen, they’re in a transitional stage,” Kilkenny said. “Probably for a club like that, they shouldn’t be going through such a time, but you know these things happen. I think you’ve seen it with Arsenal as well.

“They probably relied on one man so much with Sir Alex Ferguson and him being there for so long it’s sort of a massive culture shock then when there’s a new man, new thoughts, going away from the one man that basically near enough built the club.

Killa Comments…
Our very own @killa_kilkenny knows what it takes to beat @ManUtd!
Click here to see Glory take on the EPL giants at @OptusStadium here: https://t.co/0ePkAv5VNs@InceptionVideo @ALeague #OneGlory pic.twitter.com/QSTJk8daxl

“It’s unfortunate for them but they’re still a massive club.

“This Saturday’s game will be at a beautiful stadium and I am really looking forward to it.”

Kilkenny is relishing the chance to pit his wits against United and could be in for an interesting evening against wantaway World Cup winner Paul Pogba in midfield.

“He’s got world-class ability,” he said of the Frenchman.

“Obviously if he could show a bit more consistency, then he’d be, well, probably the best midfielder player in the world.

“He’s still definitely up there with the best midfielders in the world, so it’s going to be a good challenge.”

Like United, Glory are in the early stages of pre-season and they will be without a number of players on Saturday.

But they approach the friendly on the back of a fine season in which they topped the A-League before narrowly losing the Grand Final, with head coach Tony Popovic, the former Crystal Palace defender, bringing organisation and excitement to the side.

“Last season we had the most successful season that the club’s had in the A-League era,” Kilkenny added.

“We’re the best team in the country but again it’s a new season so we’ve got to prove that again.

“It’s good. I am enjoying it, really. A different way of playing football.

✌️ days until our first game of #MUTOUR! #MUFC

“It’s a bit more technical here than in the UK, where the ball is in the air a lot more and it’s a lot more of a scrap.

“Now looking from afar, I feel the UK is changing slightly now with obviously (Pep) Guardiola and (Jurgen) Klopp coming in.

“A lot of teams want to play through thirds a bit more, which probably would have suited my game a lot better.”