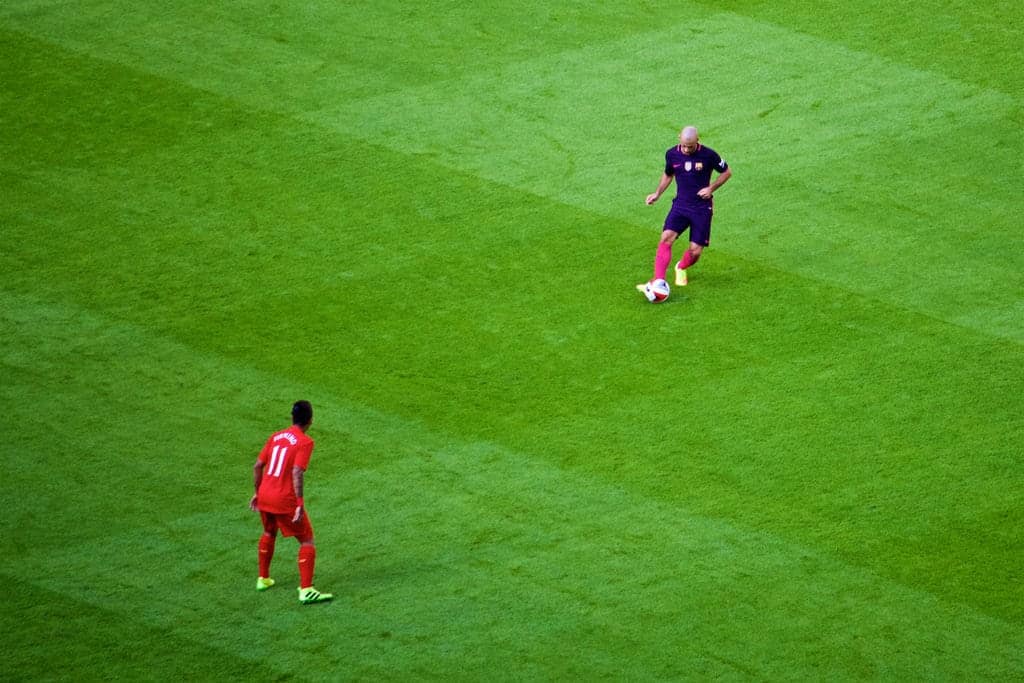 It’s been a busy, if disappointing, week at FC Fakin’ Run Aboutabit. We went into last weekend positioned 2,028,767th and finished it, two rounds of games later, 2,062,901st. At best, we’re treading water.

There was no transfer business midweek. There simply wouldn’t have been sufficient time to get a new player in, familiar with the surroundings and effective in the XI in time. So we went with what we had. Unfortunately, what we had wasn’t good enough.

“I’m remodelling the attack and I need sharp tools, not blunt instruments,” I tell Gary, our player agent. “We’re carrying passengers and it’s not working.”

There’s a long pause as Gary scratches the underside of his chin, his lips pouting forward like a chimpanzee, his face a picture of concentration. “Who are you thinking of culling? Let’s talk bunce,” he eventually replies.

Manolo Gabbiadini has to go. His performances last season suggested a Premier League star was about to be born, but he’s fallen flat this season and offered little to the side.

The other cock on the block is Delle Alli. He’s been listless of late and his attitude in training hasn’t been exemplary. I’ve overlooked a couple of incidents of tardiness so this move may come as a surprise to him, but I need a bit more drive – and possibly versatility – in the midfield area.

“I want someone who scores a goal or two and is happy operating out wide when required,” I say. “I don’t know what you can do, but that Richarlison lad has been impressing me. He seems to tick the right boxes.”

With that Gary goes off to make a couple of calls. I return to fretting about our system for the coming weekend. I like the back three, it enables to get us our best players on the park and God knows we need some support for KdB and Kane.

“Right!” blurts Gary as he bursts back into my office. “I’ve got you sorted. Alli is gone, Richarlison is coming in and I’ve got you a bargain – £6.6m. AND I’ve got a buyer for Gabbiadini at a sum total of £6.5m. I didn’t bother asking your for permission as you know as well as I do, that’s a blinding bit of business. He’s gone.”

He’s right; that is a blinding bit of business. And it leaves plenty of cash with which to add some silk up top.

“I’d like Roberto Firmino – can you make it happen?” I ask. Gary doesn’t say anything and exits the room. I’ve always been fond of an overly-tattooed, top-knotted Brazilian forward. Always.

My team for the weekend is taking shape. Lee Grant is getting another go in goal, Joe Gomez, Nicolas Otamendi and Ryan Bertrand will be my back three. KdB will play on the right, Dave Silva on the left, with Granit Xhaka and Tiemoue Bakayoko in the middle, cleaning things up and transitioning defence into attack.

It’s a bit early for Richarlison to play, so he’ll be on the bench with Kasper Schmeichel, Harry Maguire and Phil Jones.

Oumar Niasse is available after his ludicrous suspension (it was a soft penalty, sure, but an act of simulation?!) and will partner captain Kane alongside, I hope, Firmino.

I smile to myself. This is looking like a decent side and I’m happy with the surgery. Some new faces and some new thinking; hopefully some new results.

The door bursts open and Gary clatters through it, breaking my moment of self-satisfaction.