Top civil servants at the Foreign Office, the Home Office and the Ministry of Defence are all on leave. 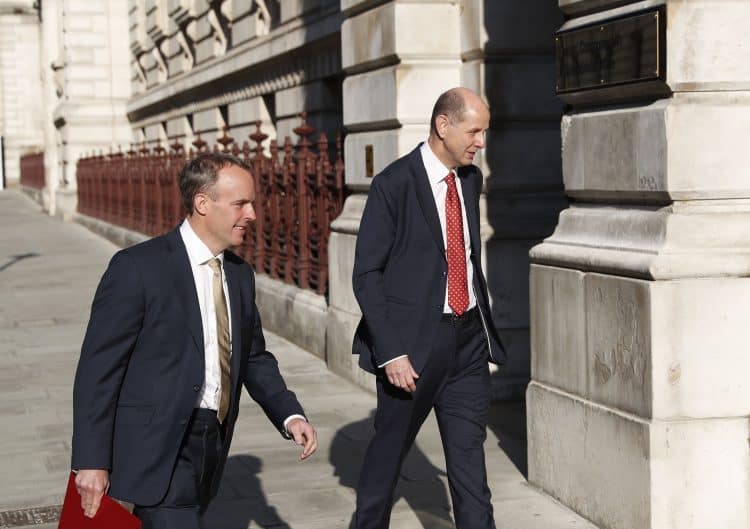 Three of Britain’s most senior civil servants – whose departments are in charge of the evacuation from Afghanistan – are all on holiday.

Sir Philip Barton, Matthew Rycroft and David Williams – permanent secretaries at the Foreign Office, the Home Office and the Ministry of Defence – are all on leave.

The revelation comes as Dominic Raab faces mounting pressure to resign after it emerged a phone call requested by his officials to help interpreters flee Afghanistan was not made.

The foreign secretary was reportedly “unavailable” when officials in his department suggested he “urgently” call Afghan foreign minister Hanif Atmar on August 13 – two days before the Taliban marched on Kabul – to arrange help for those who supported British troops.

Raab was holidaying on the Greek island of Crete and said to be staying at the five-star “luxury” Amirandes Hotel when the request for the call was made.

While the foreign secretary returned to the UK in the early hours of Monday morning, The Times reported that Barton – his most senior diplomat – has spent the entire week on leave.

Labour accused “the most senior decision makers in government” of having “stayed on the beach” as Kabul fell.

Lisa Nandy, the shadow foreign secretary, questioned why Boris Johnson had not ordered senior officials back to the office to deal with the crisis.

“For nobody to be steering the ship during the biggest foreign policy crisis in a generation is unforgivable,” she said. “While British troops flew 3,600 miles to save lives, the most senior decision makers in government stayed on the beach.”

Labour has demanded details about the government’s handling of the situation in Afghanistan and Raab’s holiday while Kabul fell to the Taliban.

It has set out a list of 18 urgent questions for the foreign secretary to answer about his trip and his department’s handling of the crisis.

Asked about Raab’s actions, defence minister James Heappey said people at all levels in the government are “working their backsides off” to evacuate people.

“What I can tell you, as the Secretary of State (Ben Wallace) said yesterday, is I know that no one phone call would have been decisive in changing the trajectory – either for the collapse of the Afghan government or indeed the acceleration of the airlift.”

Related: Resign? Raab under increasing pressure after it emerges call to help interpreters was never made