From the newsletter: The new president's America looks a lot like the old one's. 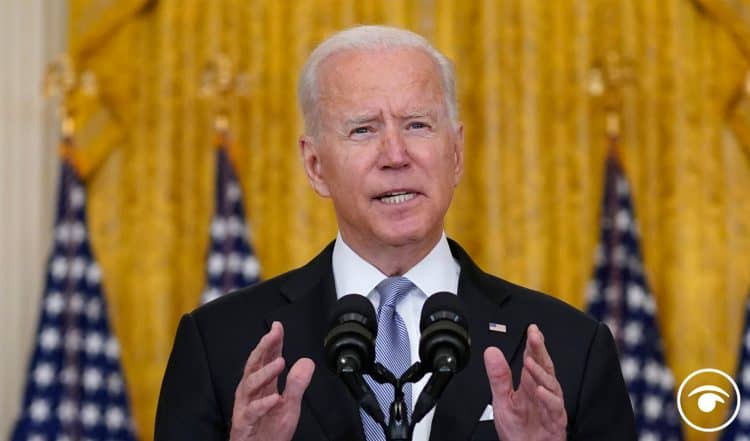 Good morning. On Monday night, Joe Biden stood before a handful of reporters in the East Room of the White House and addressed America. The world around him, that day and the day before, was recoiled in collective horror at images from Afghanistan: of civilians storming the tarmac at Kabul airport and clinging to US military jets, desperately seeking an escape from the Taliban.

In such a context one might have expected contrition or humility. Not so. “I stand squarely behind my decision,” the president said. “How many more generations of America’s daughters and sons would you have me send to fight Afghans — Afghanistan’s civil war, when Afghan troops will not? We gave them every chance to determine their own future. What we could not provide was the will to fight for that future.”

Across the Atlantic, Biden’s remarks drew derision from MPs, hastily-assembled to discuss the unfurling crisis in Kabul. Tom Tugendhat, a Conservative lawmaker who himself served in Afghanistan, called them “shameful”, saying: “Those who have never fought for the colours they fly should be careful about criticising those who have.” Commentators gawped that Britain’s relationship with America was being recalibrated before their eyes.

It begs the question: what did you expect from Joe Biden? For Brits, the answer is evidently: more than this. A snap poll on the day of the inauguration in January found that 65 per cent of us felt broadly positive about a Biden presidency. Unlike Donald Trump, Biden wouldn’t glad-hand autocrats. He would restore America’s ‘moral leadership’, building a foreign policy predicated on ‘American values’ like human rights and democracy. ‘Decency’ and ‘normality’ would return to the Oval Office. That, at least, was the plan. It hasn’t quite been mirrored in reality.

Does that mean liberal Britain’s great hopes for Biden were misplaced? Yes, in a word. On Afghanistan in particular, shock at the president’s desire to extract America at the earliest opportunity overlooks that he was the Obama administration’s most forceful voice for doing just that. Even when confronted with what an American withdrawal might mean for Afghan women and girls in 2010, the then vice-president reportedly responded: “Fuck that, we don’t have to worry about that.”

Beyond that, the faith in some circles that a Biden presidency would wrestle the arc of history back onto its ‘proper’ trajectory is naive. It’s part of a broader trend which views stuff like the election of Donald Trump – and Brexit, for that matter – as an unseemly aberration rather than a symptom of a longer-term malaise. If we snapped our fingers and rewound to 2014, the logic goes, all the unpleasantness which spilled out thereafter would simply disappear. Course corrected, problem solved. But changing the person at the top doesn’t change a country – and fixating on individuals and instances arguably puts change further out of reach, distracting attention from the longer-term trends and endemic issues which are harder to confront and more difficult to explain away.

None of this necessarily means Biden was wrong – compelling arguments for what America could have done in Afghanistan beyond delaying the inevitable or putting boots back on the ground have been few and far between. What this crisis has shown, however, is that Joe Biden’s America is not markedly different from Donald Trump’s. We would do well to remember it when the next moral crisis arrives.