“Maybe they’re some sort of reasons as to why we’re now in the lead. But the main one, and see if he agrees with this, is the way he arrogantly Trumpian says no to a majority in a democracy.” 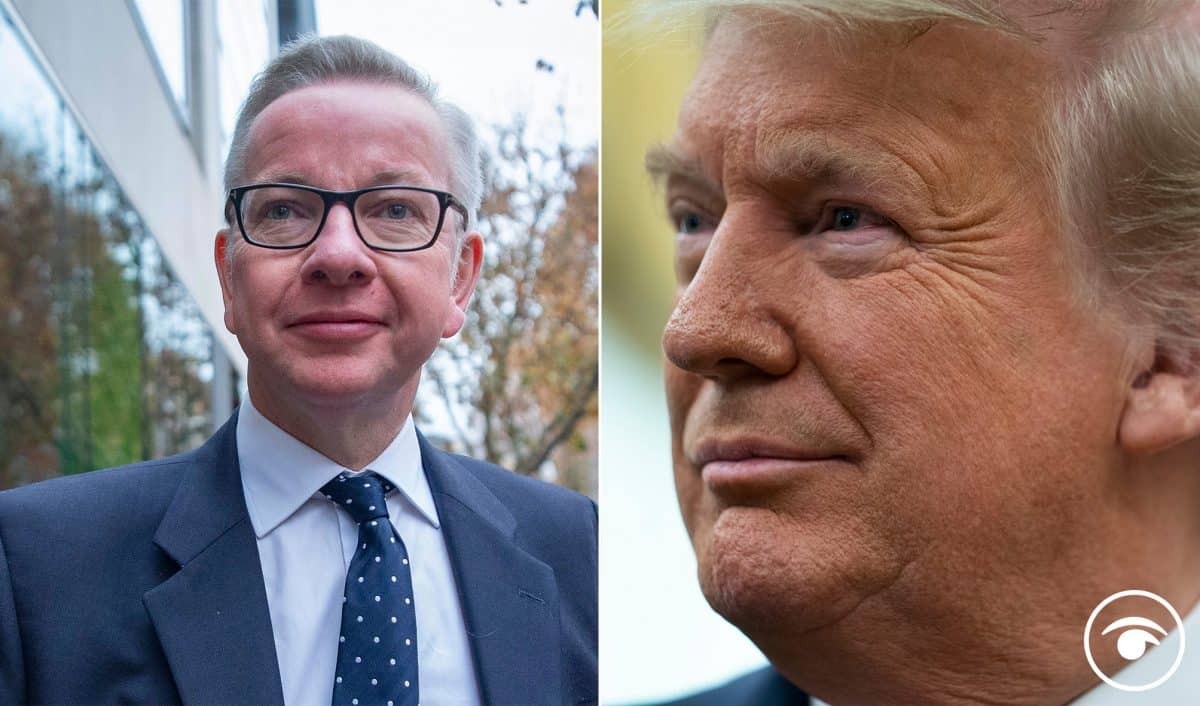 Michael Gove’s “Trumpian” rejection of rising support for Scottish independence will only boost the cause, according to the SNP.

The Cabinet Office minister was compared to US President Donald Trump as he was peppered with questions from SNP MPs about why opinion polls suggest Scots favour independence ahead of remaining in the union.

Responding to SNP Cabinet Office spokesman Pete Wishart’s questions about why independence is the “settled will” of the Scottish people, Mr Gove replied: “Sadly I fear his reliance on opinion polls is no substitute for his aversion to hard arguments.

“Why won’t he engage with the facts?”

Mr Wishart countered: “Let me try to give him a few reasons and see if he agrees with any of these – the disastrous Brexit Scotland didn’t vote for, the attacks on our democracy, the undermining of our Parliament, the Prime Minister, him?

“Maybe they’re some sort of reasons as to why we’re now in the lead. But the main one, and see if he agrees with this, is the way he arrogantly Trumpian says no to a majority in a democracy.”

Mr Wishart asked if saying no to independence would drive support for the issue down or up.

Mr Gove noted the Scottish Parliament election takes place next year and he argued voters will ask questions about the “decline in educational achievement” in the country’s schools under the SNP administration.

Latest figures which show Scotland has again recorded a worse drug-death rate than any other EU country are a “national tragedy and disgrace”, according to a charity.

National Records of Scotland published data on Tuesday which shows 1,264 people died in 2019 with causes linked to substances – a 6% increase on 2018.

It is a higher death rate than any EU country and more than three times worse than the UK as a whole, leading to renewed calls for facilities such as drug consumption rooms to be introduced to help tackle the issue.

David Liddell, chief executive officer of the Scottish Drugs Forum, said: “None of us should regard these preventable deaths as acceptable or as anything other than a national tragedy and disgrace.

“The need for change is obvious and that change is long overdue.

“Broadly, the challenge in terms of treatment is to ensure that people with a drug problem are treated with dignity and respect.

“In addition, we need to increase the range of services across Scotland to include drug consumption rooms, heroin-assisted treatment and assertive outreach.

“We need to end the alienation, marginalisation and stigmatisation of people with a drug problem – the root cause of this issue, which reflects badly on a culture and mindset that we have allowed to develop unchallenged over many years.”

In response to the shocking figures Pete Wishart Tweeted: “Scotland needs a big, radical response to our drugs crisis but is hampered by having two Governments with different ideological world views in how drug users are treated. It’s like trying to address the problem with one hand tied behind our back.”