The SNP’s Mike Russell, the Constitution Secretary for the Scottish Government, praised Mr Hendry for “speaking truth to power”. 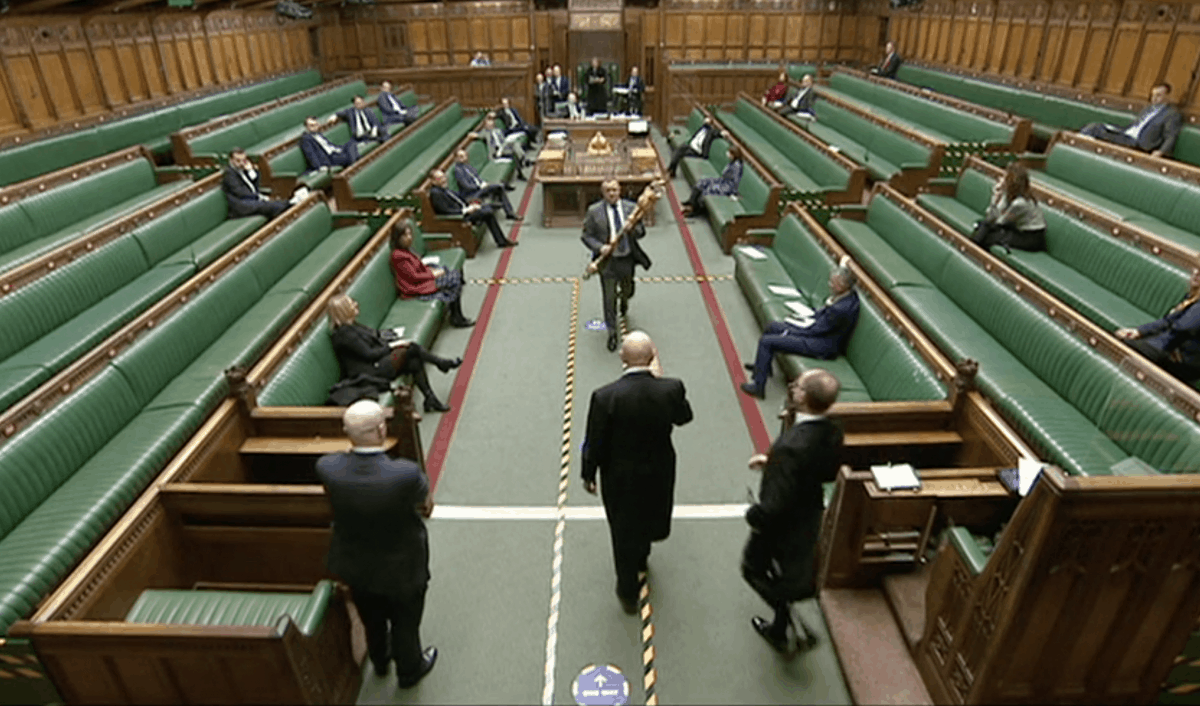 An SNP MP was suspended from a House of Commons sitting after he protested against the approval of controversial Brexit legislation.

The party’s business spokesman Drew Hendry shouted “this is an outrage” as proceedings on the UK Internal Market Bill came to a conclusion following a lengthy parliamentary battle in recent weeks.

Deputy Speaker Dame Rosie Winterton told Mr Hendry to resume his seat but the MP refused before proceeding to pick up the parliamentary mace and walk towards the door of the chamber.

He was stopped by the doorkeepers, who took the mace from him.

MPs could be heard describing Mr Hendry’s actions as “outrageous” and referring to it as “another boring stunt”.

Dame Rosie remarked that it was “very childish”, before undertaking the formal procedure of “naming” Mr Hendry in order to suspend him from the House for the day’s sitting.

The mace is the symbol of royal authority and without it neither House can meet or pass laws.

You can watch his exploits here.

The SNP’s Mike Russell, the Constitution Secretary for the Scottish Government, praised Mr Hendry for “speaking truth to power”.

“The Bill is undemocratic and undermines the rights of all Scottish & Welsh citizens. Legislative consent has been rejected by @ScotParl & @SeneddWales.

“The Tory UK Government should have withdrawn it.”

The Bill sets out how trade within the UK will operate post-Brexit, but critics feared the legislation in its original form represented a power grab by Westminster at the expense of Scotland, Wales and Northern Ireland.

Following a number of defeats by the House of Lords and extensive debate and negotiations, the Government had a rethink and made changes that will allow the devolved administrations agreed divergence from internal market rules through so-called common frameworks.

During the earlier debate, as MPs discussed the concessions before signing off the Bill, Mr Hendry warned: “The only reason for this Bill as it now stands is to demolish devolution.

“If the Government takes this Bill forward today, as they obviously will, that is what they will be doing.”

He added: “People in Scotland when they see the effects of this Bill will be angry about the fact that their rights are being taken away by these Tory ministers aided by their Labour bedfellows.