Raab said he was focusing on rape convictions but didn't mention anything about Tory MP arrested for alleged sexual crimes this week. 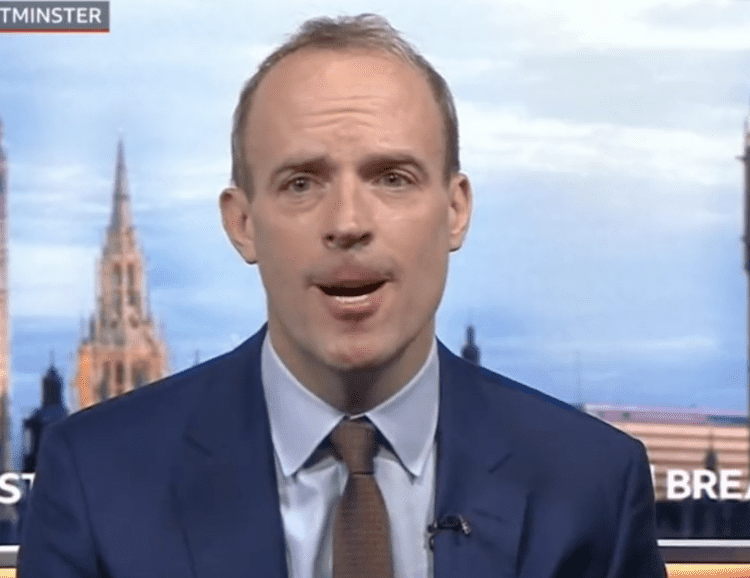 Boris Johnson has overhauled his Downing Street operation following the conclusion of a four-month Metropolitan Police inquiry into lockdown-busting parties at the top of Government during the pandemic.

Scotland Yard’s Operation Hillman was closed on Thursday with a total of 126 fixed penalties handed out to 83 people, although it was confirmed the Prime Minister would not be punished further than the £50 fine he received in April for attending his own birthday bash in June 2020 when indoor mixing was banned.

It comes as the policing minister dismissed questions about alleged sexual misconduct within the Conservative Party as “soap opera stuff” as the Tories faced pressure to identify and suspend an MP accused of rape.

Asked by the PA news agency if the Conservative administration can still call itself the Government of law and order, in light of incidents including partygate and allegations of sexual misconduct within its ranks, Mr Malthouse said: “Oh, we certainly can.

“I mean, don’t forget, with assistance from the pandemic but because of some great policing and policy decisions, neighbourhood crime is down, violence is down.

“So away from the kind of soap opera stuff, we are making significant progress, and that’s alongside the 13,500 cops that we’ve recruited.

“So I do believe that we can say that, and we’re certainly making progress.”

Charlie Stayt asked Dominic Raab” Boris Johnson has told the govt to focus on crime, crime, crime, and that is in the week that we hear 126 fines for law breaking within govt have been issued… how do you marry that up?

He then went on to mention serious crimes he is looking at and mentioned rape. He didn’t mention anything about the Tory MP who was arrested for alleged sexual crimes this week.