The Psychedelic Movement came runner-up in the contest with 512 votes, ahead of UKIP candidate Steve Laws. 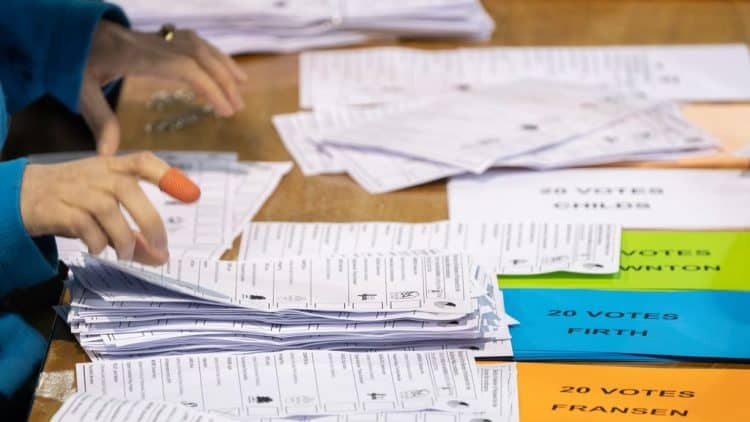 Thousands of voters in the uncontested Southend West by-election spoilt their ballot papers with messages directed at the government, according to local BBC reports.

The Conservatives held on to the seat following a by-election triggered by the killing of Sir David Amess.

In a contest that Labour and the Liberal Democrats, along with other mainstream political parties, chose not to contest, Tory candidate Anna Firth ran out as a comfortable winner with 86 per ent of the vote.

But it wasn’t all plane sailing for the Tories.

During the count, a number of spoilt ballots containing messages rallying against Boris Johnson were spotted.

One ballot seen at the Southend Leisure & Tennis Centre where the count took place said “Boris, do a Brexit – get out”, while another voter scrawled “Get Boris out”

The Psychedelic Movement candidate came runner-up in the contest with 512 votes, ahead of UKIP candidate Steve Laws.

Ms Firth used her speech after being elected to heap praise on her predecessor as a “passionate advocate” for the area.

“Sir David was a truly exceptional MP,” she said.

“He was a friend to all and had a huge impact on everyone who lives here.

“For Sir David’s family and his friends tonight will be a sad and painful day and I would like to pay tribute to Lady Amess and their children. We are thinking of you tonight.”