“I take responsibility for my actions and draw the necessary political consequences," Nikolas Loebel said. 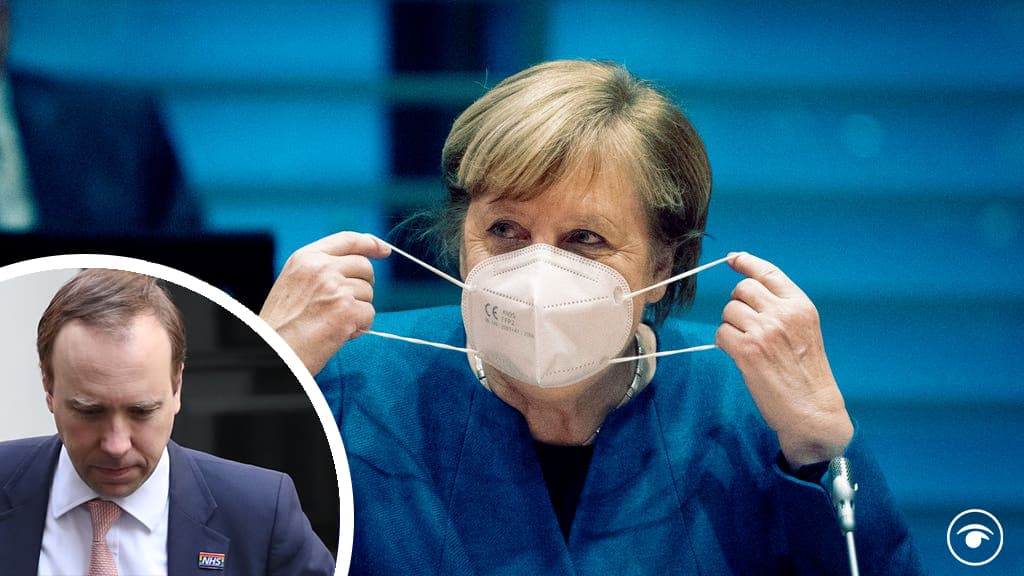 Two MPs from Angela Merkel’s CDU party resigned this week on the back of a personal protective equipment scandal.

Georg Nuesslein and Nikolas Loebel were forced to relinquish their positions just weeks ahead of crucial regional elections after it was found that they had both personally profited from government deals on face masks procurements.

Loebel, a member of Germany’s lower house said he would resign as member of Merkel’s parliamentary group with immediate effect and no longer seek a new term in the lower house in federal elections scheduled for September.

He said he would quit politics “to avert further damage” to the conservative CDU party and parliamentary group following allegations he received 250,000 euros (£215,000) in payments as part of a state mask purchase.

In a statement, Mr Loebel said he apologised that his conduct did not meet the “special moral duty” of his office.

According to German daily Der Spiegel, Mr Loebel said: “Being a member of the German Bundestag and being able to represent my home city of Mannheim there is a great honour and special moral duty.

“I take responsibility for my actions and draw the necessary political consequences.”

“Destroys trust in our democracy”

Meanwhile Nuesslein resigned from his post as one of the deputy leaders of Merkel’s parliamentary group, saying he would also not run to keep his seat in parliament in the September elections.

Federal health minister Jens Spahn, also of the CDU, who has faced accusations of failing to ramp up the nation’s immunisation campaign, was at pains to distance himself from Loebel.

“To accept a commission payment and to make money from mediating in an emergency situation is an absolute no-go,” Spahn said in an interview with newspaper Rheinpfalz.

“It destroys trust in our democracy,” he added.

Politicians in the UK have been embroiled in PPE scandals in an episode which the BMJ says “reminds us why we need ways to hold ministers to account”.

Matt Hancock has said that it was just a coincidence that around £2 billion worth of contracts were handed by his Health Department to firms linked with Tory party members or donors.

But such is the proliferation of ‘VIP’ contracts a My Little Crony map was created documenting the web of connections between the Conservatives and private companies.

The health minister was also found to have broke the law when he failed to publish over 500 Covid contracts in a timely manner.