Here's the full list of MPs who voted for what Jeremy Corbyn described as a "tax hike on working people." 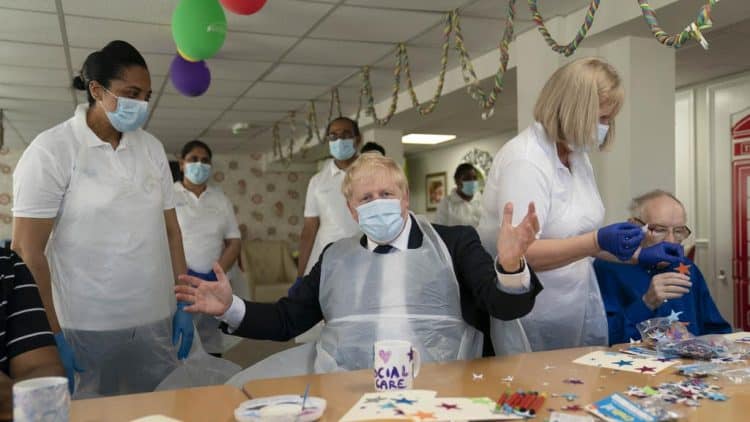 The Health and Social Care Levy Bill cleared the Commons at third reading by 307 votes to 251, majority 56.

A total of 10 Conservative MPs rebelled to oppose the legislation, including former ministers Esther McVey and Sir Christopher Chope, while many more abstained.

The Prime Minister’s working majority of 83 was cut, but the unease amongst his backbenchers was nowhere near enough to derail the legislation, which will help enact his plans of a 1.25 percentage point increase in national insurance from April 2022.

The levy will also hit the earnings of working people above retirement age from April 2023.

Speaking at third reading, Treasury minister Jesse Norman welcomed the “landmark” Bill and insisted: “This levy will enable the Government to tackle the backlog in the NHS, it will provide a new permanent way to pay for the Government’s reforms to social care and it will allow the Government to fund its vision for the future of health and social care in this country over the longer term.”

But Conservative MP John Baron (Basildon and Billericay), speaking earlier in the day, expressed concerns over the “haste” at which the policy is being implemented and suggested the move risks “choking off an economic recovery”.

He said his party had previously referred to national insurance as a “tax on jobs”, adding: “The Prime Minister (Boris Johnson) in 2002, when speaking from the backbenches when opposing Labour’s increase, called it regressive.

He said: “Aping Labour by spending billions of pounds we can’t afford won’t fool the electorate for long. NHS has become a religion. No-one dares take its name.

“But a radical review of health provision is critical if we are not to pour money into a black hole. We heard this expression repeatedly today, it is a bottomless pit. Without reform, this money, well intended by the Government, will disappear.”

He noted employment is back to pre-pandemic levels, with one million job vacancies, and it is therefore “not the time to raise taxes”.

He went on: “Every instinct to me screams ‘lower them’. Because if we lower them, we get more money. That is a fact. It is no doubt that social care and NHS need more money, but with it must come, as I said, reform.”

Today I will be voting against the Tory tax hike on working people – and am supporting this amendment for a Wealth Tax on the super rich to help fund social care for all. pic.twitter.com/eDELhP7oCH

Conservative backbencher Craig Mackinlay (South Thanet), another of the rebels, said: “The Government has to be applauded for finally thinking about these things, but I think haste is not due at this time. My sadness is we are just reaching for the tax lever. That’s not what Conservatives do. We are going to end up with a tax take at the highest level of GDP for 70 years.”

He said “increasing a tax on jobs, something we want a lot of, seems to be rather bizarre” adding: “I’m very concerned that this is going to be wasted cash. I’m very unimpressed. And I will not be supporting the Government tonight.”

“Don’t kill the recovery and you’ll get the money”

“Or as suggested by academics … plug the unfair gaps in the national insurance by extending it in full – not just the levy, all of it – to all investment income and working pensioners – £12 billion.”

Conservative chairman of the Health and Social Care Committee Jeremy Hunt said: “The opposition of the parties opposite to this Bill does not bear any scrutiny at all.”

Shadow Treasury minister James Murray said: “This Government is landing a tax rise which they claim will go towards social care on low-paid social care workers themselves. The truth is, this is a tax on working people and their jobs.”

SNP economy spokeswoman Alison Thewliss added: “These proposals are a tax on the poorest working people in this country. They are completely unjustifiable on that basis, it is disproportionate, it is unfair.”

The Bill will undergo further scrutiny in the Lords at a later date.

Here’s a full list of MPs who voted in favour of the bill: