From the newsletter: Efforts to make Raducanu’s triumph about something ‘greater’ diminish her and us. 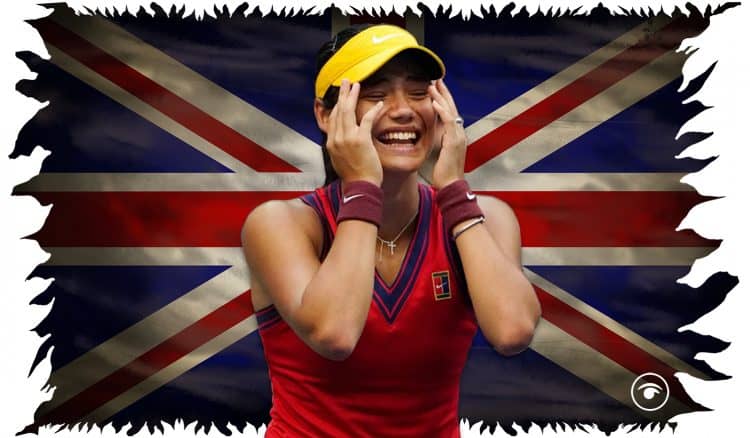 Good morning. On Saturday night, New York City played host to one of the most astonishing sporting achievements in memory. The tens of thousands packed into the Arthur Ashe Stadium to watch 18-year-old Emma Raducanu’s history-making, convention-shattering US Open triumph — and the 9.2 million Brits who beamed in to join them – witnessed something special and singular.

Unlock your phone, open a social media app and have a scroll. There are platitudes and praise; exclamations of wonder; support and appreciation from sportspeople, celebrities and royalty. But bubbling beneath the surface of it all is an impulse to divert Raducanu’s unprecedented, unparalleled story into the never-ending river of discourse – to shoehorn it into the apparently inescapable narrative arc into which everything, big or small, must now be pulled. Online, it doesn’t feel singular at all.

The instant that searing cross-court ace left her racket, Raducanu became something else. She wasn’t just a tennis player anymore – no, she had to represent something more. Her background – Romanian father, Chinese mother – transformed her into the embodiment of modern British multiculturalism, a paean to free movement and open borders. Her success was a validation of the way 48 per cent of the country voted five years ago, and two-fingers-up to the 52 per cent who went the other way.

Why do we do this? Since when were we unable to enjoy something purely on its own terms? Why is our first impulse to log on and engage in Twitter one-upmanship, a kind of digital ‘my dad’s bigger than your dad’? Are we so broken that something must always point to, signify and represent something else?

In a perceptive recent essay, writer Rachel Connolly remarked on “the flattening effect of social media” – “in which every event from foreign wars to a TikTok video of a cat walking around the supermarket on a lead is presented in the same register and format, in which everyone is a star in their own solar system”. The result, Connolly wrote, is a complete loss of perspective. Everything is content and culture war, everything a prop in a larger game.

The frenzied effort to fold Raducanu’s triumph into a grander story is no different – and it diminishes what she’s managed. When the New York Times writes that her win “embodies the exuberant diversity of British society” and acts as “a tacit repudiation of the anti-immigration fervour that fuelled Brexit”, it turns one of the most incredible individual sporting moments we will ever see into simply another signpost on Britain’s long quest to establish and understand its post-imperial identity.

It’s exhausting and claustrophobic. It feels like we are increasingly unable to enjoy something for what it is, rather than what it is purported to be. There has been anxious talk of “protecting” Britain’s newest sporting star from the fangs of the tabloid press. That’s great – and we are certainly much less tolerant of media toxicity now than we once were. But isn’t holding Raducanu up as some kind of standard-bearer for “my kind of Britain” the other side of the same coin?

By turning this teenager into the personification of “what this country can be”, are we not still setting her up to fail? Can we not judge her – if we need to judge her at all – by her own criteria rather than ours? Emma Raducanu’s ability on the tennis court doesn’t tell us that my world view is right and yours is wrong. It tells us she’s brilliant at tennis. And that should be enough.