Natalie Elphicke, who said Rashford should stop "playing politics" after the Euros, has a lucrative second job. 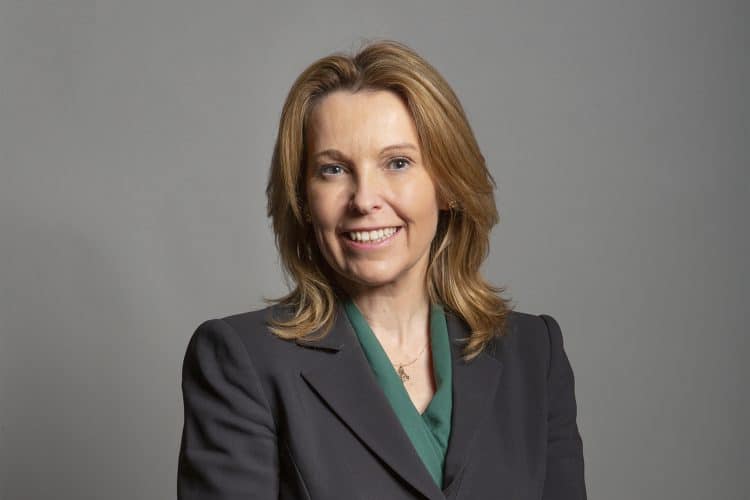 The Conservative MP who said Marcus Rashford should stick to football instead of “playing politics” has a second job, it has emerged.

Natalie Elphicke, the Tory MP for Dover, sparked a public outcry in July after she criticised the Manchester United star for missing a penalty in the Euro 2020 final – and suggested he should have stuck to his day job rather than challenging the government over its policy on free school meals.

In a private message to colleagues following England’s defeat, Elphicke said: “They lost — would it be ungenerous to say Rashford should have spent more time perfecting his game and less time playing politics.”

But, the i newspaper revealed, Elphicke has spent a significant portion of time away from her day job, too. The backbencher earns £36,000 on top of her £82,000 MP’s salary in her role as chair of the New Homes Quality Board, an independent watchdog for new-build houses.

In an article for The Spectator after the controversy, Rashford – who has forced the government into two U-turns over free school meals and was this week awarded an MBE for his work helping vulnerable children during the pandemic – wrote: “Disappointingly for some, the ‘stick to football’ advice doesn’t cut it where I’m from.

“I’d be doing [my] community and my family a disservice if I did not use my platform to speak on behalf of the millions whose voices are not being heard.”

Elphicke later apologised for her message, saying she regretted her “rash reaction about Marcus Rashford’s missed penalty” and was sorry “for any suggestion that he is not fully focused on his football”.

But the register of MPs’ financial interests show that she has spent hundreds of hours on a second job outside her parliamentary office since being elected in December 2019 – and held a second job a the time she messaged colleagues about Rashford.

Elphicke has chaired the NHQB since May last year. According to the House Builders Federation, the NHQB oversees “the quality of new-build homes”. She spent 150 hours working for the watchdog between her appointment in May 2020 and December last year – and has since increased her weekly commitment to the role.

She is paid around £3,000 a month for roughy eight hours of work per week, the newspaper reported.

Labour Deputy Leader Angela Rayner said: “Marcus Rashford is the pride of Manchester and he doesn’t need the permission of anyone to do the wonderful work that he does.

“Boris Johnson needs to decide whether his MPs are MPs representing their constituents or if they are advisers and consultants working for private interests who pay them. They can’t be both.

“It’s time for the Prime Minister to come out of hiding. His refusal to take action sends a clear message that he is happy with the status quo.”