Geoffrey Cox earned hundreds of thousands of pounds advising the British Virgin Islands in a case against the UK state. 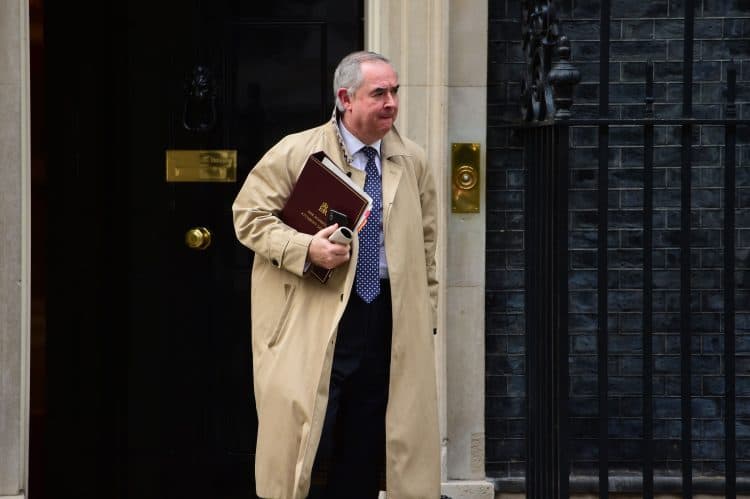 The highest-earning Tory MP has earned hundreds of thousands from a second job that saw him vote in Parliament remotely from a Caribbean tax haven.

Sir Geoffrey Cox, a QC and former attorney general, is advising the government of the British Virgin Islands – a tax haven accused of corruption in a commission of inquiry established by the UK government.

Cox – who has spoken in Parliament just once since being sacked from Boris Johnson’s frontbench in February 2020 – cast votes by proxy in the Commons from 4,000 miles away while he worked on his lucrative side-hustle, the Daily Mail revealed.

The former attorney general revealed on Monday that he has earned more than £1 million from commercial legal work over the past year – on top of his £82,000 backbencher’s salary.

A Whitehall insider told the newspaper: “While he should have been in the UK working for his constituents he’s been over in the British Virgin Islands doing his second job working as a barrister and advising those accused of trousering cash for their mates.”

Dominic Raab, the justice secretary, claimed on Tuesday morning that it was a “legitimate thing” for Cox to advise the British Virgin Islands – as they might need his expertise in sorting out tax issues.

He told Times Radio: “In relation to the British Virgin Islands, I was the foreign secretary that commissioned a commission of inquiry, given the allegations of misgovernance, including criminal wrongdoing.

“I’m not going to get dragged into what individual MPs do, but actually having the former attorney general – and it wasn’t my decision, he was hired by the British Virgin Islands… is a legitimate thing to do as long as it’s properly declared.”

The Foreign Office launched the inquiry in January to establish whether there was evidence of “corruption, abuse of office or other serious dishonesty that has taken place in public office in recent years”.

The news comes as Boris Johnson was accused of “running scared” after he skipped a heated Commons debate following the government’s botched attempt to block the suspension of disgraced Tory MP Owen Paterson.

Proxy voting from the Caribbean

Sir Geoffrey spent up to a month in the British Virgin Islands working for international law firm Withers, all while voting remotely in the Commons. He has been paid £900,000 by Withers in the last year – and received more than £130,000 for other legal work.

Cox is thought to have arrived in the British Virgin Islands on April 26 – when the Commons was debating global anti-corruption sanctions.

Coronavirus restrictions at the time meant MPs could participate in Commons debates via Zoo and vote by a proxy – meaning Cox did not have to come into Westminster.

Sir Geoffrey also declared declared a part-time job worth £400,000 on top of his MPs’ salary yesterday.

The contract with international legal services firm Consultant Global Counsel began on 1 November – and commits the Tory MP for Torridge and West Devon MP to up to 41 hours of work a month.