“Two years here is more than enough to know the difference between right and wrong," the newly elected Conservative MP for Bolsover said. 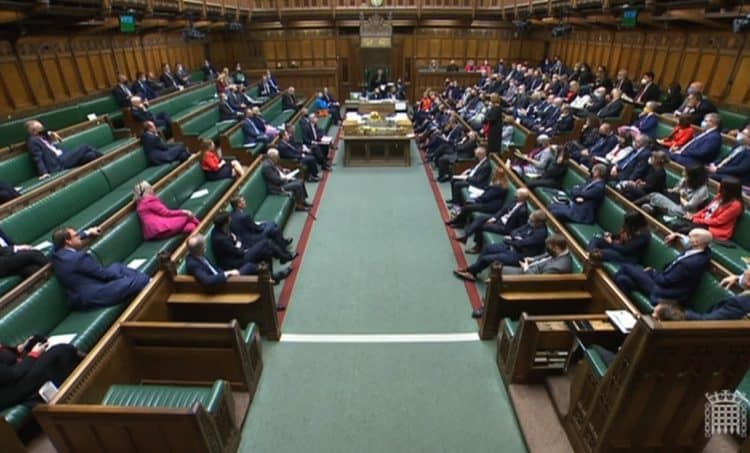 Conservative MPs have turned on the prime minister following his botched attempt to save a Tory MP from punishment for sleaze.

Members from his own benches joined attacks after Boris Johnson dodged a three-hour emergency debate in the House of Commons prompted by his failed bid to rewrite parliament’s standards rules.

Former chief whip Mark Harper was deeply critical of the move during the debate last night, arguing that the Amendment vote should never have been whipped and should have been a free vote.

He also hit out at the PM’s leadership, saying: “If the team captain gets it wrong, then I think he should come and apologise to the public and to this house, that’s the right thing to do in terms of demonstrating leadership.”

Elsewhere, Conservative MP Aaron Bell – who rebelled in last week’s vote – said that Mr Johnson had put fellow members of the 2019 intake in an “invidious” position by ordering them to bail out Mr Paterson last week.

Tory member of the standards committee Mark Fletcher said he had had “no problem” backing the report which condemned Mr Paterson, and would do the same again.

The Bolsover MP, who also entered the Commons in 2019, said: “Two years here is more than enough to know the difference between right and wrong.”

And Tory former cabinet minister Jeremy Wright, a member of the Committee on Standards in Public Life, said Mr Johnson’s actions had been “wholly wrong” and ministers had indulged in “unfair and gratuitous” attacks on the competence and integrity of independent standards commissioner Kathryn Stone, who is reported to have received death threats.

There were cries of “Run, Boris, Run!” in the Commons chamber as Liberal Democrat chief whip Wendy Chamberlain told MPs: “This is a prime minister who flew to Afghanistan to escape a vote on Heathrow when he was foreign secretary, and has driven to the northeast to escape questions today.”

Labour MP Tan Dhesi branded the prime minister a “tin-pot dictator”, while Ms Chamberlain said his actions were comparable to autocratic regimes in Russia and China.

“This is almost the kind of behaviour we would expect to see in the Duma in Moscow, National People’s Congress in Beijing, not in the House of Commons,” she told MPs.

“They say a fish rots from the head down, and I’m disappointed to see that the prime minister has chosen not to turn up today to answer questions… You can’t help but feel that he thinks the rules don’t apply to him.”

Restore faith in the system

And Commons speaker Sir Lindsay Hoyle said that would be the time for MPs to work on a cross-party basis to consider any reforms needed to restore faith in the system.

Sir Lindsay described the events around the Paterson case as a “very dark week for politics” which had “tarnished” politics in voters’ eyes. But he stopped short of announcing his own review of the system, as had been predicted over the weekend.