Coronavirus has led news bulletins and dominated headlines, but meanwhile legislation has been passed and decisions made which could reshape Britain for years to come 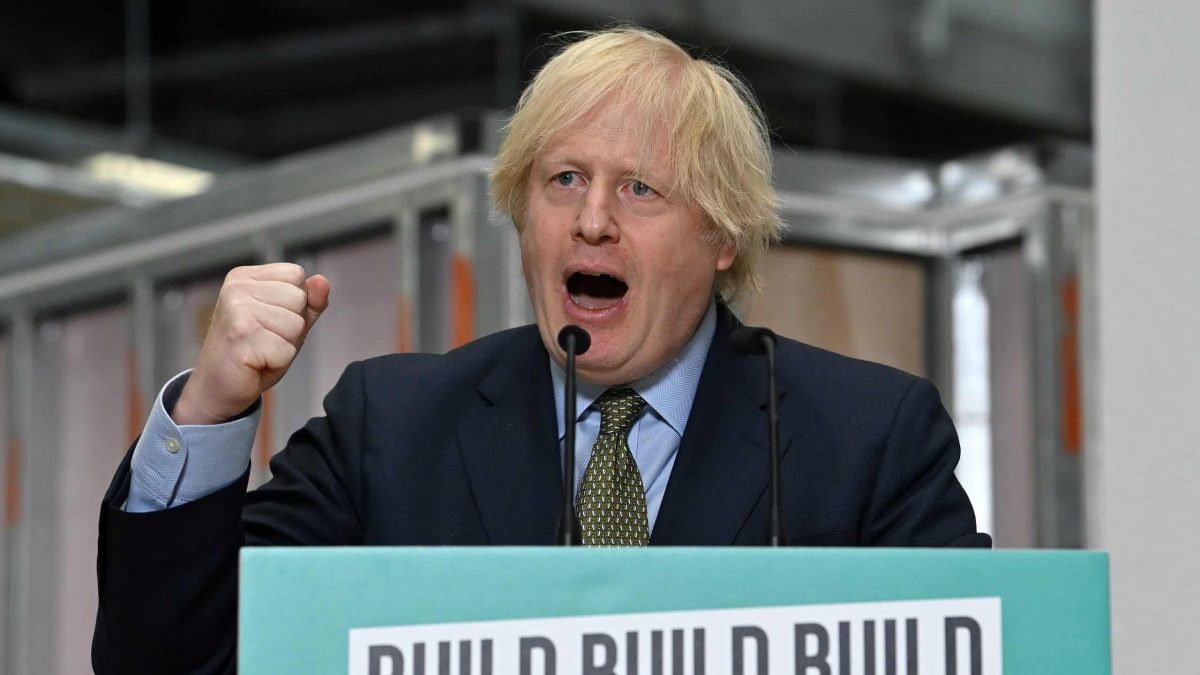 If a week is a long time in politics, then the last few months have felt like an eternity.

We are over halfway through a year that was expected to be defined by Tory triumphalism and, inevitably, Brexit. Instead politics has been consumed by a once-in-a-century pandemic.

Coronavirus has understandably led news bulletins and dominated headlines, but meanwhile legislation has been passed and decisions made which could reshape Britain for years to come.

Here is what happened while you weren’t watching.

The Department for International Development was carved out of the Foreign and Commonwealth Office by Tony Blair in 1997, but the two will soon be merged once more.

Last month Boris Johnson announced that, from later this year, international aid – an area that the UK maintains genuine influence – would fall under the auspices of a rejigged Foreign, Commonwealth and Development Office.

In a speech to the House of Commons on 16 June, the prime minister said that DfID had drawn “a dividing line between aid and foreign policy”.

For “too long”, he continued, overseas aid has been treated as “giant cashpoint in the sky”. The merger would ensure the British taxpayer “maximum value” and “united our aide with our diplomacy”.

Critics lined up to hammer the decision. Britain has an aid budget of £13.4 billion – the third largest in the world – and DfID helped keep aid removed from political interference – transforming the country into a global force in development.

Three of Johnsons’s predecessors united to lambast his decision. In a rare intervention, David Cameron labelled it “a mistake” that would result in “less expertise, less voice for development at the top table and ultimately less respect for the UK overseas”.

That sentiment was echoed by Blair, who called it a “wrong and regressive move”, and Gordon Brown, who accused the government of “abolishing one of the UK’s great international assets”.

Charities warned that the move risked transforming aid into a vehicle for British foreign policy, and would put politics above the needs of the world’s poorest people.

The government’s controversial immigration bill was given the thumbs up by MPs in May, in a vote that heralds the end of free movement from the EU on 31 December.

It paves the way for a new points-based immigration system which will prioritise ‘skilled’ workers, based on the level of qualifications an applicant has, and whether they meet a salary threshold of £25,600.

The new system has come in for intense criticism this week, after it became clear that almost no foreign staff working in care homes would be eligible for a visa to work in Britain under the proposed rules.

Care providers have, until now, recruited large numbers of staff from the EU – enabled by freedom of movement rules. Social care workers have played a crucial role on the frontlines of the Covid-19 pandemic, with care homes witnessing catastrophic outbreaks of the virus.

However most care workers would, as it stands, be unable to come and work in Britain – because their jobs do not require the sufficient qualifications, and they rarely meet the salary threshold.

Priti Patel, the home secretary, announced more details of the revamped system this week, revealing that overseas students will be able to stay in the UK once they have completed their studies.

A ‘global talent scheme’ is also being introduced to allow scientists and researchers to come to the UK without a job offer.

Explaining the new rules, Patel said: “The British people voted to take back control of our borders and introduce a new points-based immigration system.

“Now we have left the EU, we are free to unleash this country’s full potential and implement the changes we need to restore trust in the immigration system and deliver a new fairer, firmer, skills-led system from 1 January 2021.”

Extricating Britain from the Common Agricultural Policy was one of the rallying cries of Vote Leave during the referendum. The Agriculture Bill, which passed through the House earlier this month, gives an insight into the future that the government envisions for UK farmers.

It is without doubt one of the most significant pieces of legislation for farmers in decades, potentially impacting the livelihoods of 460,000 people and determining the future of some 17.4 million hectares.

At the heart of a bill is a move away from direct payments to farmers based on the amount of agricultural land they manage, a much-criticised aspect of the CAP that pushed up land prices and disproportionately benefited large landowners.

Instead, landowners will be paid to produce ‘public goods’ – things like clean air and water that benefit everyone, but bring no financial reward.

Subsidies are expected to be paid out from taxpayer funds at the same rate as the EU – roughly £3 billion annually – to enable landowners to meet the government’s environmental targets.

Yet some have said that the bill’s apparent commitment to environmentalism is too good to be true. Ecologist Elise Wach, a researcher at the Institute of Development Studies, criticised the ‘public goods’ approach for offering incentives for farmers without sufficient regulation to enforce it.

She also points out that the bill indicates that subsidies could be awarded for “improving productivity” – something which often involves reliance on pesticides and intensive animal farming.

And Darren Henaghan – managing director of Borough Market – has warned that the bill risks lowering food standards, opening Britain’s supermarkets up to a flood of cheap imports and chlorinated chicken.

Back in 2004, Blair’s government launched the School Fruit and Vegetable scheme – which provides a free piece of fruit or veg to every child aged between four and six who attends a fully state-funded primary, infant or special school.

The scheme distributes 450 million pieces of fruit a year to 2.3 million children. But, in March, it was suspended when schools closed at the height of the pandemic.

There has been no confirmation that the scheme will be restarted by September, when the government hopes to have children back in school – and campaigners have launched a petition to urge ministers to save it. Nearly 5,000 people have signed so far.

This list is far from exhaustive. There are undoubtedly many more bits-and-bobs that have slipped through the cracks or under the radar, and we will endeavour to update this article with anything else that we have overlooked. If anything springs to mind, please get in touch.