Enormous sums of money have been spent on a number of much-hyped initiatives that ultimately failed to deliver. 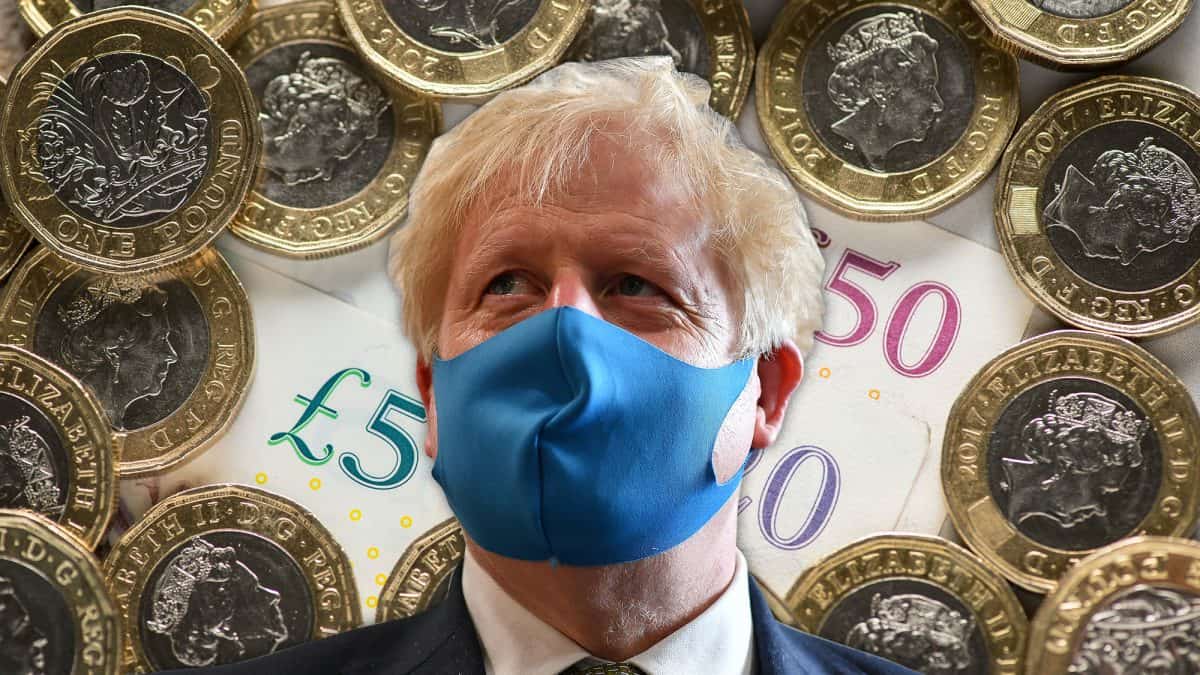 More than £40 million of taxpayer cash has been wasted on failed or faulty attempts to tackle Covid-19 in the months since the onset of the pandemic.

Enormous sums of money have been spent on a number of much-hyped initiatives that ultimately failed to deliver – with hundreds of millions of pounds also being spent on other projects labelled by some as either unnecessary or ineffective.

The haphazard spending – most of which has come since March – paints a picture of a government unprepared to deal with the impact of a global health emergency, scrambling for an effective strategy while the virus was already raging throughout the country.

Simple do-it-yourself tests to detect whether somebody had antibodies for coronavirus were touted by many as the way out of lockdown.

In a speech on 19 March – less than a week after the country had been ordered to stay at home – Boris Johnson declared that the government was in negotiations “to buy a so-called antibody test”.

The test would be “as simple as a pregnancy test,” the prime minister said, and would be able to tell who had already had and recovered from the virus – allowing those people to go back to work.

The government would be buying “literally hundreds of thousands of these kits as soon as practicable,” he suggested, “because obviously it has the potential to be a total game-changer.”

British officials proceeded to splash out at least £16 million on two million of the home test kits from a pair of Chinese companies, predicting that the deal would put the tests on pharmacy shelves within two weeks.

There was only one problem: the tests did not actually work.

An Oxford University laboratory adjudged the tests to be insufficiently accurate. Another 1.5 million bought at a similar price from other sources, according to a New York Times investigation, have also gone unused.

A spokesperson from the Department of Health and Social Care told the NYT that the government would try and get the money back without specifying how.

Antibody tests are still not widely available, though can be bought from private sellers for as much as £250 at places like Private Harley Street Clinic. It remains unclear how long someone is immune for if they do have antibodies.

The saga of the NHS contact-tracing app has been among the government’s most high-profile failures throughout the pandemic.

In early May, with the government under fire for its catastrophic care home strategy, Matt Hancock – the health secretary – announced that the coronavirus tracing app he had championed would be rolled out across the country by the end of the following week.

But, according to the Financial Times, that announcement came as a surprise to the people who were trying to build the app. “What the fuck?” one reportedly wrote to a colleague after seeing the news. “This is the first I’ve heard of it.”

That deadline was never met and, months later, the 160 people who had been working on the app for three months were told in a video call with Dido Harding – the chief of Britain’s test and trace operation – that the project was being scrapped.

The government eventually announced on 18 June that it was abandoning its own attempt to create a track-and-trace app – and adopting technology developed by Apple and Google.

One person who was briefed on the call with Harding told the FT that the decision was tantamount to murder, putting thousands of lives at risk.
And, last month, Lord Bethell – the parliamentary under-secretary of state for innovation – revealed that the app had cost the taxpayer £11.8 million.

“The decision to change strategy was ultimately taken on operational grounds,” he told the House of Lords. “There have been technical issues, both with the Apple app and with the NHS app. We cannot avoid those facts.”

Less than a month into the pandemic, word began to emerge of drastic shortages in personal protective equipment for NHS and care workers.

Doctors and nurses were being asked to reuse plastic gowns or don aprons or lab coats while they treated highly-infectious patients, putting them at extreme risk of contracting Covid-19.

With supply lines in China drying up, the government turned to a little-known Turkish company that had only been founded at the end of January to produce clothing, like T-shirts and tracksuits.

The Istanbul-based firm, called Selegna Tekstil, had first come to the attention of officials in March, when a Turkish businessman who once lived in London contacted the Department of Health and Social Care and said he had a factory capable of producing hundreds of thousands of gowns.

Discussions quickened over an order for 400,000 gowns that would be flown over to the UK. The deal was approved on 17 April, and a. Despot paid the following day.

At a press conference on 19 April, Robert Jenrick – the Communities Secretary – said that “a very large consignment of PPE is due to arrive in the UK tomorrow from Turkey, which amounts to 84 tons of PPE”.

Downing Street had, according to the Telegraph, been warned not to publicise the deal by the Department of Health – but were overruled.

In Istanbul, the problems were mounting up. The businessman – Mehmet Duzen – could not access his regular suppliers and factory workers had been forced to stay at home. They also needed to secure an export license from the Turkish government.

An RAF plane, dubbed ‘Air Jenrick’, was eventually dispatched to Istanbul to collect the shipment. The PPE order was not ready, however, and the plane was left sitting on the tarmac.

After intervention from Ankara, an initial 67,000 gowns were hauled onboard and flown back to Britain but, on arrival, health and safety officials found that around 2,400 of the gowns were faulty – and would not keep NHS workers safe from coronavirus.

It is unclear exactly how much the government paid for the shipment, but the Telegraph puts the cost in the region of £300,000.

England’s Nightingale hospitals – rapidly established in cities across the country – were heralded as the answer to a much-feared shortage of intensive care beds across the NHS.

As coronavirus cases surged in March, seven emergency hospitals were quickly set up in places like London’s ExCel Centre – but the expected flood of patients never really arrived.

A report by the Health Service Journal last month revealed that some of the field hospitals were yet to take in a Covid-19 patient. The London site – which was the first to open, in April – stopped taking in new patients in early May, citing limited demand.

The jury is still out on whether the NHS needed Nightingale hospitals, with some suggesting that they would only drag crucial frontline workers away from pre-existing outbreaks.

However many disagreed, citing the Nightingale hospitals as a necessary measure to prepare for the worst – something the government has routinely been criticised for failing to do. The Nightingales are now being repurposed to help ease demand as the NHS brings back non-urgent services.

Figures – obtained in a Freedom of Information request from the HSJ – revealed that the government spent an estimated £220 million setting up the hospitals. Their running costs in April were around £15 million, according to the health ministry.

Britain’s much-criticised track-and-trace effort was not limited to an app, the government also hired around 25,000 people to trace infected people’s contacts.

When the system was rolled out it was derided as “shambolic”, with some waiting weeks for login details to key parts of the system and others unable to complete their training because of tech issues.

A report by The Times revealed that many of the tracers hired had little or no work to do. One nurse said she had seen “zero cases” on the system across three shifts, for which she was paid £27-an-hour.

She added: “I’m feeling tremendously guilty about doing the shifts and being paid and not having anything to do really. I’ve re-upholstered a chair when I’m supposed to be doing these.”

Another said that there was “an awful lot of money being poured into people to sit around not doing the job they were hired to do”.

The full cost of the system is unclear and, as lockdown restrictions continue to be eased, it remains to be seen how effective it really is.