“Personally I eat when it’s possible - I prefer to know that my kids are eating and they’ve got three meals every day. Without the vouchers they wouldn’t be having that. It would be constant beans on toast which isn’t a proper meal." 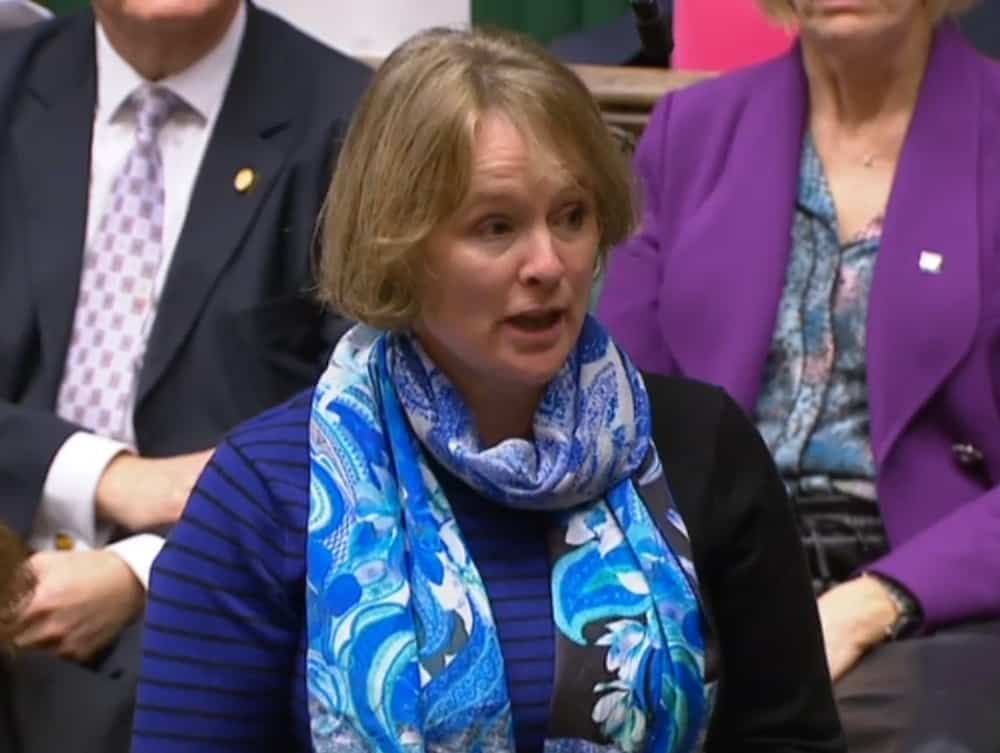 A hard-up single mother who often goes hungry to ensure her children are fed has slammed a Tory MP for claiming free school meal vouchers are squandered on booze and fags.

Jodyleigh Eyre has to watch every penny on her limited budget and often has to feed her four kids for just £30 a week.

This means the epilepsy sufferer, from Colchester, Essex, regularly skips meals because she’d rather her children – aged between 11 and eight months – have three square meals a day.

She said the government’s free school meal vouchers – just £15-a-week for her two eldest girls – have been a “godsend” and she would have struggled to feed her family without them.

Ms Eyre, who gets little support apart from her benefits, also slammed claims by Tory children’s minister Vicky Ford that some parents are spending the vouchers on booze and cigarettes.

The 29-year-old, who doesn’t drink or smoke, said: “Without the vouchers I would have struggled really badly.

I eat when it’s possible

“Personally I eat when it’s possible – I prefer to know that my kids are eating and they’ve got three meals every day. Without the vouchers they wouldn’t be having that. It would be constant beans on toast which isn’t a proper meal.

“I don’t think the system is being abused. I just think it’s terrible how they think that. If you go to the shop with your vouchers they have to check what you’re buying.

“Even if someone did try and buy alcohol or cigarettes the staff wouldn’t let you.

“A lot of people on benefits are desperate to get back to work and get back to normal life. For people to say we’re abusing it to get what we want isn’t right at all.

“It’s horrible knowing you have to struggle every week – thinking what meals can my kids have today? And it’s embarrassing asking for support.

“I skip meals and eat when I can. I buy my food for my kids. As long as they are eating that’s all that matters to me.”

Jodyleigh – who hopes to go back to work when her children are old enough – also relies on foodbanks when her benefits run out.

She only has the support of her mother, who lives 10 miles away on Mersea Island and struggles to visit because she doesn’t drive.

She doesn’t receive the free school meal benefit for her sons –  Danny, four, and eight-month-old Jayden – because of their age.

This means the mother – who suffers with mental health issues – relies on the £60 payment every two weeks to get by – along with other benefits which sometimes don’t cover her other bills.

She is supported by school business manager Julie Ambrose – who was similarly scathing of Ms Ford’s outburst.

She said: “When they set up the system it was a nightmare. It kept crashing and many people didn’t get vouchers for the first three or four weeks.

“We are a small junior school and have 88 families on free school meals which is over 40% of the children.

“For Vicky Ford to tweet that at the beginning of the scheme was disgusting. Some of my parents were really tearful because they worried about how they were going to find that meal.

“I think it’s insulting what she said and I have no issue calling politicians out.”