It comes as pressure mounts on Liz Truss to call a General Election to end the chaos in parliament. 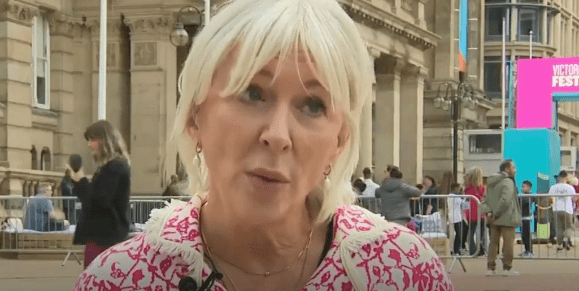 Conservative donors have said they will not support the party if the prime minister is removed, Nadine Dorries says – despite pressure building up from the backbenchers to give her the boot.

Liz Truss’s leadership was in renewed peril as she was accused of “trashing the last 10 years” of the Tories’ record at a bruising meeting with backbenchers last night.

MPs piled pressure on her to restore market confidence in her Government, with reports suggesting she is facing mounting calls to reverse or delay her plan to cancel a rise in corporation tax from 19 per cent to 25 per cent, due in April.

Truss has insisted this and other tax cuts will boost growth, but the so-far unfunded measures in Chancellor Kwasi Kwarteng’s mini-budget have sparked chaos in the financial markets.

A petition calling for her to call a General Election to “end the chaos” is set to be debated in parliament on Monday after reaching more than half a million signatures.

Dorries herself had even jumped on the bandwagon, tweeting: “If Liz wants a whole new mandate, she must take to the country”.

But she seemed to be in a different mood yesterday as the pressure mounted.

And it’s all thanks to the people bankrolling the party, it would seem: